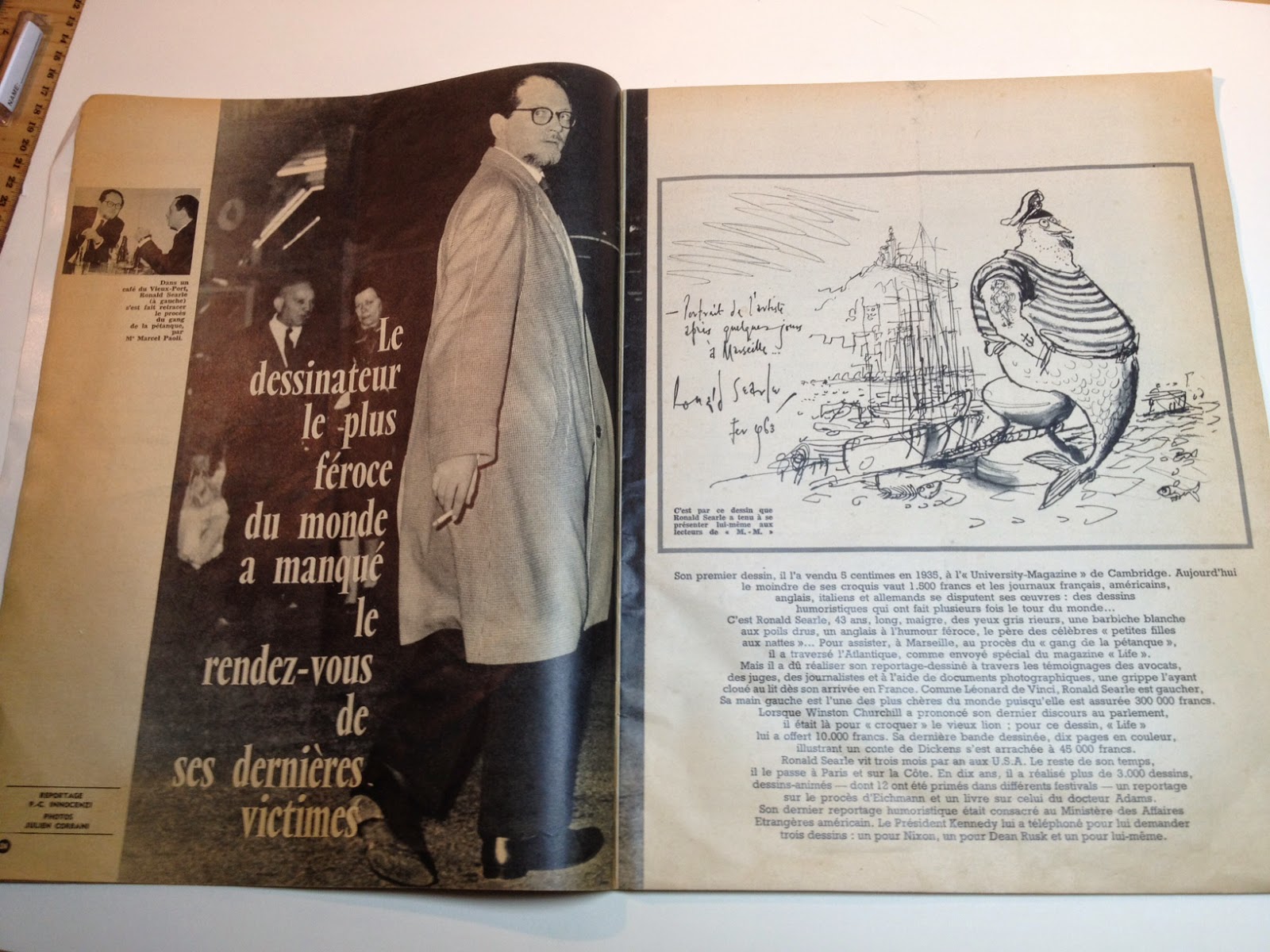 The March 15th, 1963 edition of Marseille Magazine carried an intriguing profile of Searle accompanied by a couple of photos and a drawing I'd not seen elsewhere. The article states he was in the city on assignment for Life magazine to cover the trial of the 'pétanque gang' but missed the appointment due to being bedridden with flu since arriving in France. He made do with the testimony of lawyers, judges and press photographs.

I don't think the drawings were ever published in Life but I believe these are the drawings Searle made. The pétanque players are in the collection of the Wilhelm Busch – Deutsches Museum für Karikatur und Zeichenkunst, Hanover. 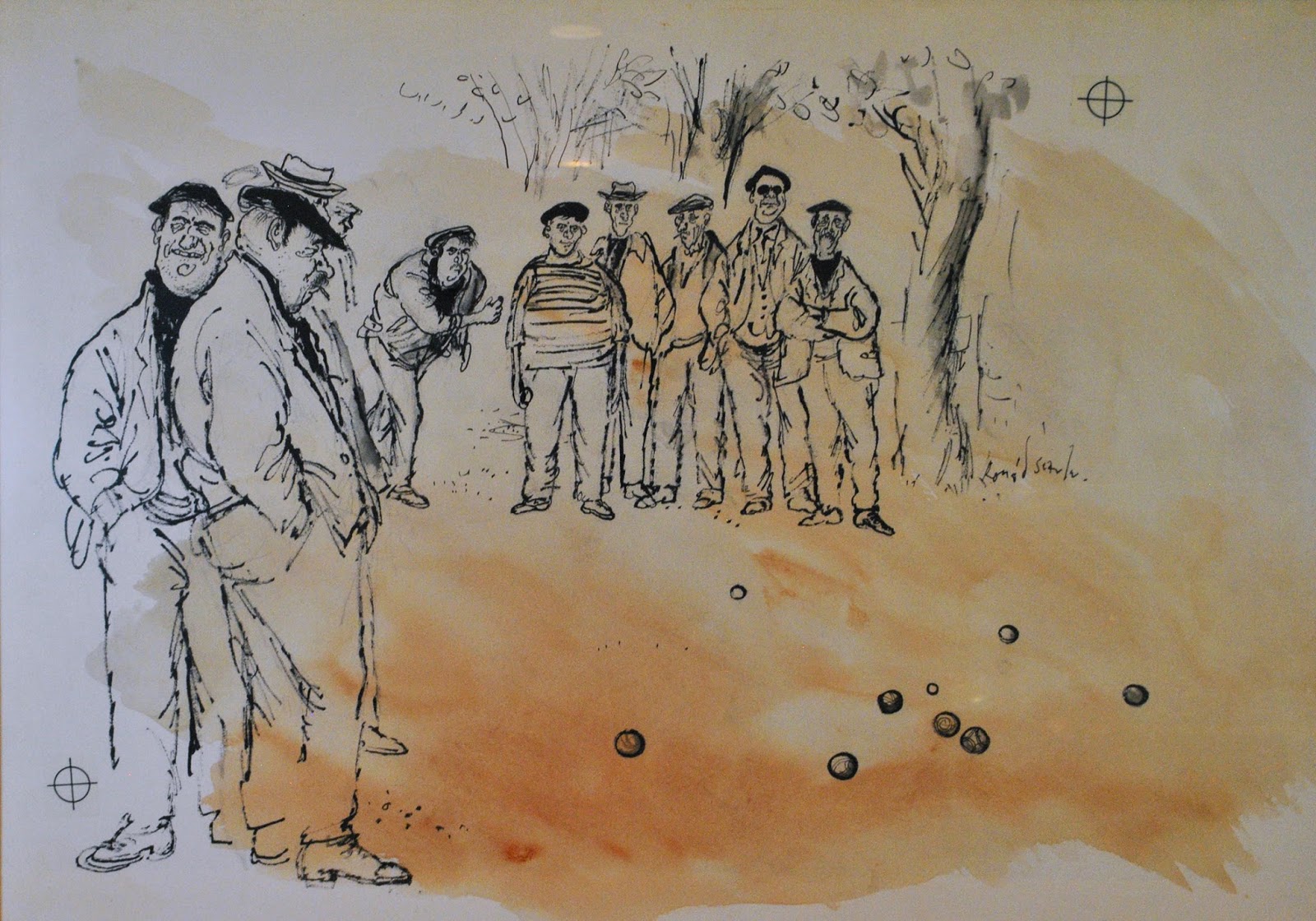 This stunning panorama of the Marseille palais de justice is held at the Billy Ireland Cartoon Library & Museum at OSU, Columbus, Ohio. It's a large format drawing and Searle took great care with the likenesses of all the accused and the defender and prosecutor, noting their names along the bottom edge of the picture. 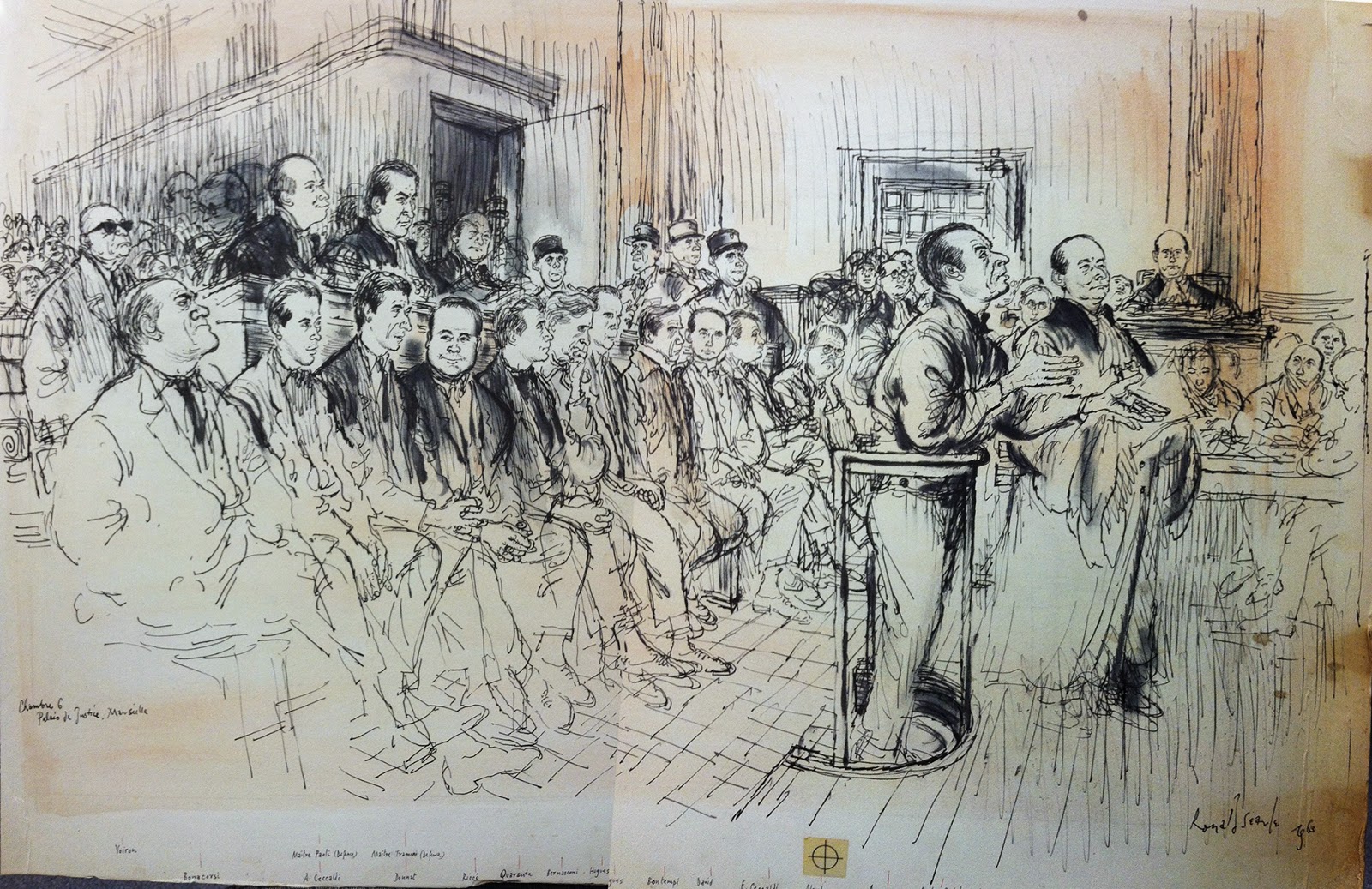 The Billy Ireland Library also has this depiction of the judges presiding over the case: Gaudaire, Vincentelli (President), Lucciardi 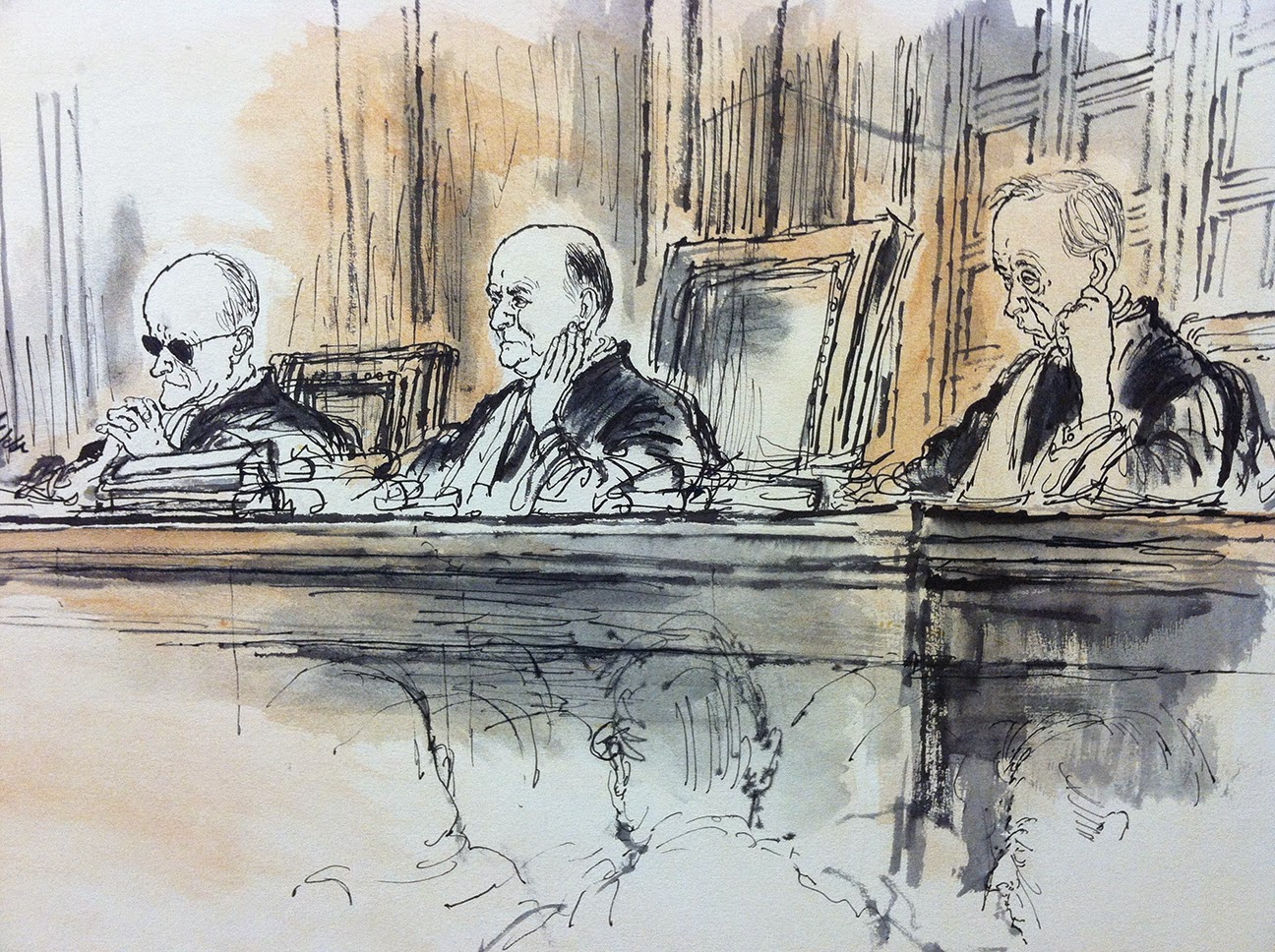 The article is somewhat obsessed with the artist's financial rewards since becoming 'le dessinateur le plus féroce du monde' stating that his drawings for French, American, English, Italian and German magazines reap at least 1,500 francs and that Life offered 10,000 francs for a drawing of Winston Churchill's last speech in Parliament  (a drawing of staggering detail that deserved the price).

The article estimates that in the past decade the Searle produced 3000 drawings which I can only conclude is no exaggeration after seeing so many in collections around the world.
Revealingly the last sentence drops this bombshell: 'his last humorous story was devoted to the US Department of Foreign Affairs. President Kennedy phoned him to ask him for three drawings : one for Nixon, one for (Secretary of State) Dean Rusk and one for himself.'
This was published in the December 1961 issue of Holiday magazine and one can only speculate as to which of those famous politicians chose which drawing . . . ? 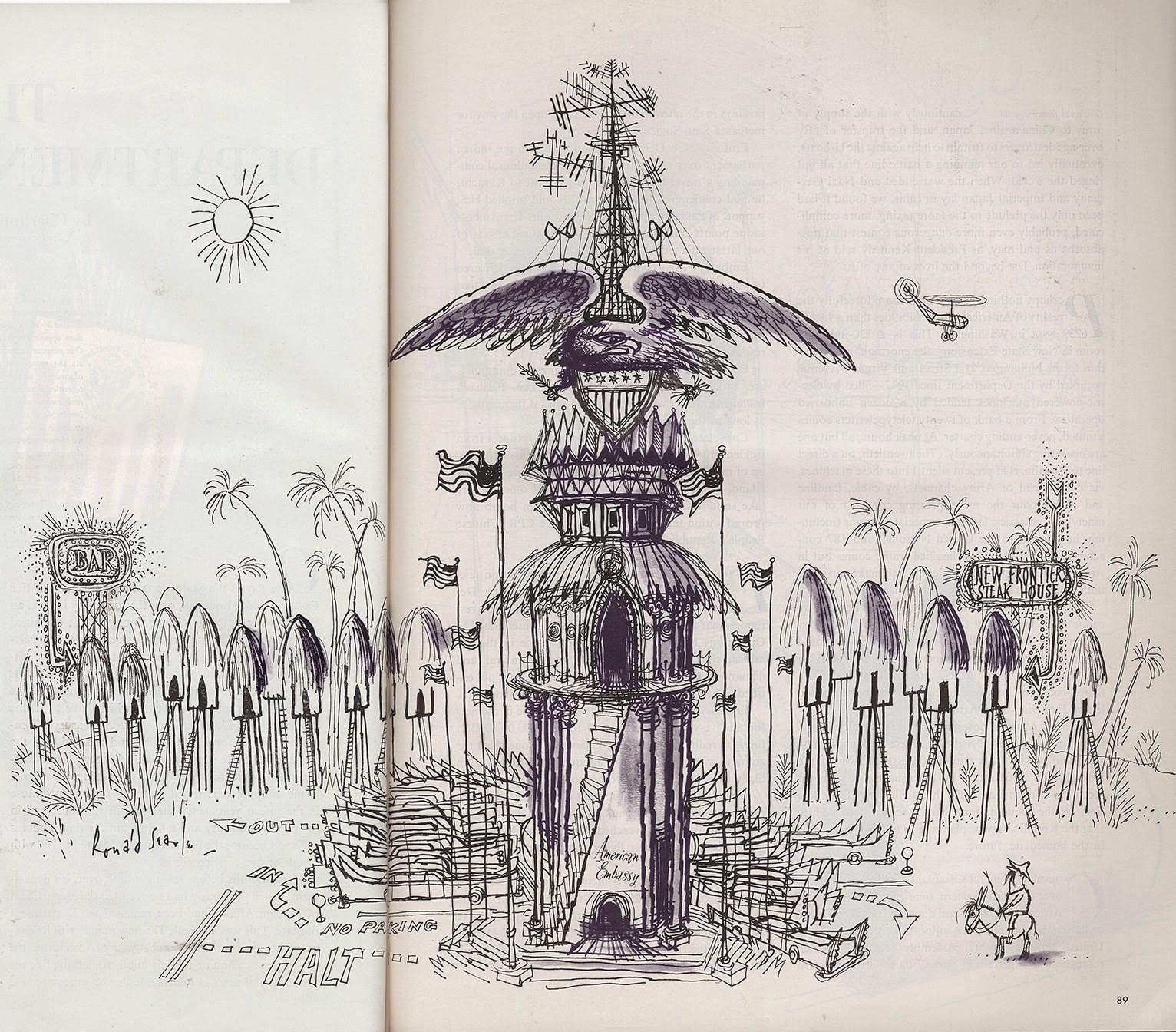 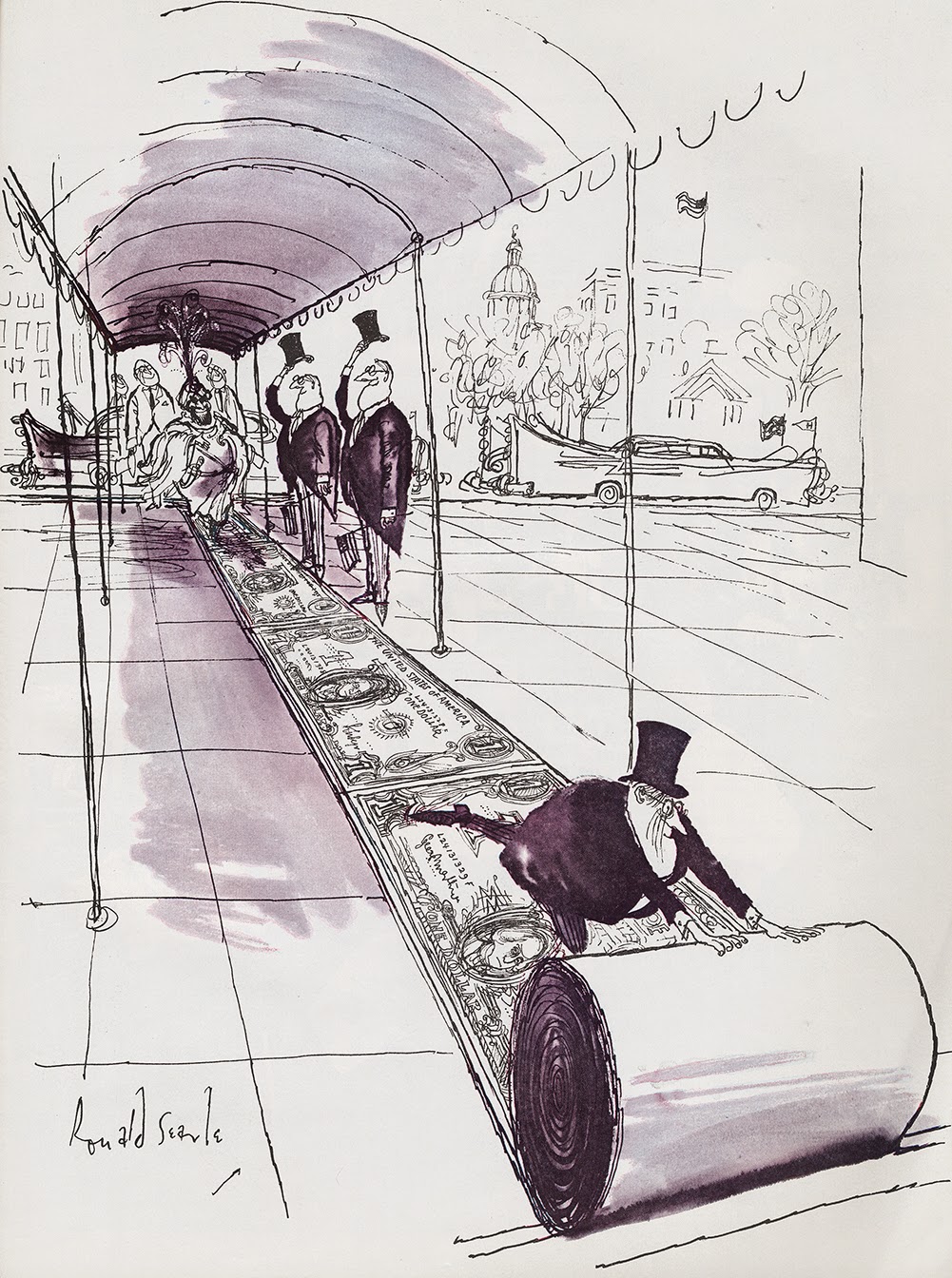 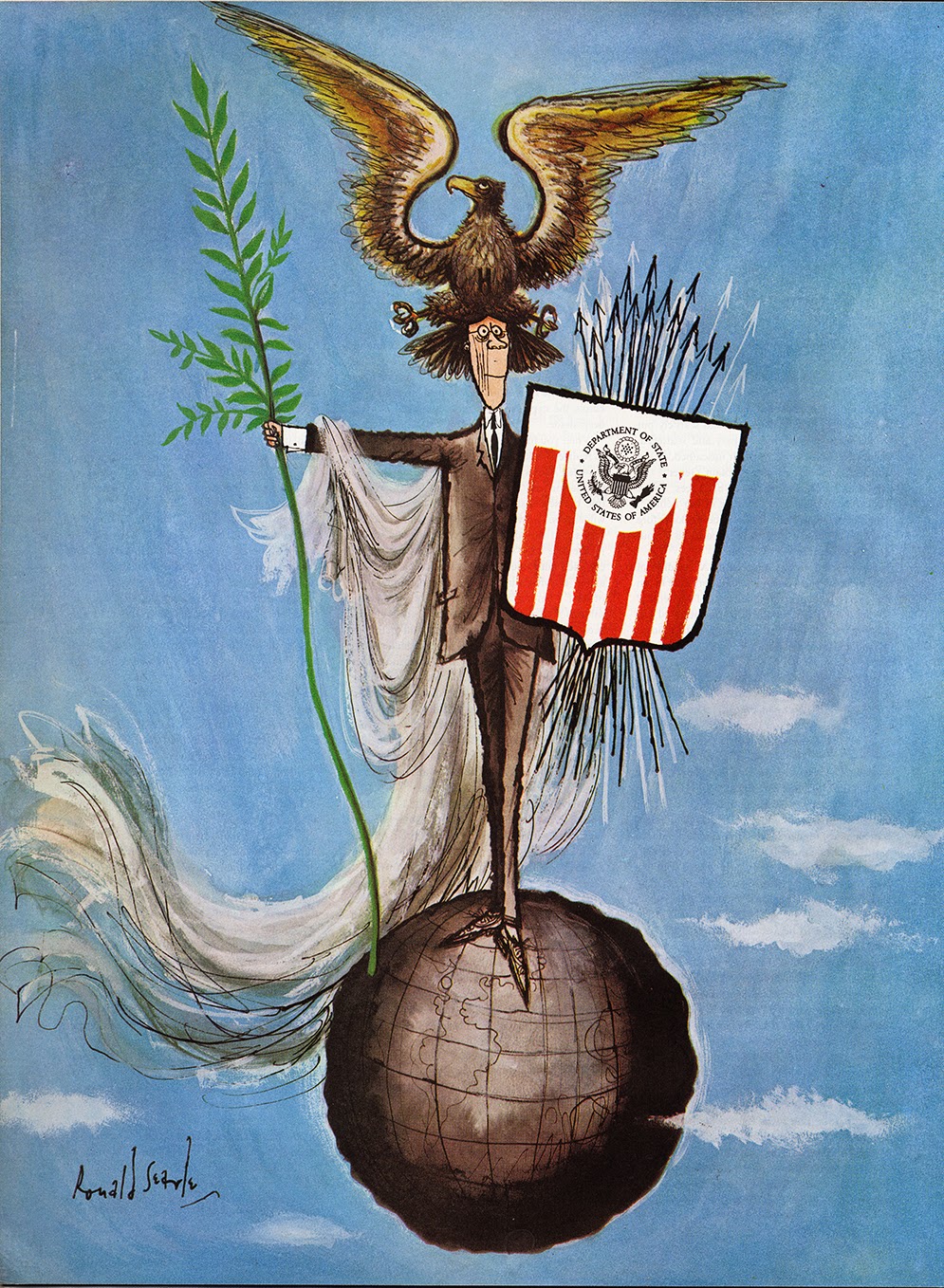 Posted by Matt Jones at 6:17 AM No comments: 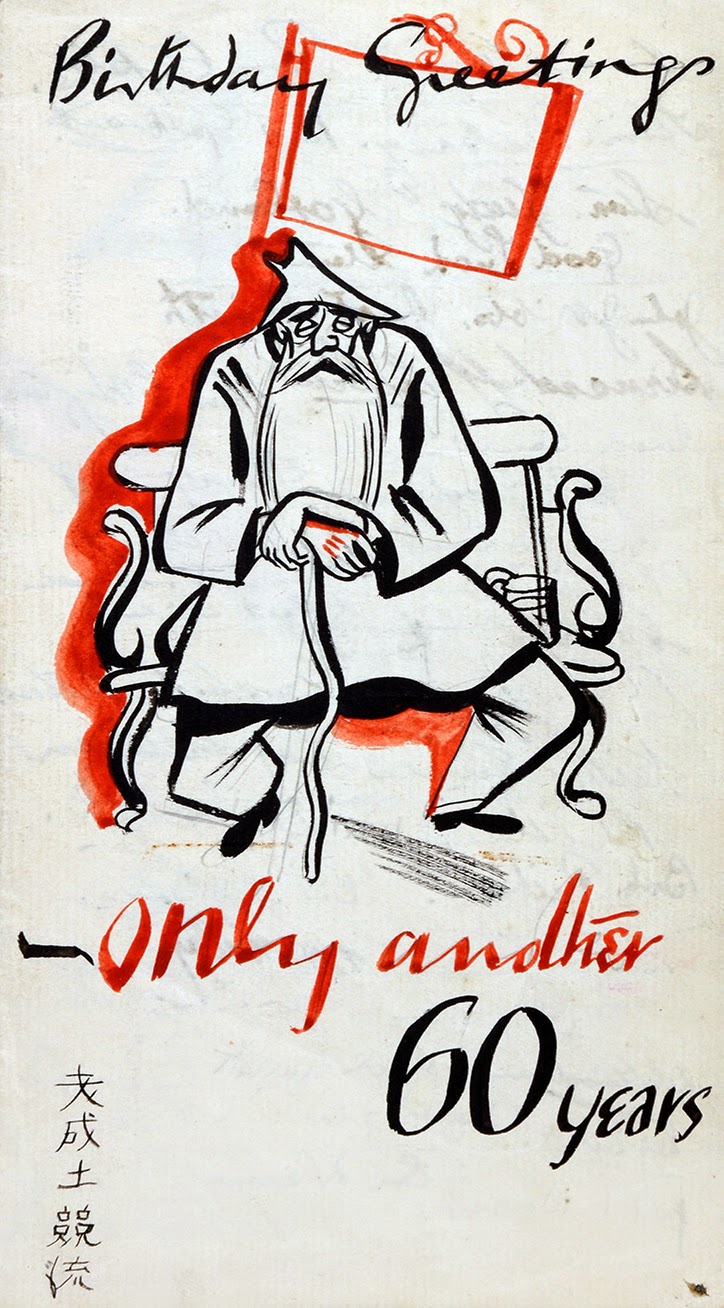 Posted by Matt Jones at 4:45 PM No comments: