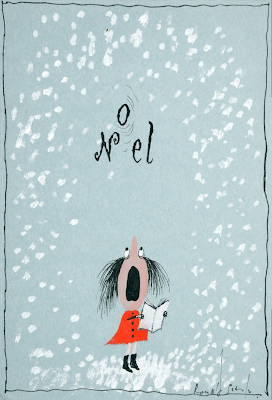 This lovely Christmas card must've been the inspiration for the Puffin Songbook or vice versa. 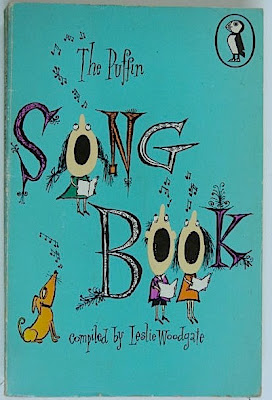 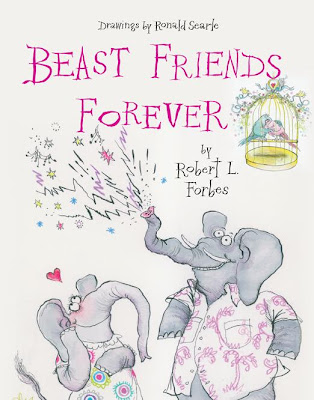 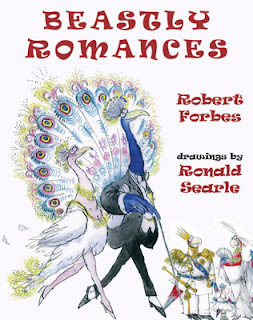 It is one the biggest scandals of our Honours system that Ronald Searle was not knighted. I suppose the bureaucrats in Whitehall thought he was ‘only a cartoonist’. Yet he was on the high shelf with graphic satirists like Hogarth, Gillray and Cruikshank.
Searle was a major artist - a million times superior to Damien Hirst or Tracey Emin or any of those. I am proud to say the cover he did for my book What Am I Still Doing Here? was his final commission. In a typically generous gesture, he gave me the original painting.
As for this particular book, all we are told is that ‘the drawings happily were completed a while ago’. What a delight they are. Flirting elephants, strutting peacocks and blushing peahens, intertwined snakes, a boar serenading a simpering sow.
The drawings are so sunny and romantic - amazing to think that Searle was in his 90s when he died, and had once been a Prisoner of War in Singapore, witnessing and enduring the worst Japanese atrocities. He had every right to be bitter and twisted, but was the opposite. A genius.

In February 2008 Ronald had agreed to meet me in a couple of months but the Searles' annual visit to Paris for health treatment postponed this to September. I was of course very excited to finally get the opportunity but it also impressed upon me just how frail they may be at this late stage of their lives.

The date in September came around and one Saturday morning (all meetings with Ronald were on Saturdays-he was busy with work during the week) I once again made the not un-pleasurable drive from the Cote d'Azur up to the Var. 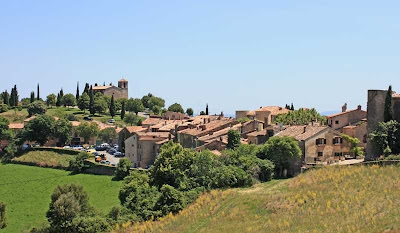 I arrived in Tourtour maybe an hour before our scheduled appointment and walked around the village rehearsing what to say to a legend when he opens his front door.  In the event it wasn't Ronald who answered my knock but a French lady who I took to be the Searles' home help.  She led me through to the kitchen in the back.  The walls were modestly adorned with artwork-not too many pieces and not Searles' own.  Just a small collection of historical caricatures by Gillray and Cruickshank.

I stood in the kitchen and waited.  Chez Searle was a warren-like abode, expanded over decades by combining four adjoining properties. Ronald entered the kitchen descending a short flight of steps that dropped from the lounge area at a higher level. He was immaculately dressed, his head of silver hair neatly brushed and sporting his trademark beard, now silver. "Hello Mr Searle" I smiled and as we shook hands I noticed his hands twisted by age, years of drawing and injury sustained as a POW.

We sat together at the kitchen table and started the type of conversation that comes easily between creative types; he knew I was a professional cartoonist and trusted me and indulged my sincere interest in his work and career.  I was surprised that he was interested in my work and was happy to browse my portfolio-he was honest and held little regard for computer created design work!  He much preferred the looser, hand drawn sketchbook work and drawings from life.

Introductions accomplished and aware of the short time frame I steered the conversation to his work-I had prepared questions and had a lot to get through. One hour turned into two and his already rasping voice became hoarse.  As the clock ticked I felt guilty encouraging him to tell more wonderful tales and inevitably he called time saying that his wife Monica was ill upstairs and needed his attention.

I had brought a stack of his books with me that we had examined with my specific questions.  I asked him to sign only one-trying to maintain a professional cartoonist stance and suppress the rabid fan!  (There were instances while we talked where I squealed inside "I'm talking to Ronald Searle!!" but kept it checked knowing I must concentrate on memorising everything he says because I'd have to write it all down later).

As he led me to the front door I told him that I maintain a website dedicated to his artwork and he made a note of the address-I couldn't quite figure out at that point if was online or not.  Being a very private individual and wanting no distraction from his work he was known to be only contactable by fax or written correspondence.  Although he had said he finds dip pen nibs on Ebay.  I would later realize he was entirely connected with the world via the internet. 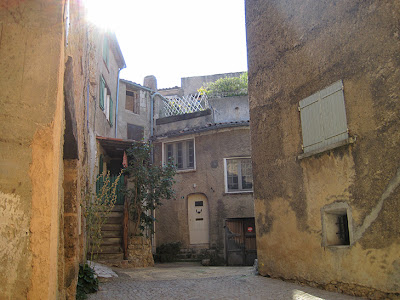 We waved good bye and I was regretting not being able to get a photo with him-if only to prove to myself that this meeting with a legend had occured.  As I walked away from his house he touchingly said "I'm always here".
I had been living in France two years at that point and left a few months later. I wish that I had met Ronald earlier and been able to visit him more often when I lived 'locally'.  However we continued our old fashioned correspondence by written letter and the day before I left for the UK I received a package from him.  Knowing my interest in animation he had made duplicates of photos of him working on Energetically Yours and a vhs tape of animated spots he made with Ivor Wood. Gold! 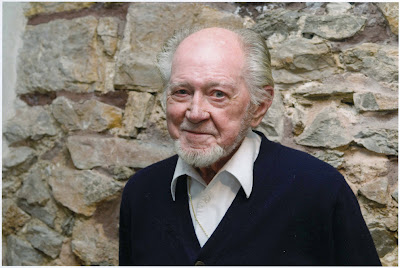 Part 1 of Remembering Ronald is here