The Strand magazine, founded in 1891, was a monthly, pocket sized edition by the late forties in a similar format to Lilliput magazine.  It featured many of the same illustrators and cartoonists but Searle's work for the magazine was more realistic than the cartoonier Lilliput work (e.g.. St. Trinians, Patrick Campbell's stories).
Again this shows  the range of Searle's work. Post war he was hungry for any editorial assignments he could find and was proud of his versatility. The work for 'The Strand' demonstrates an avenue that Searle could have pursued had the St. Trinians cartoons not made his cartoon style define him.  He also employed this style for other magazine work of the period including London Opinion and John Bull magazines.

'The Fourth Patient'
A Short Story by John Connell
The Strand magazine, October 1947 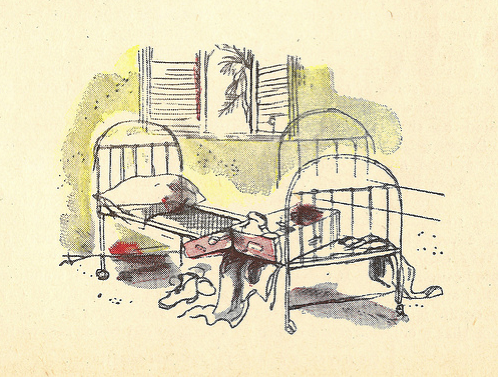 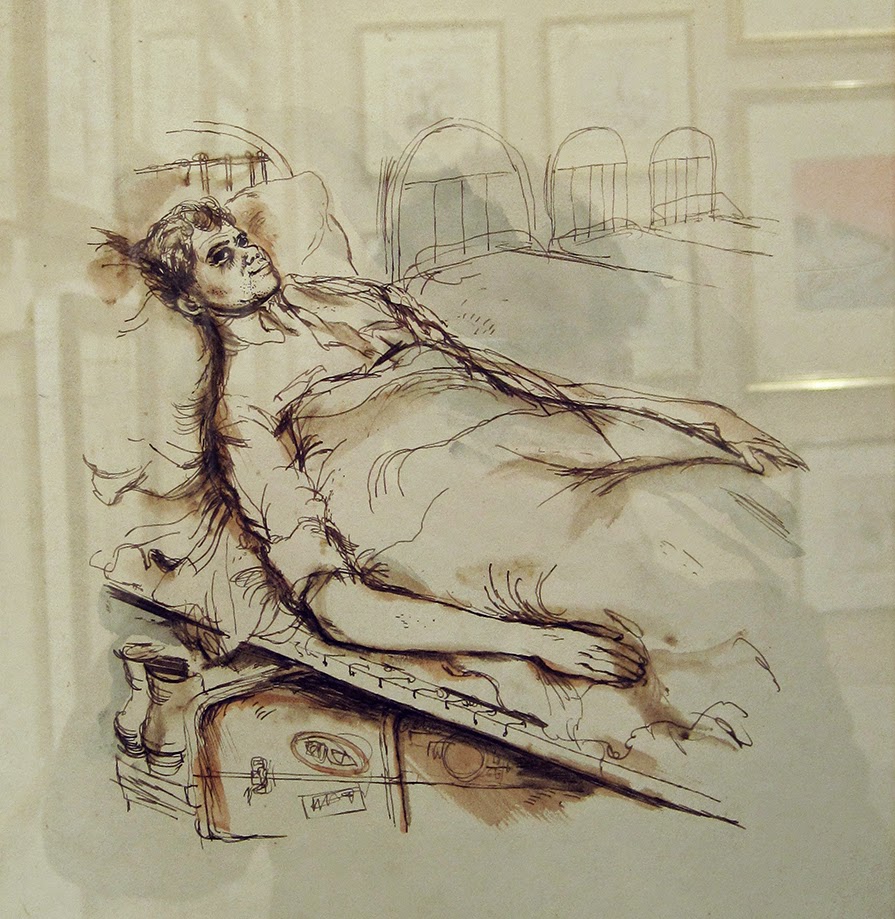 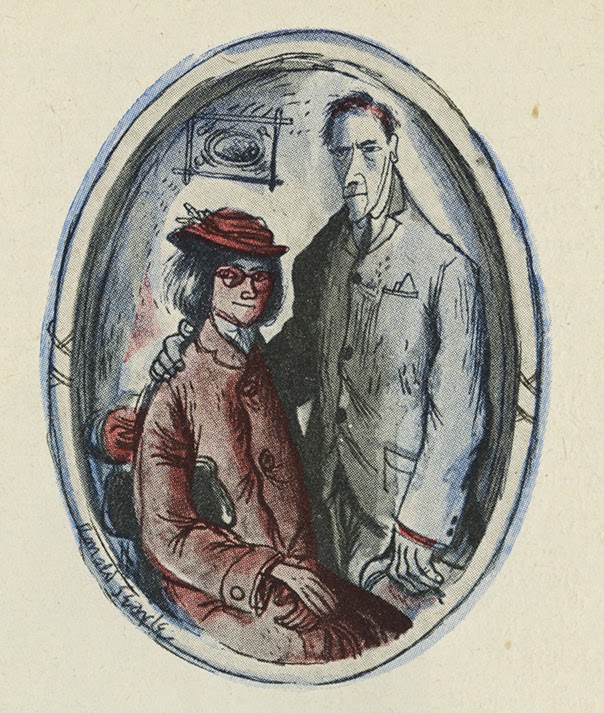 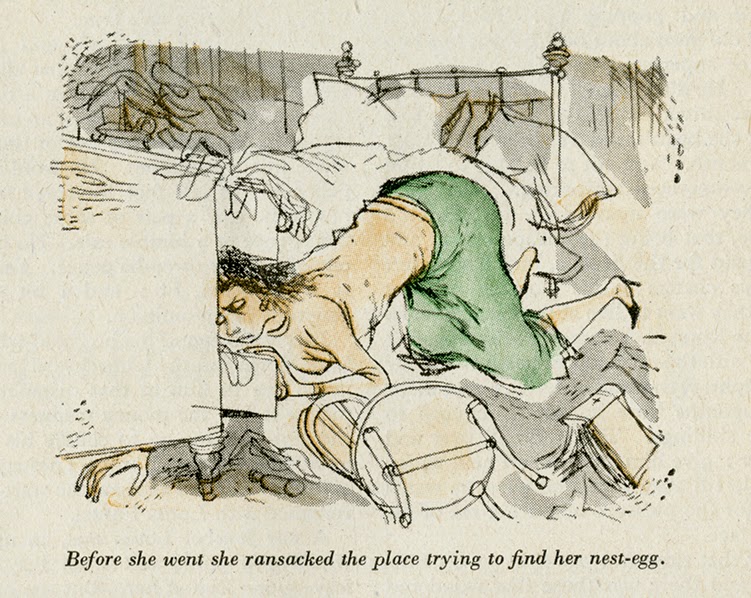 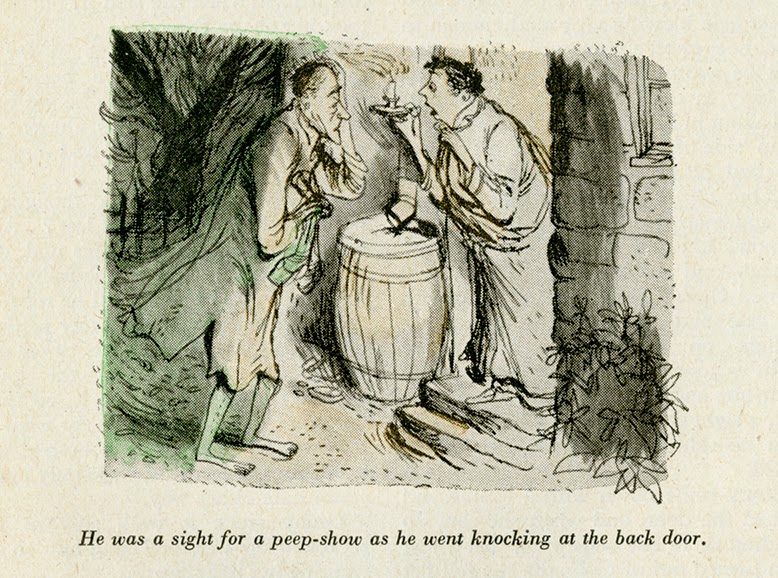 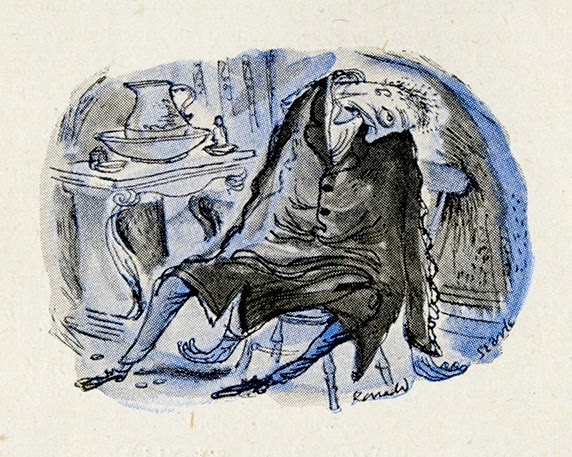 'North of Bombay'
A Short Story by Bernard Fergusson
The Strand magazine, April1948 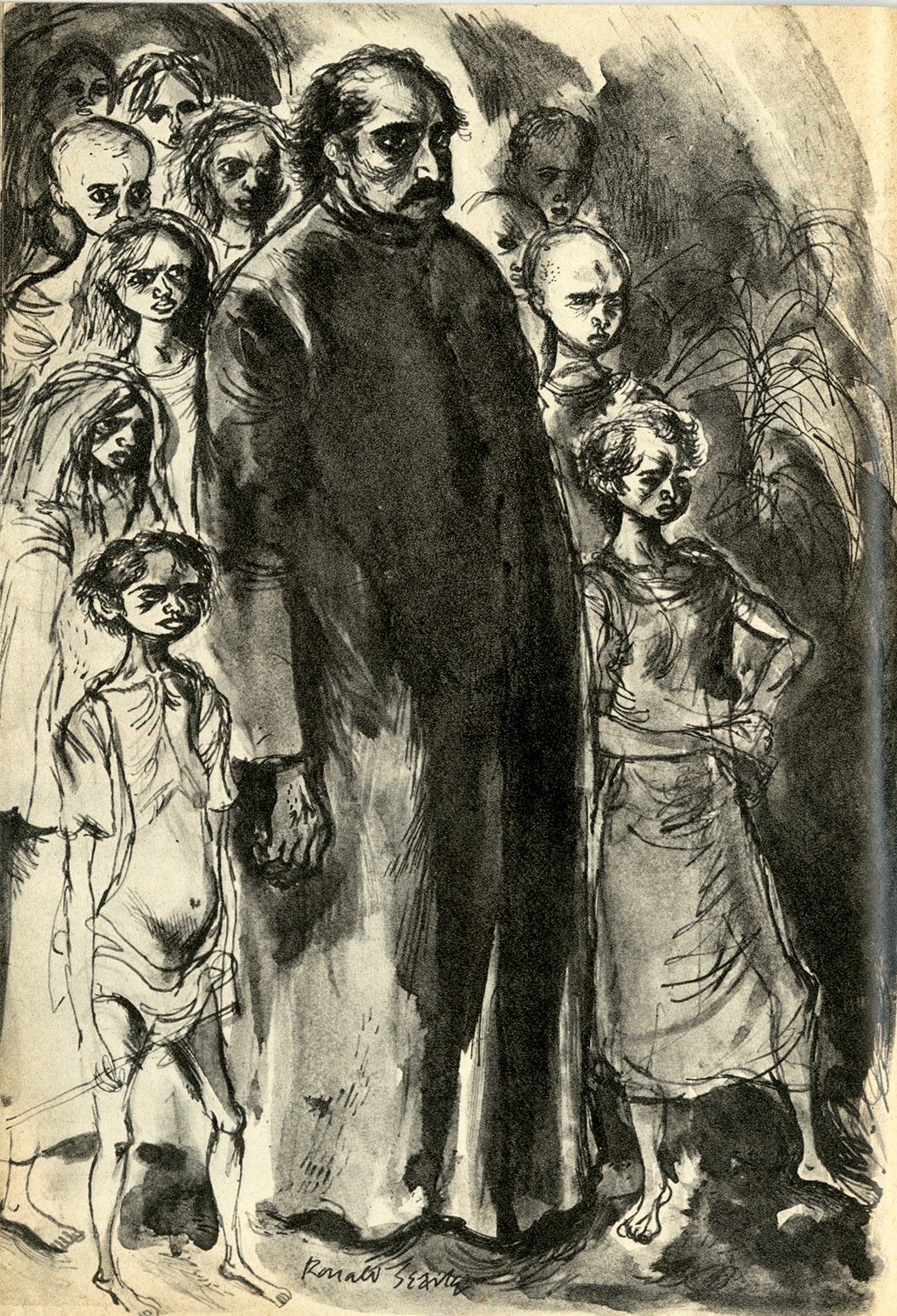 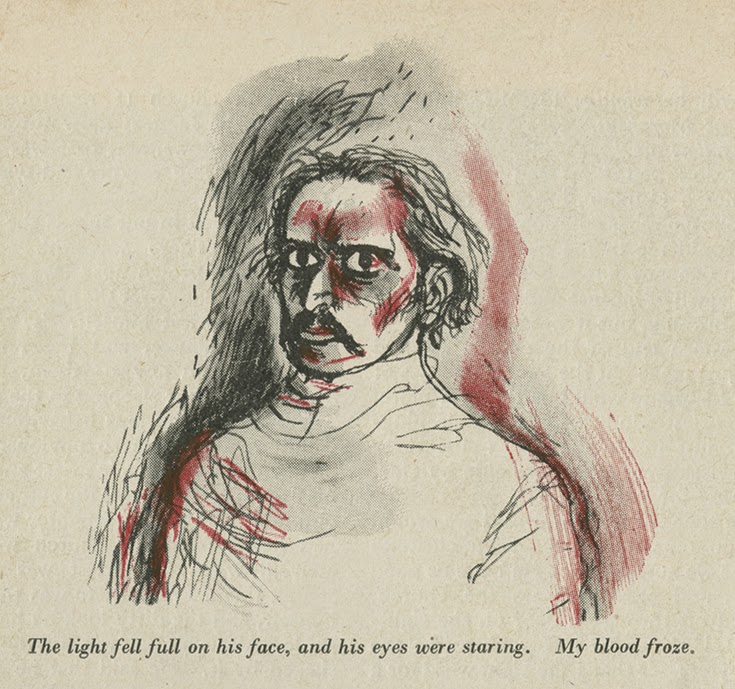 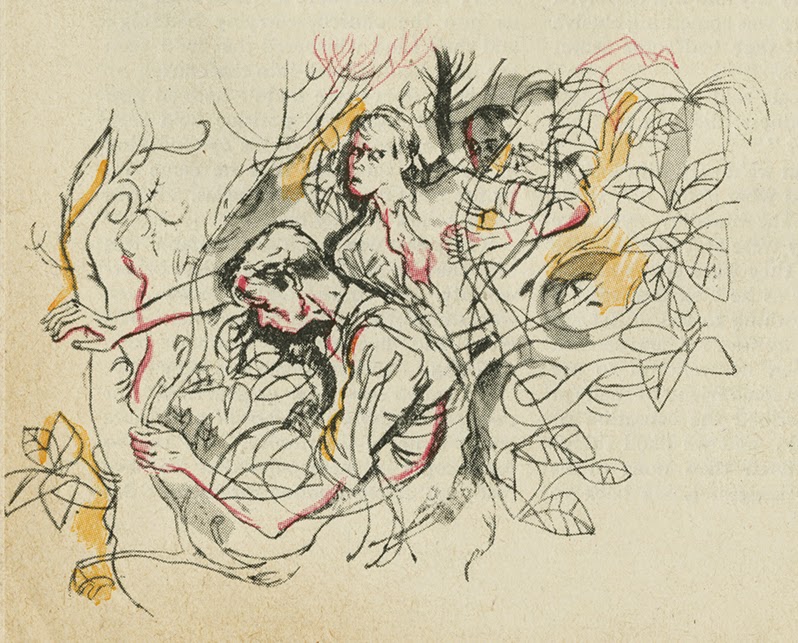 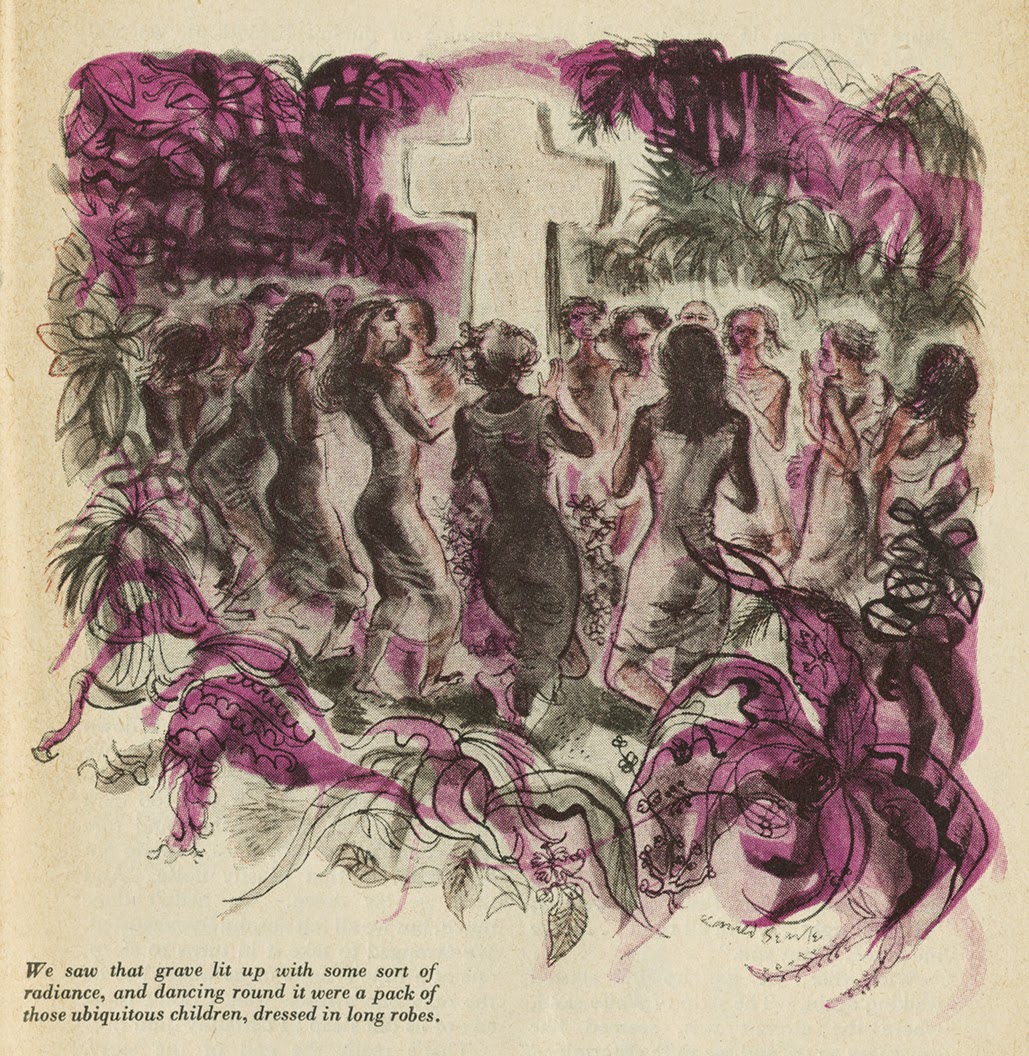 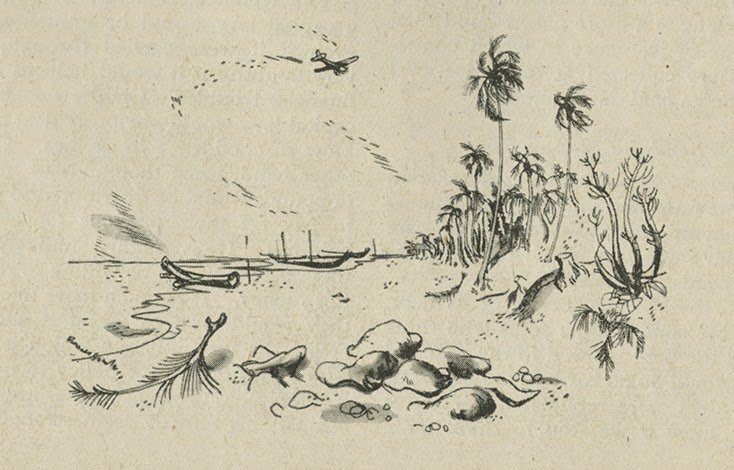 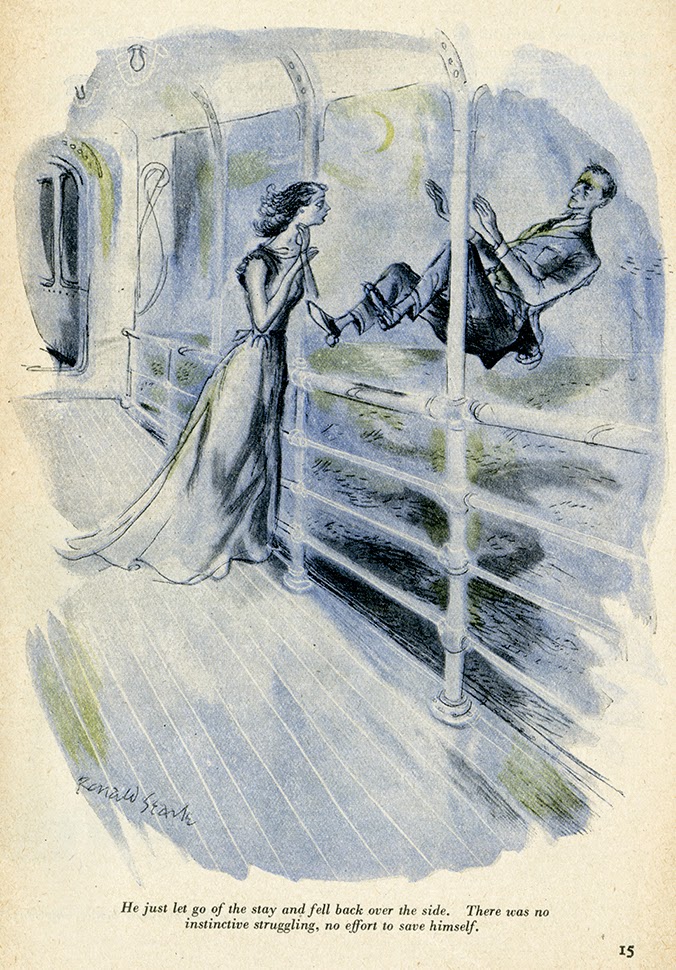 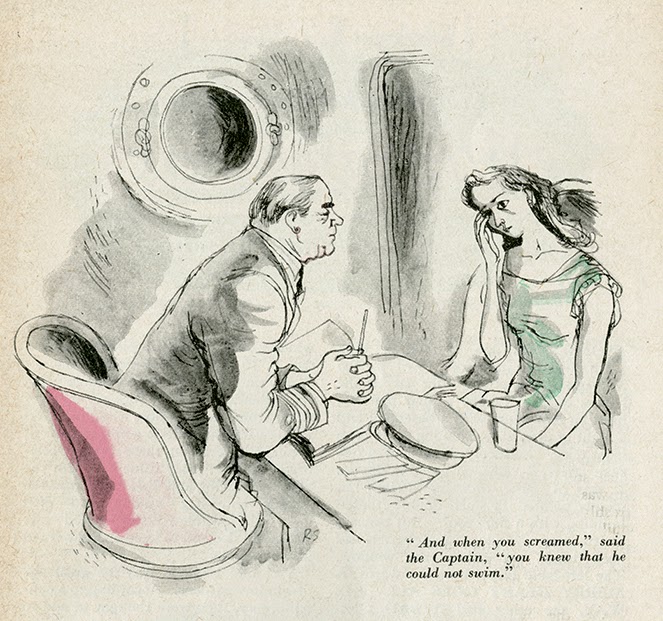 Below- The Strand magazine, August 1948 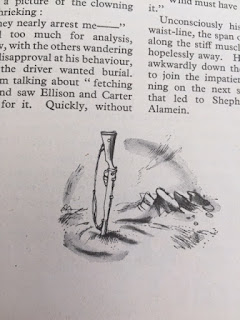 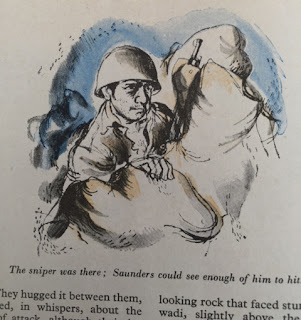 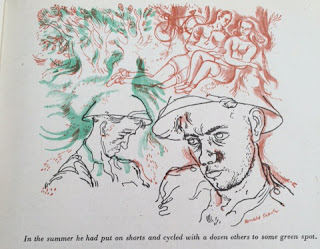 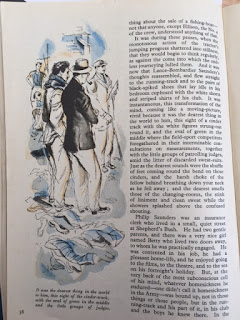 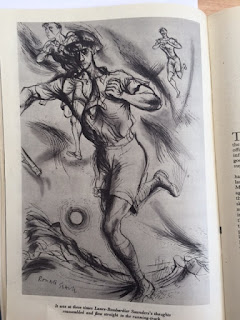 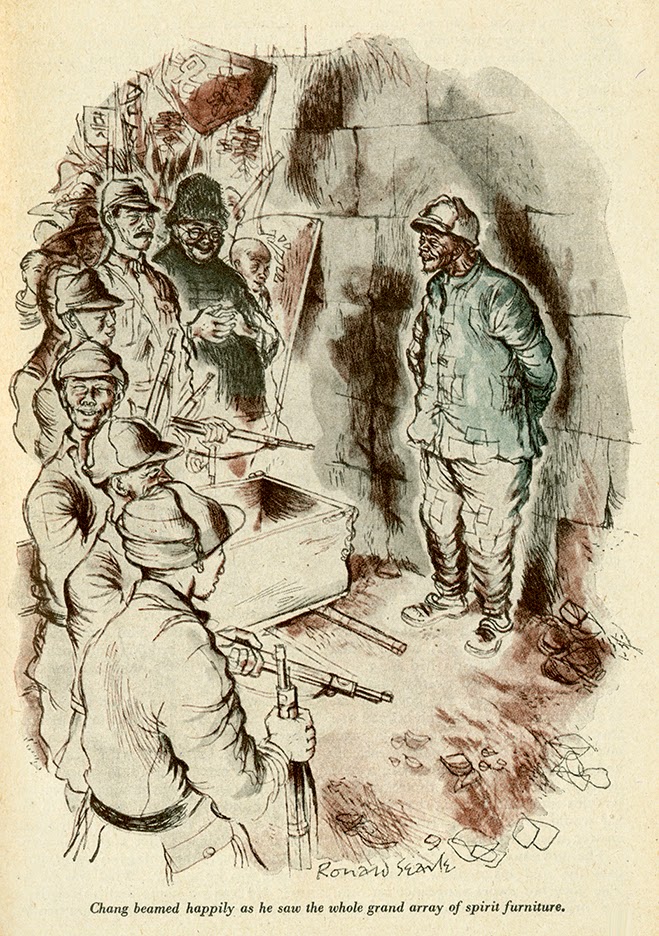 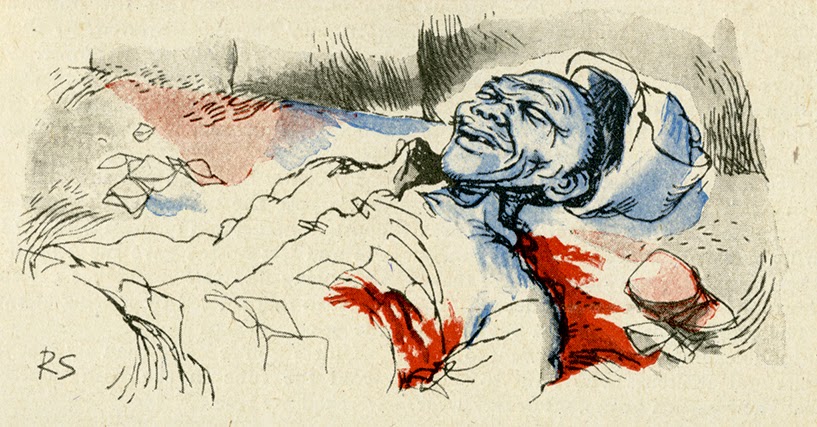 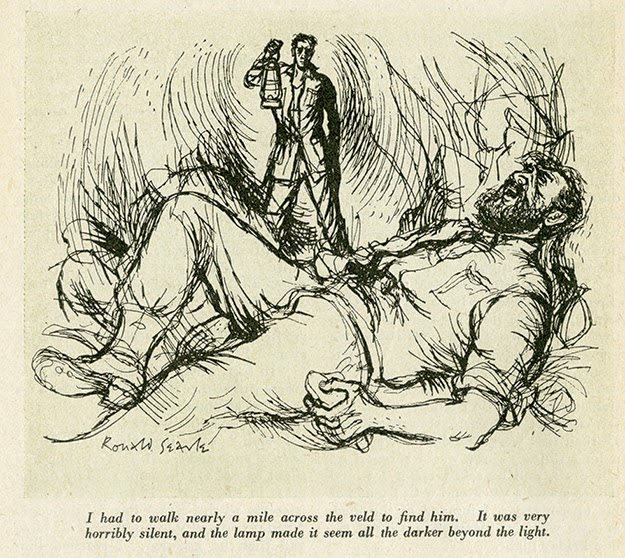 'The Snake Charmers of Egypt'
A short story by Russell Pasha
The Strand magazine, February 1949 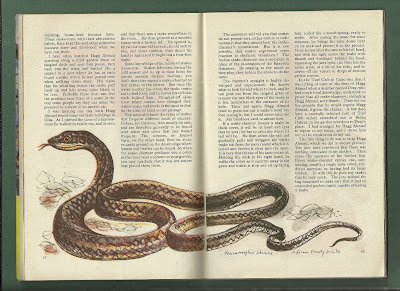 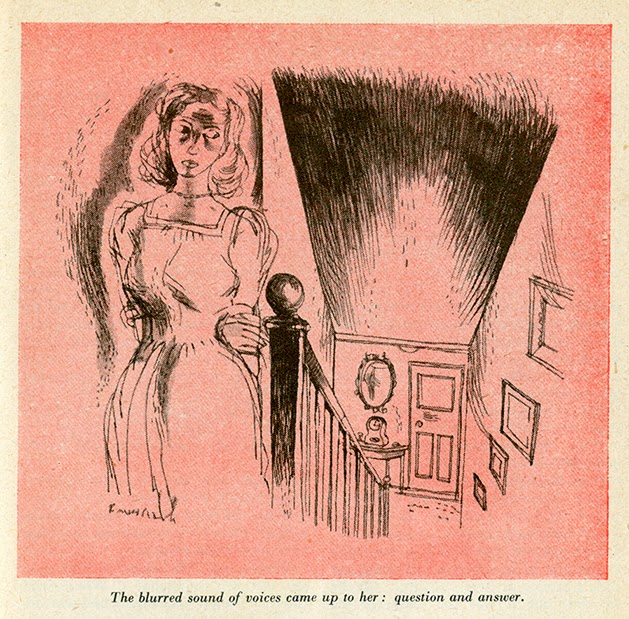