Lilliput magazine was a popular, pocket sized magazine of the 1940s-50s. Searle's work for the magazine fell into two styles; the broad cartoons of St. Trinians and the Patrick Campbell series; and more naturalistic illustrations accompanying short stories. 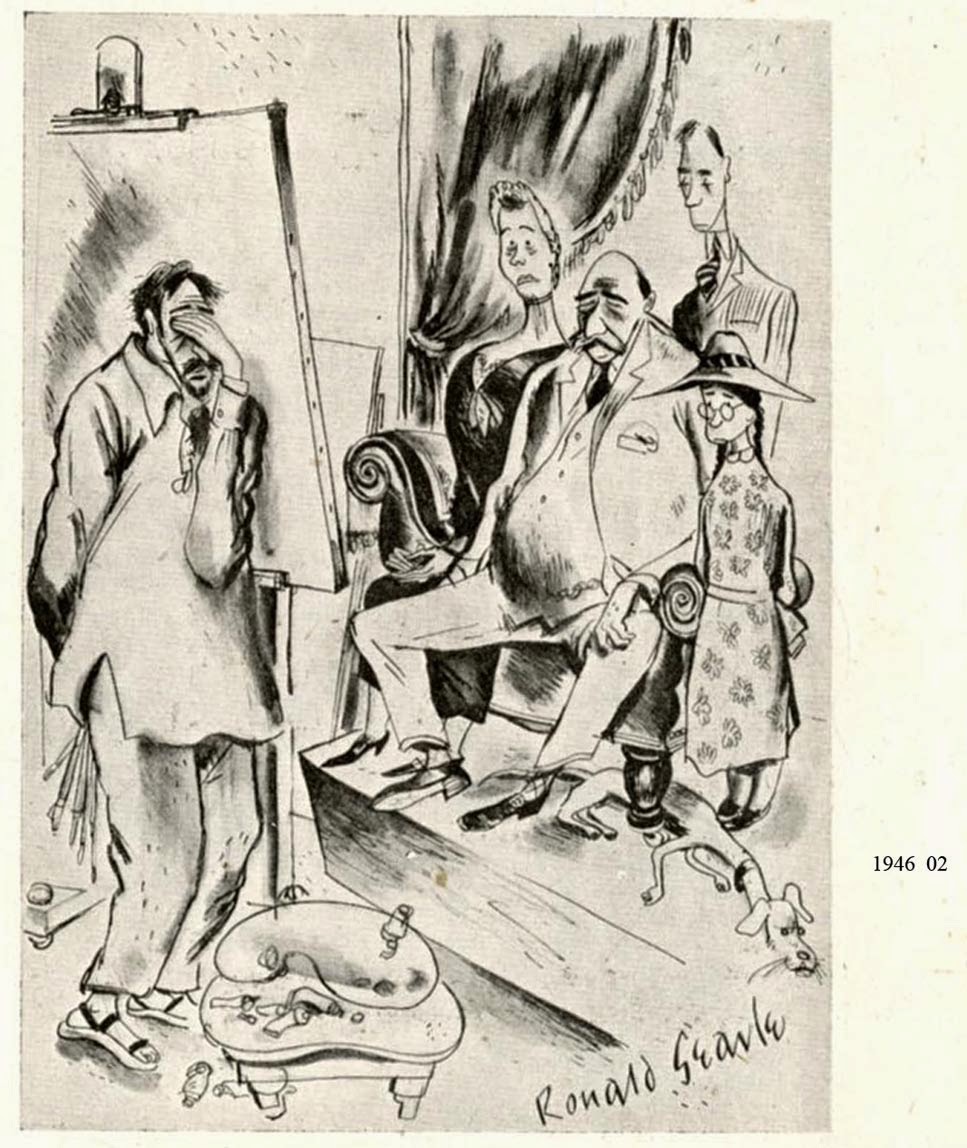 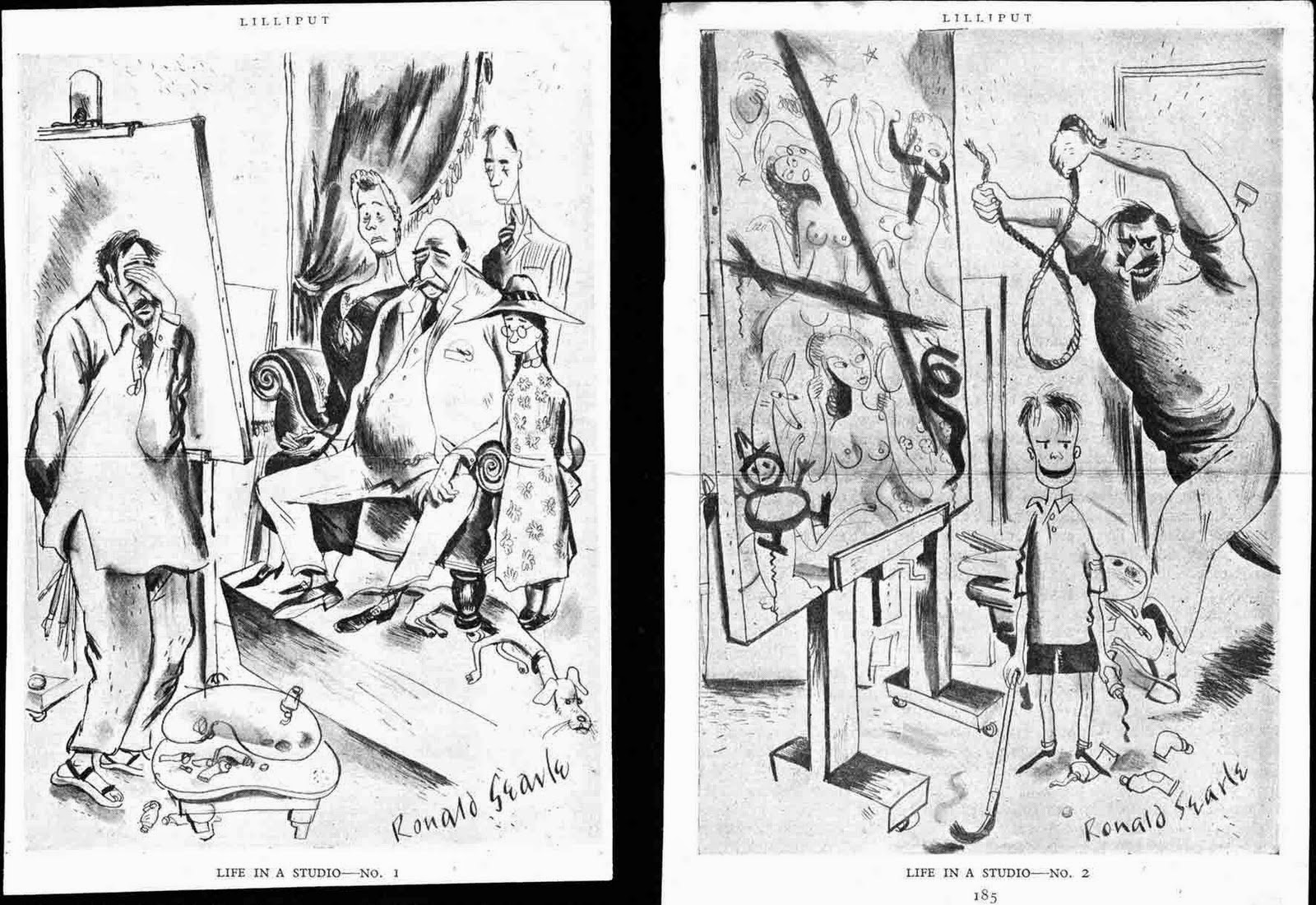 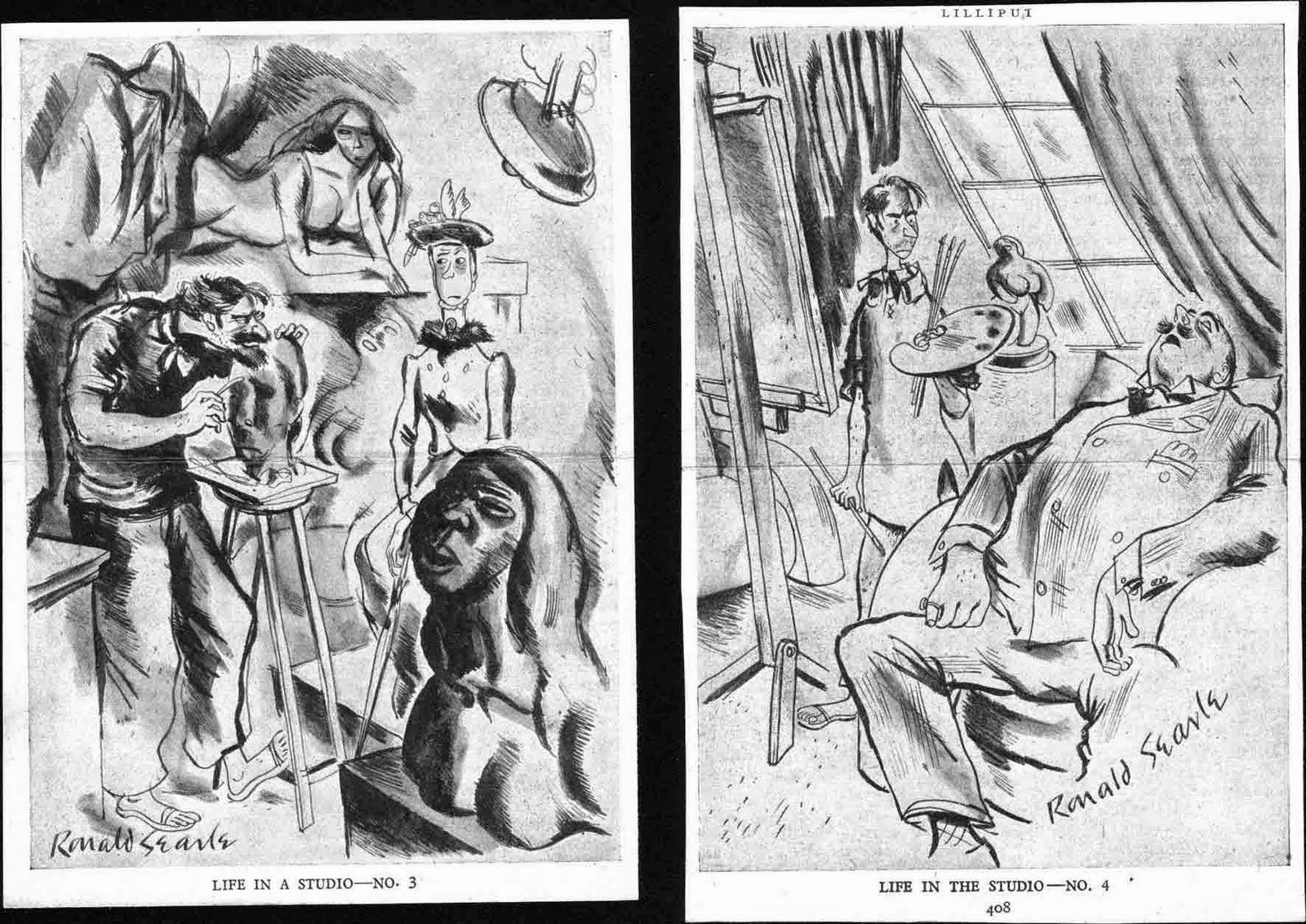 These two studies are in the Victoria & Albert Museum, London. 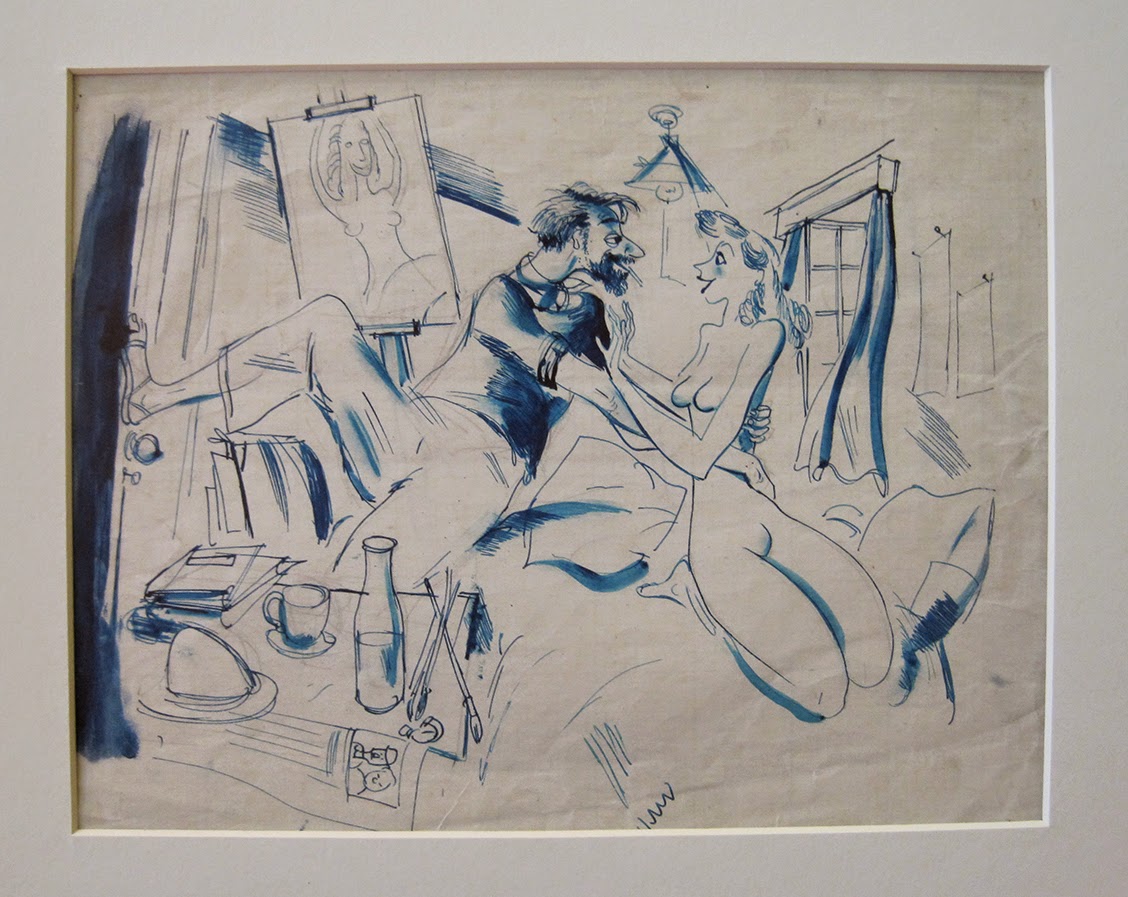 Two sketches for 'Artist & Model' a cartoon for Lilliput magazine. Searle thoroughly explored the composition and forms of his figures before working up the final drawing. It looks like the first one was almost final then abandoned? 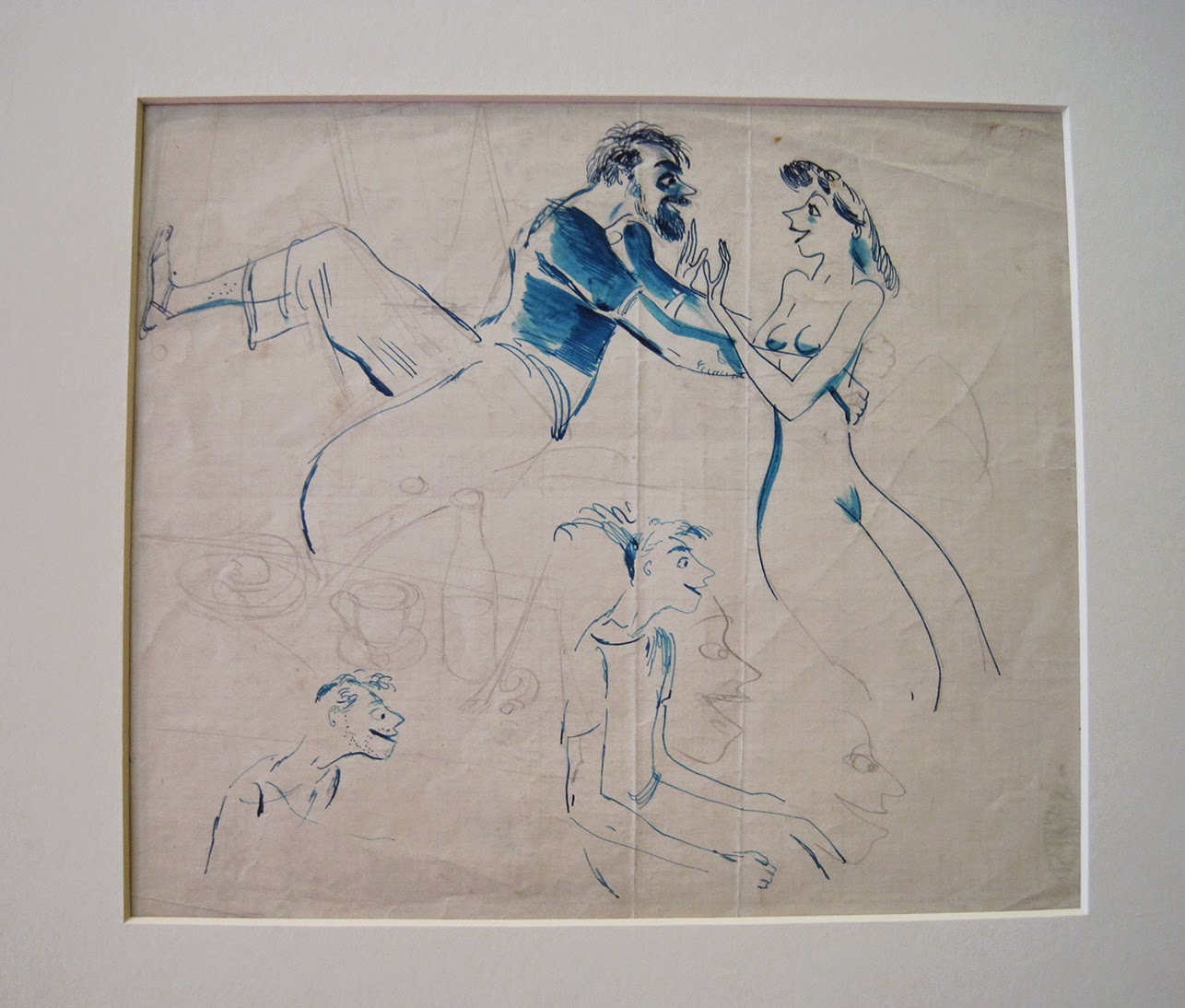 The same here: a study and a more worked up final but I'm not aware of them seeing publication in Lilliput. 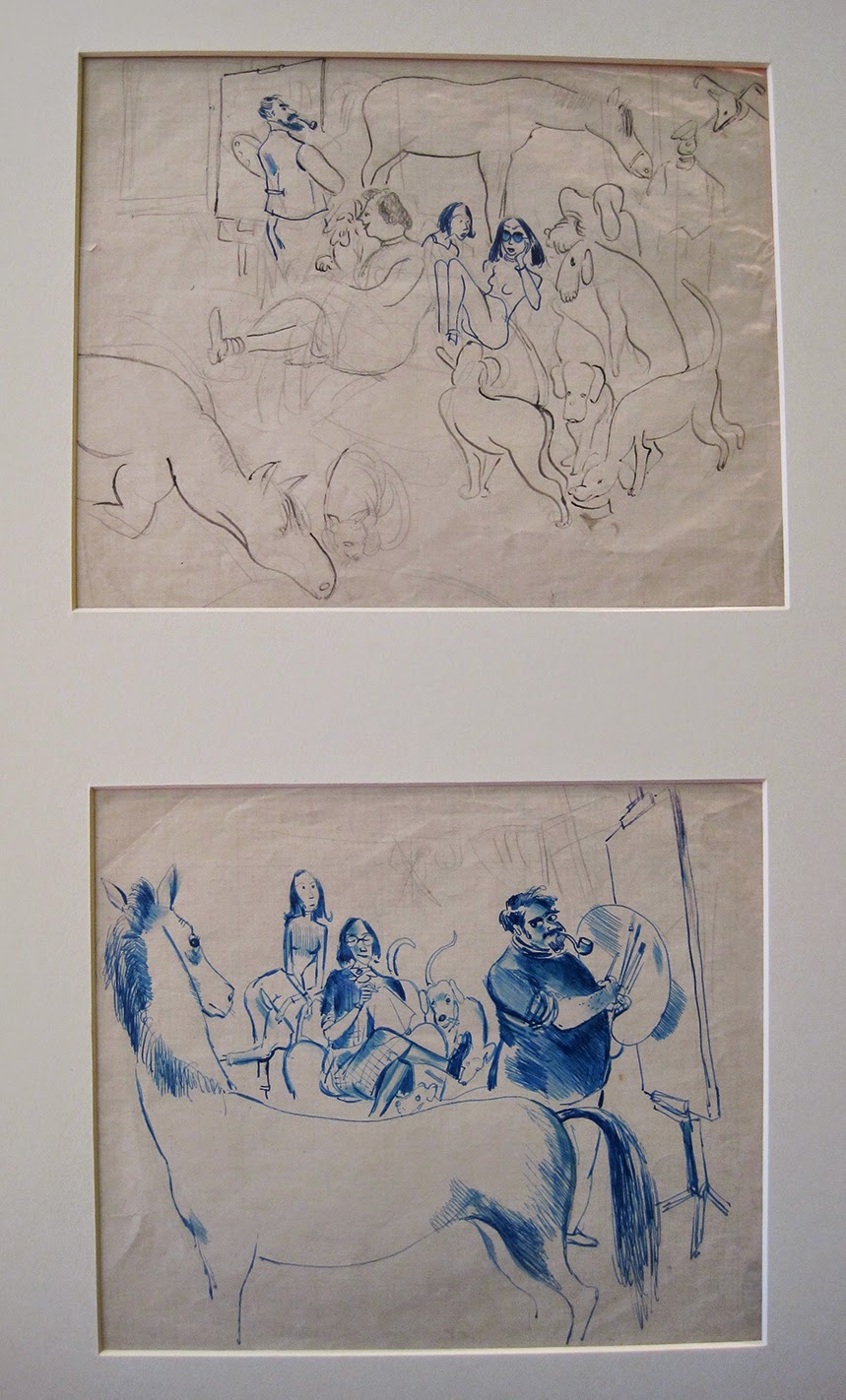 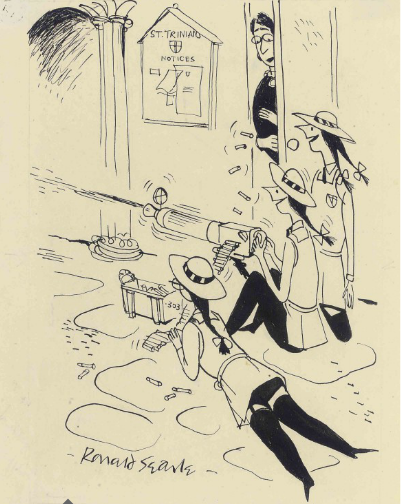 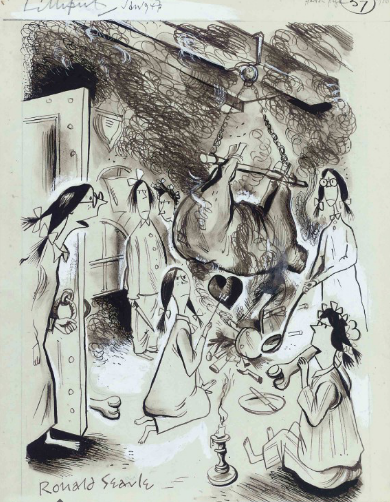 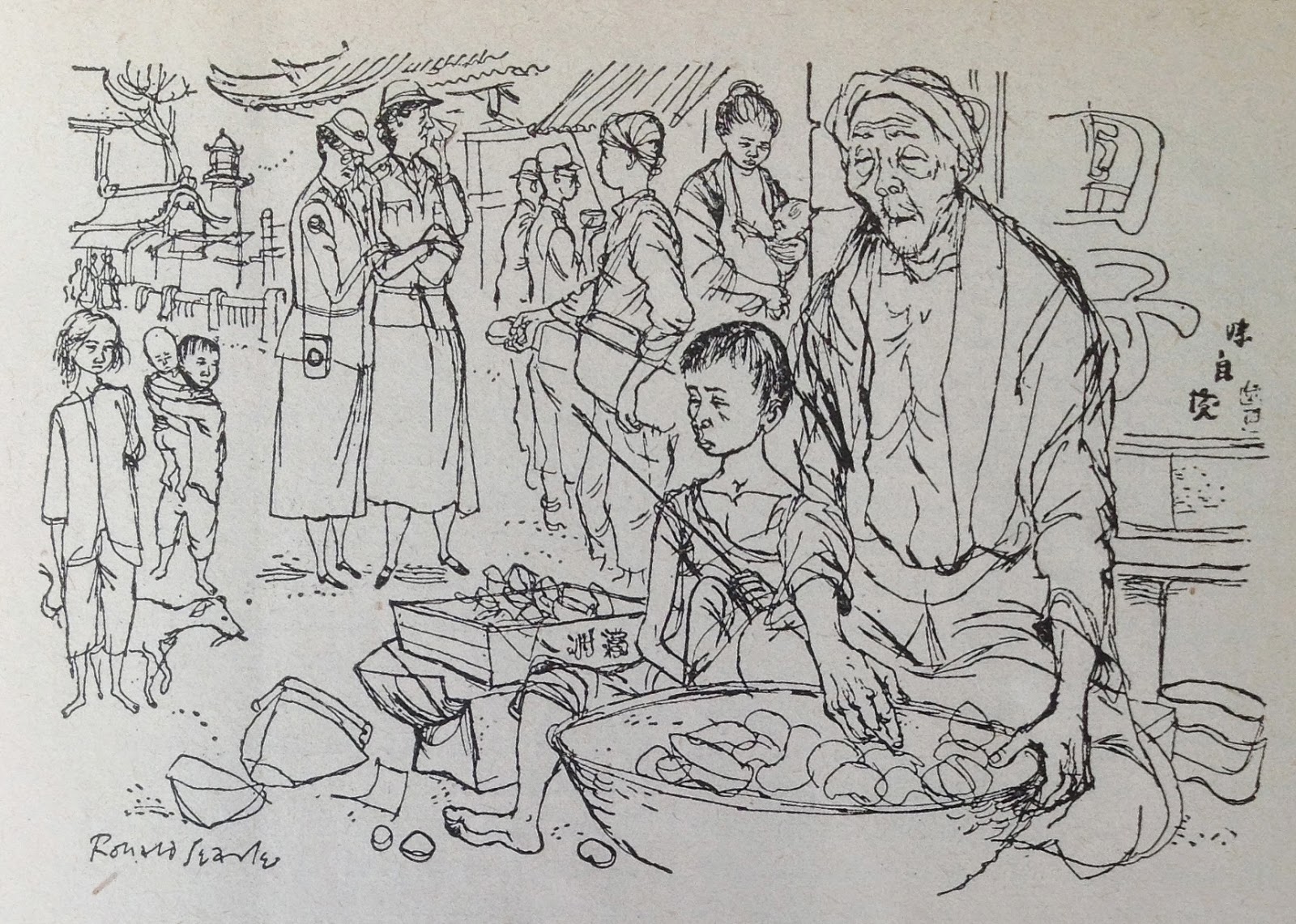 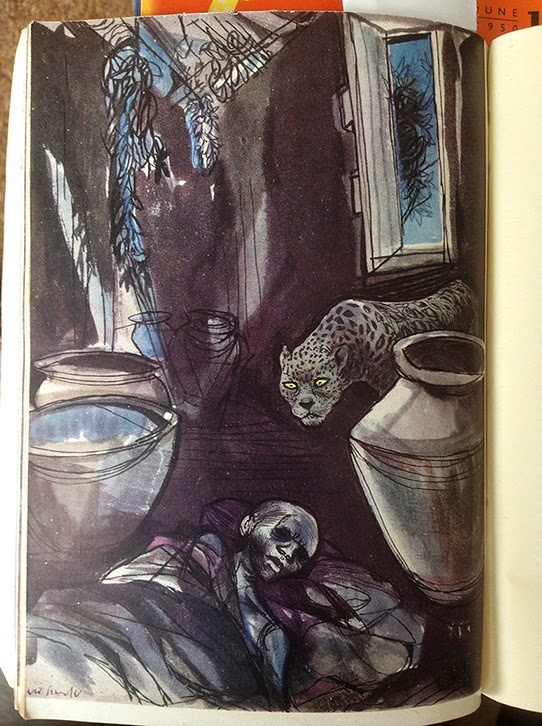 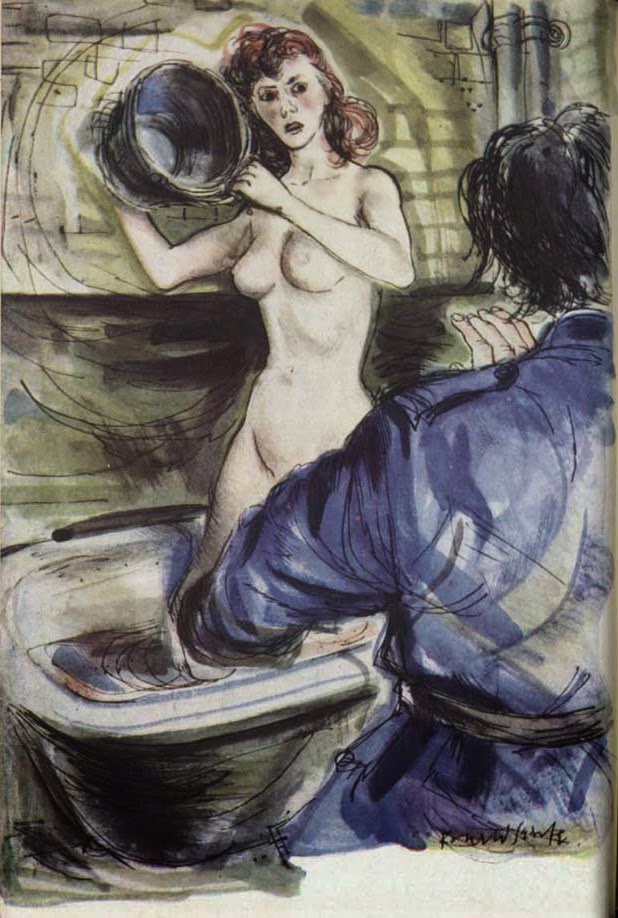 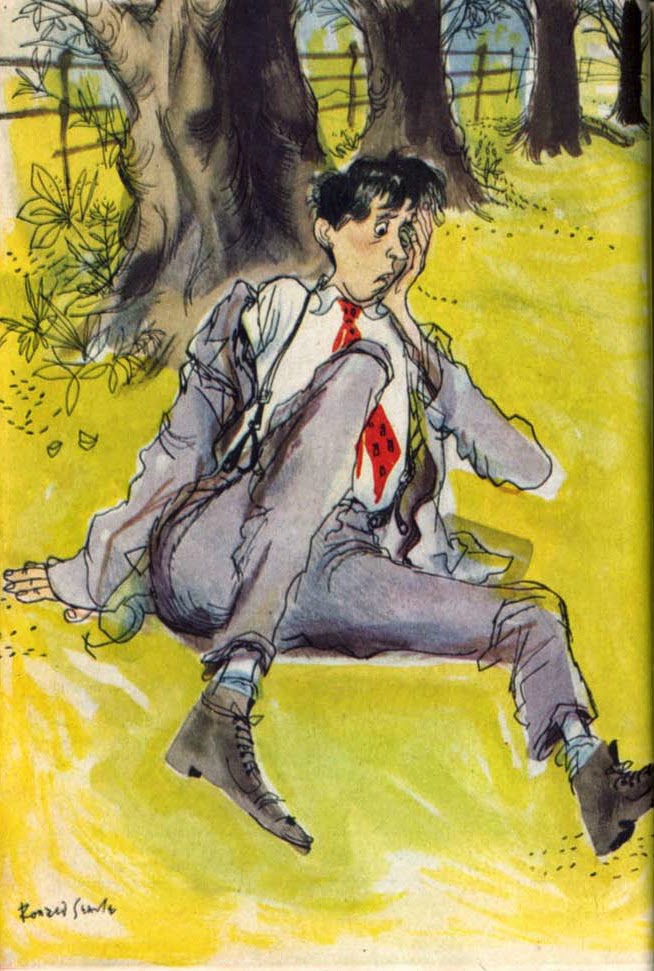 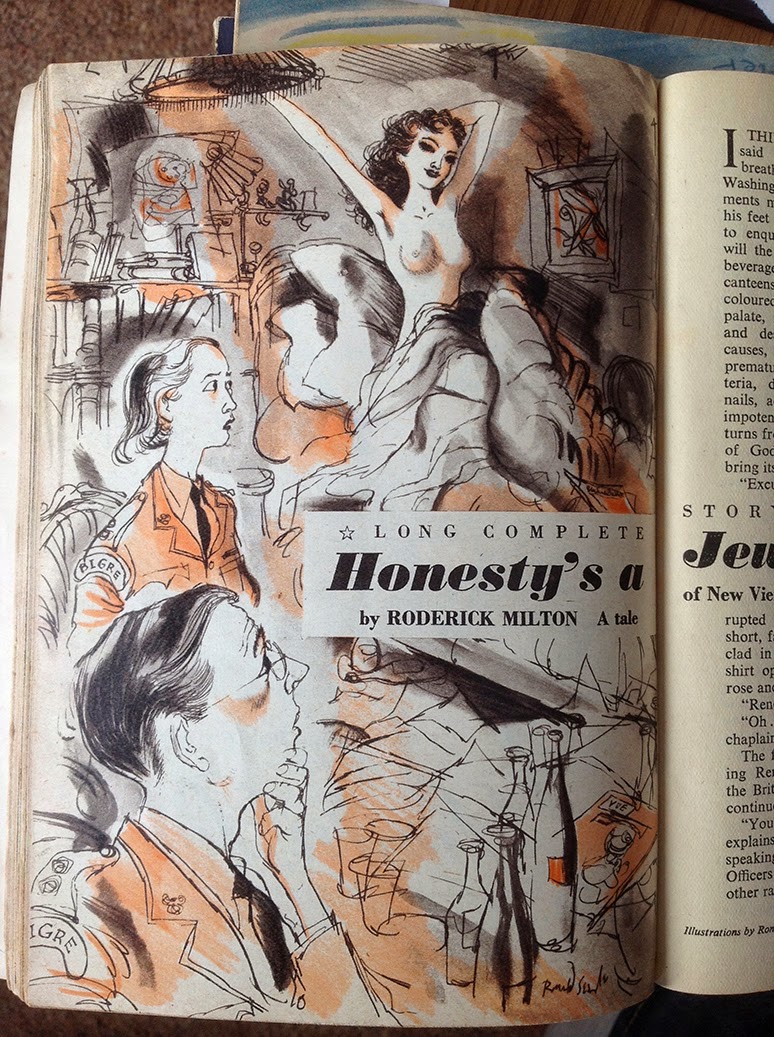 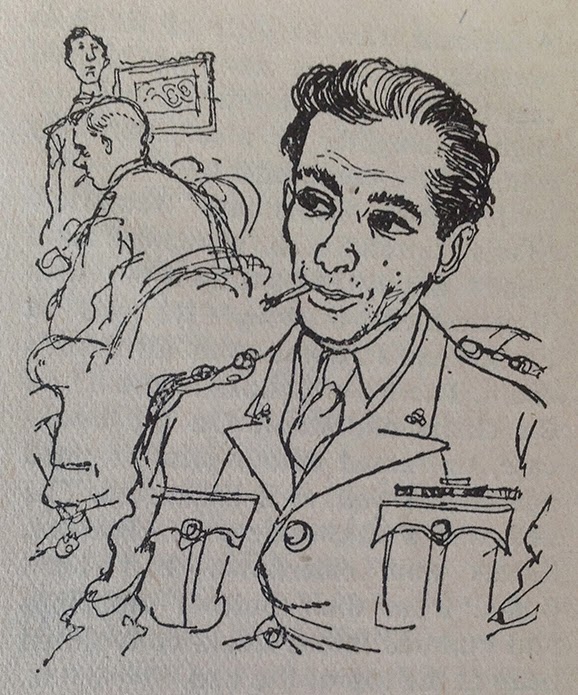 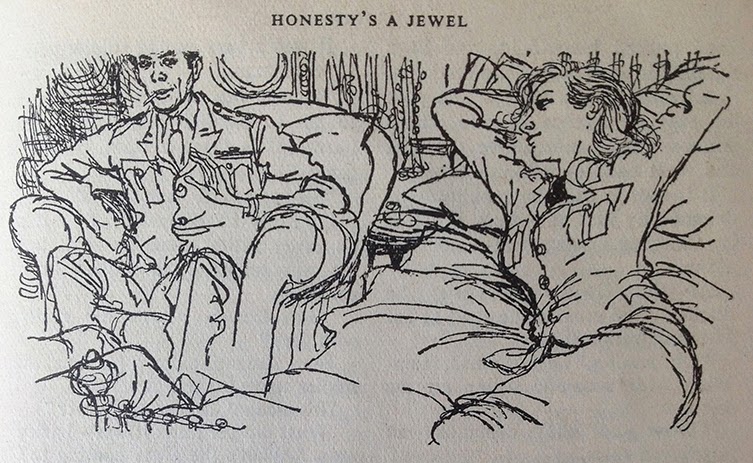 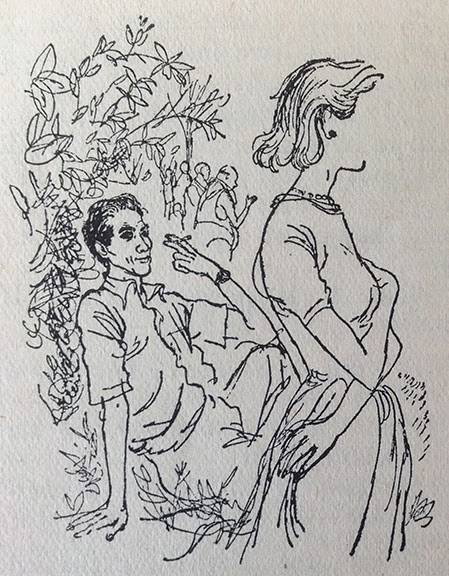 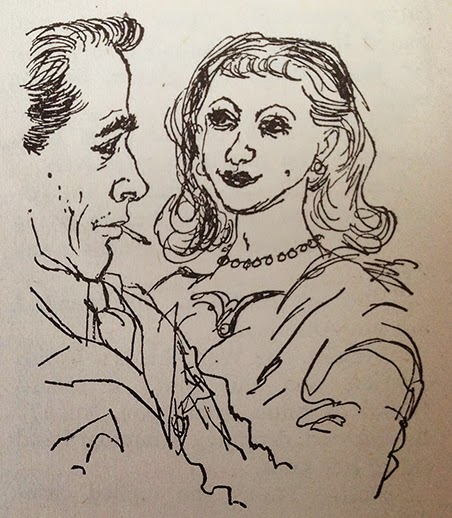 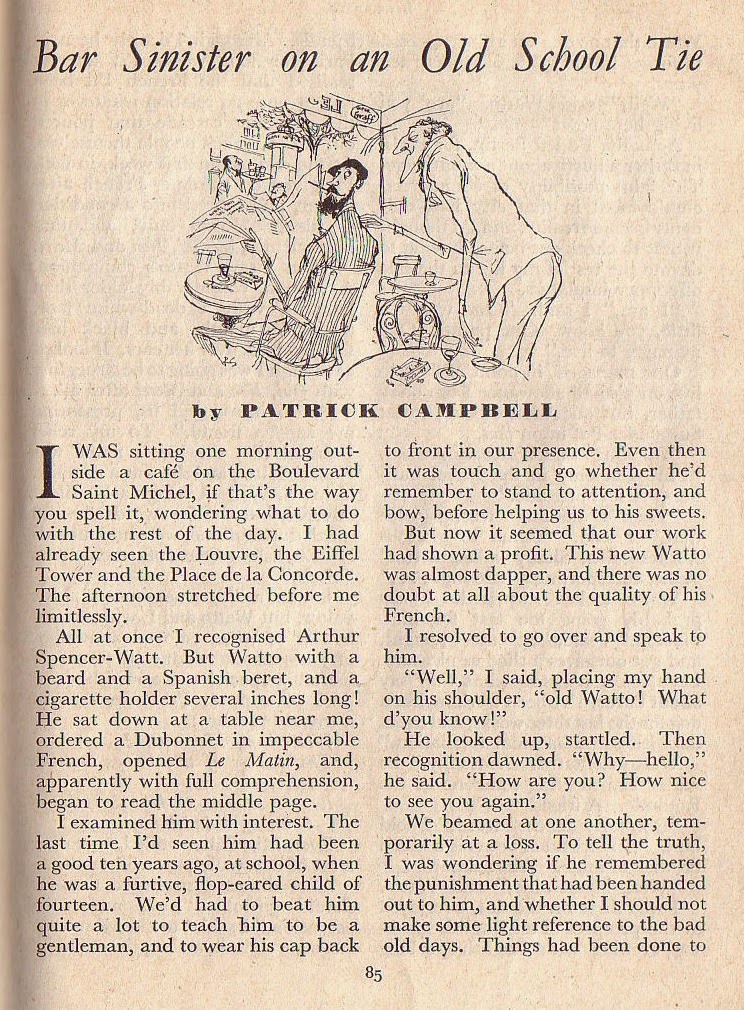 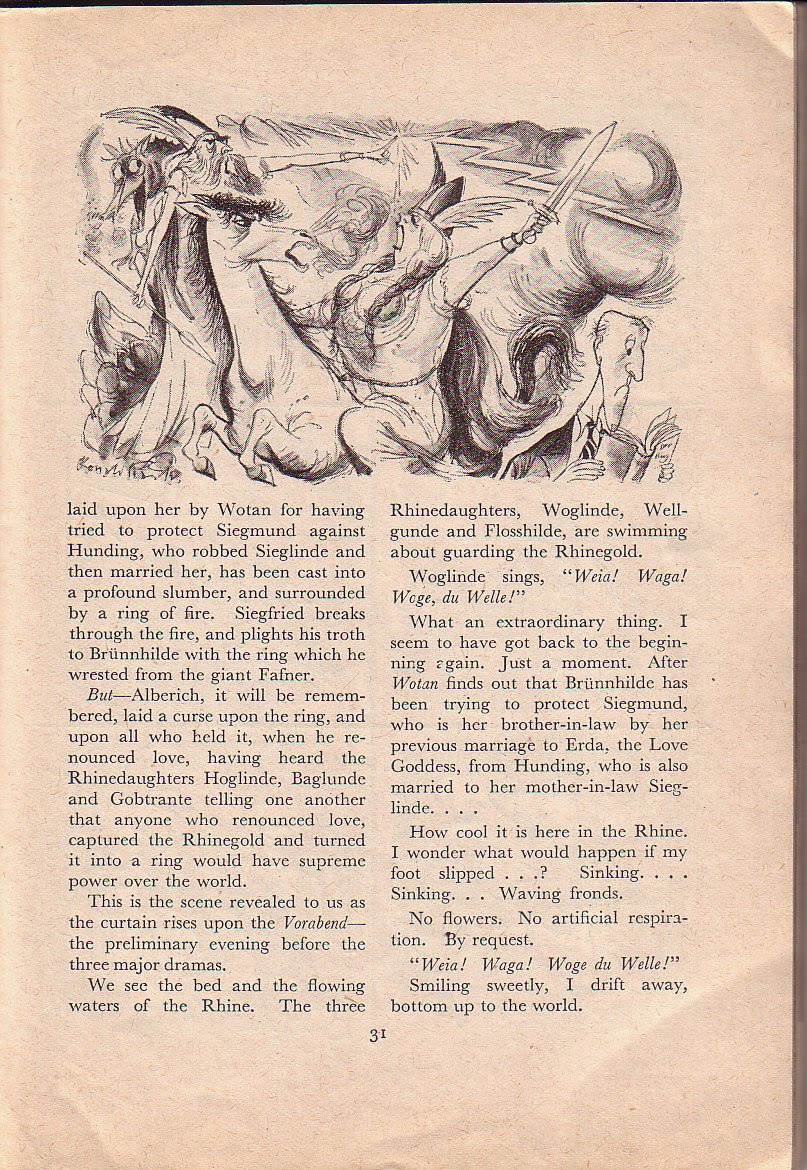 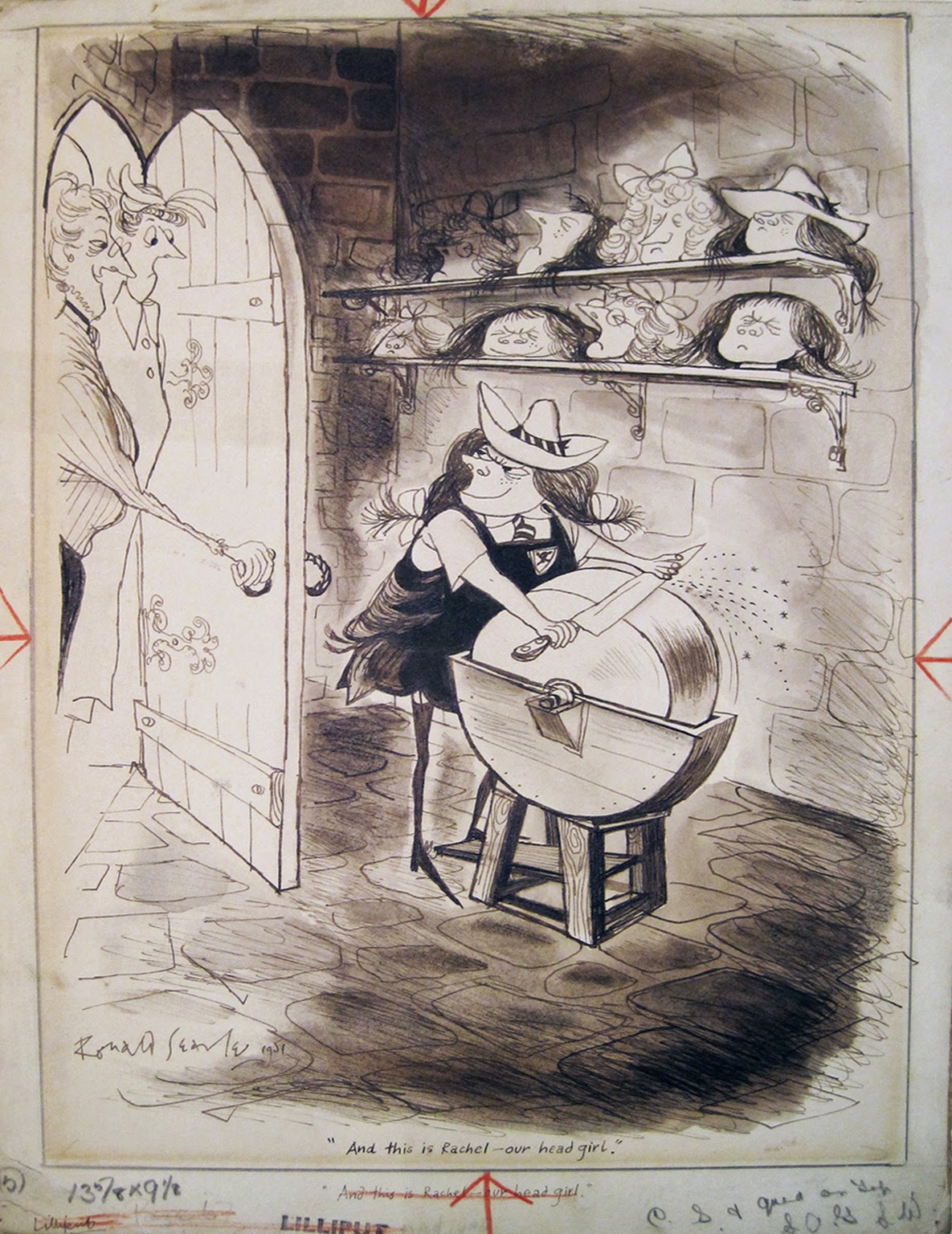 Searle only illustrated two covers for the magazine as far as I know. 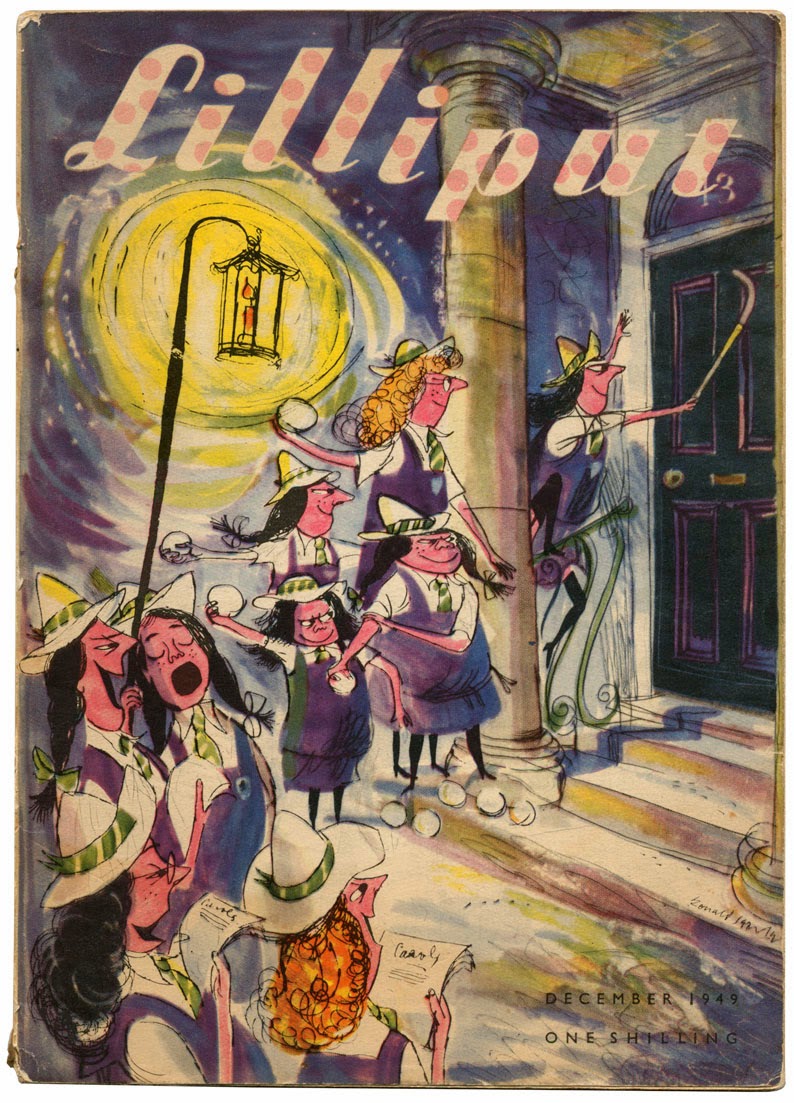 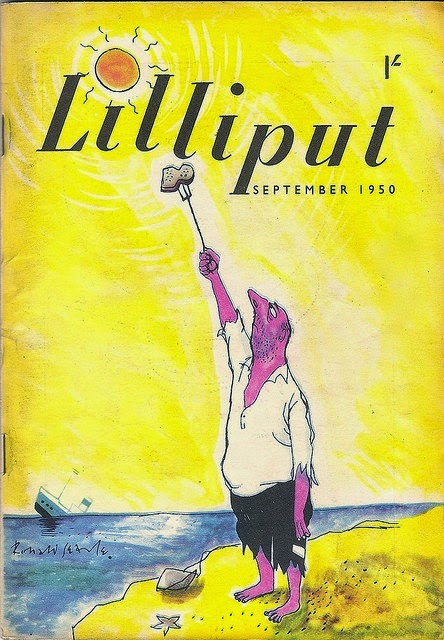 Many of Searle's contemporaries worked for the magazine too; James Fitton, Anton, Walter Trier, Gerald Hoffnung et al. and it was well known as a compendium of the best of British illustration in the 1950s. Even the Disney animators were familiar with it and an hommage found its way into 'One Hundred & One Dalmations' (1961), perhaps a tacit admission from a film which stylized its art direction directly after Searle's work. 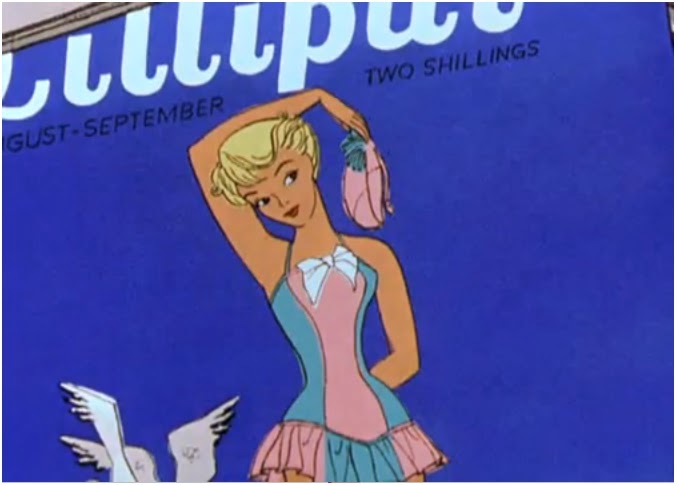 Searle's artwork was so ubiquitous during this era that even in an issue absent of Searle's editorial illustrations there would still be advertisements illustrated by him. 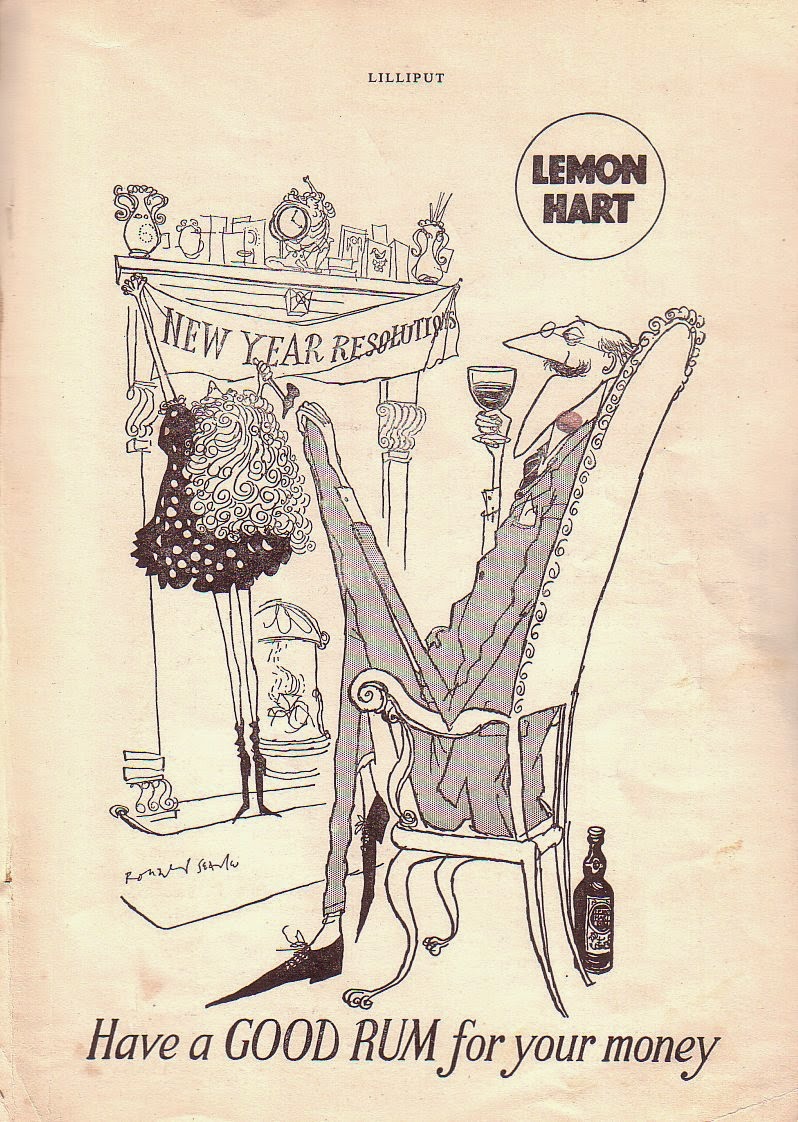