Searle was featured on the BBC's 'The Great Antiques Map of Britain' in its stop at Cambridge where the artist was born. He studied at the Cambridge School of Art now part of the Anglia Ruskin University. Professor of Illustration Martin Salisbury is interviewed and displays the school's collection of Searle ephemera including his art class score cards, nibs, sketchbooks and the original printing 'line blocks' used to print Searle's first collection of his wartime POW sketches. There are also several original drawings on display. 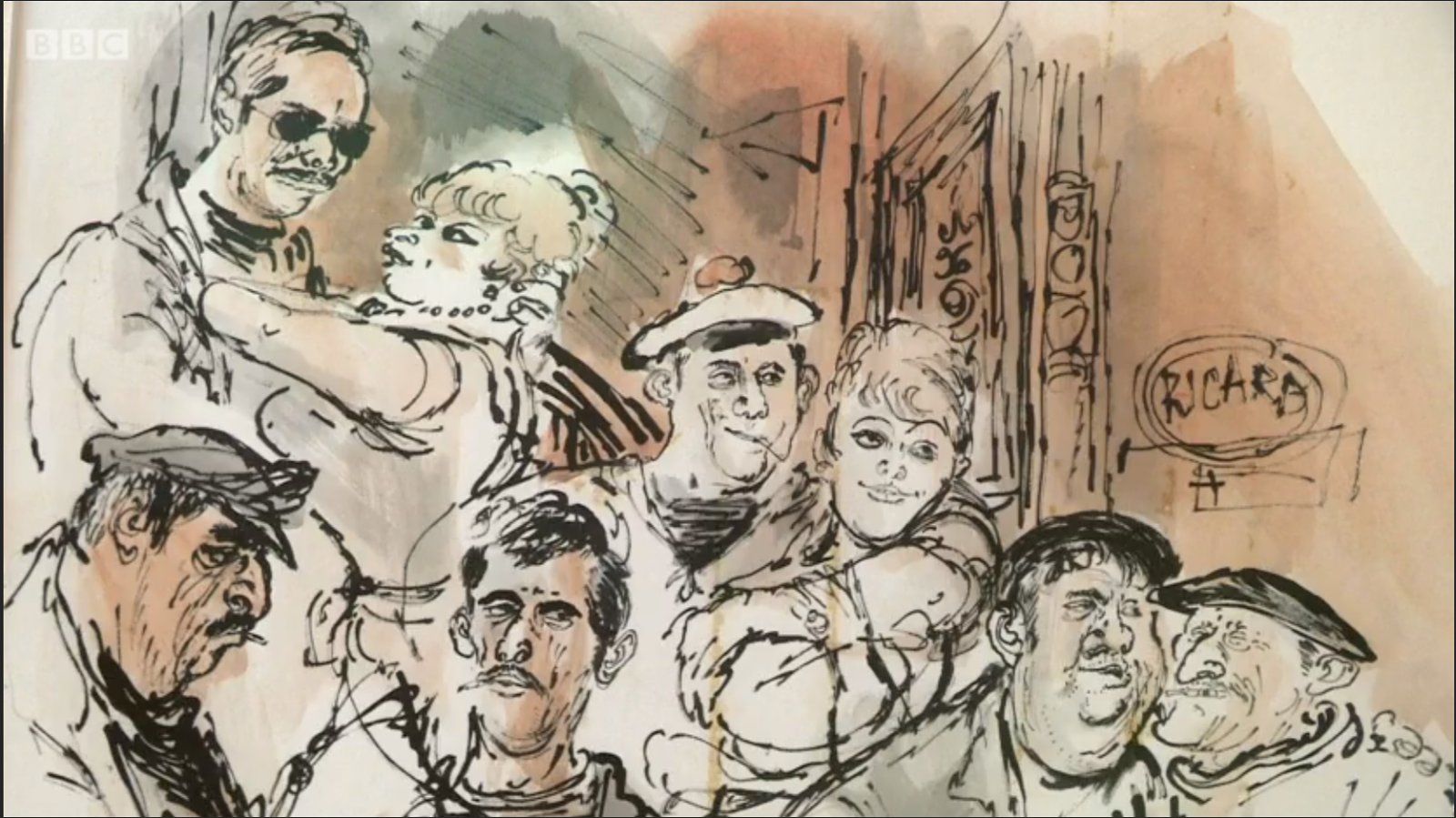 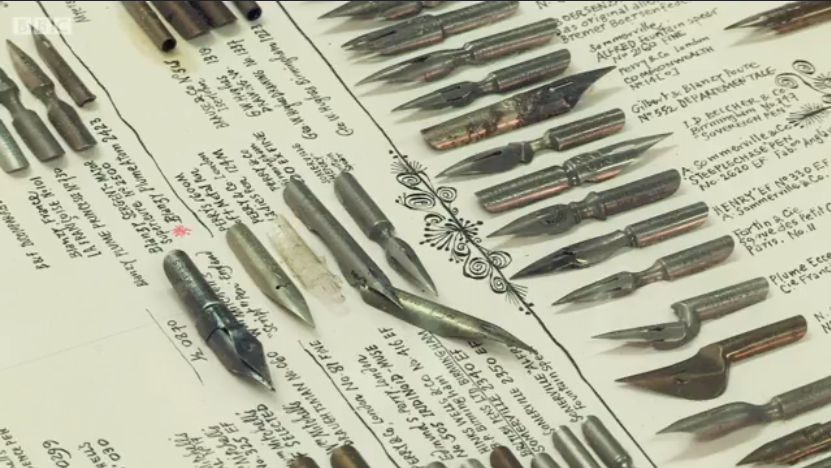 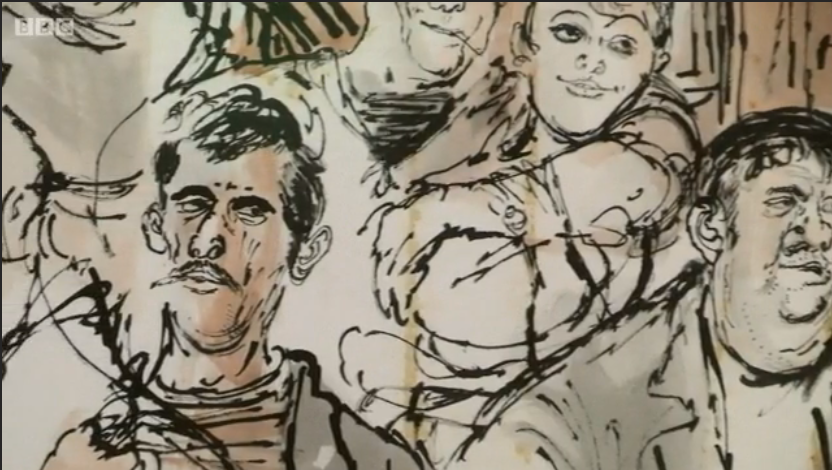 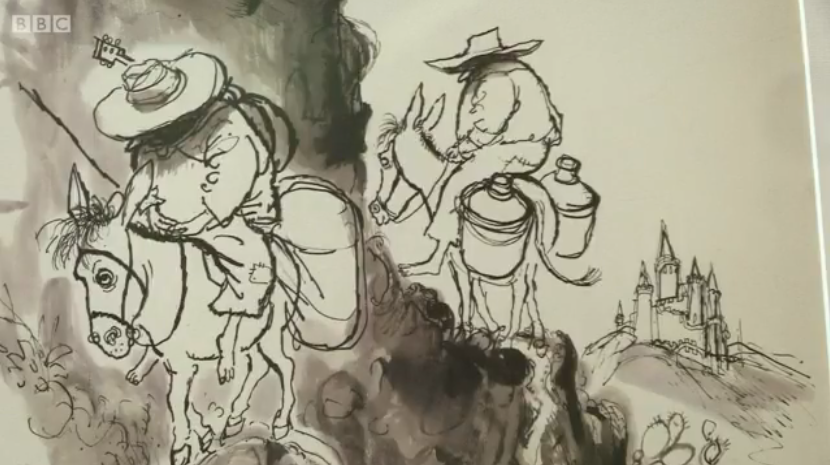 'By Rocking Chair Across Spain' 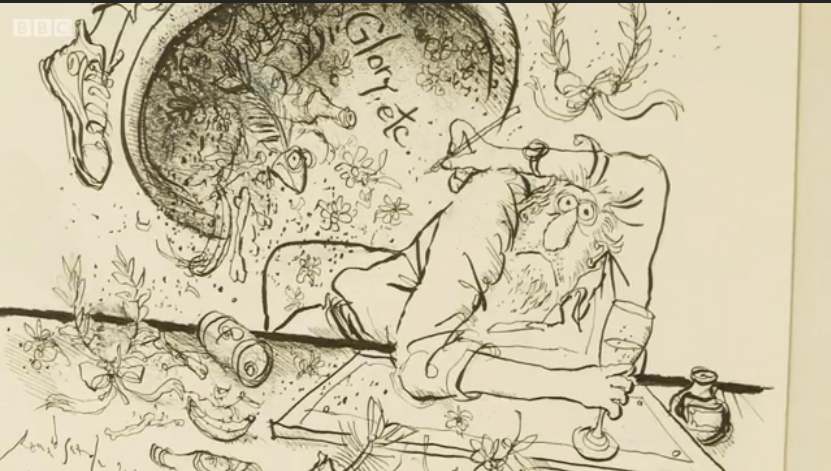 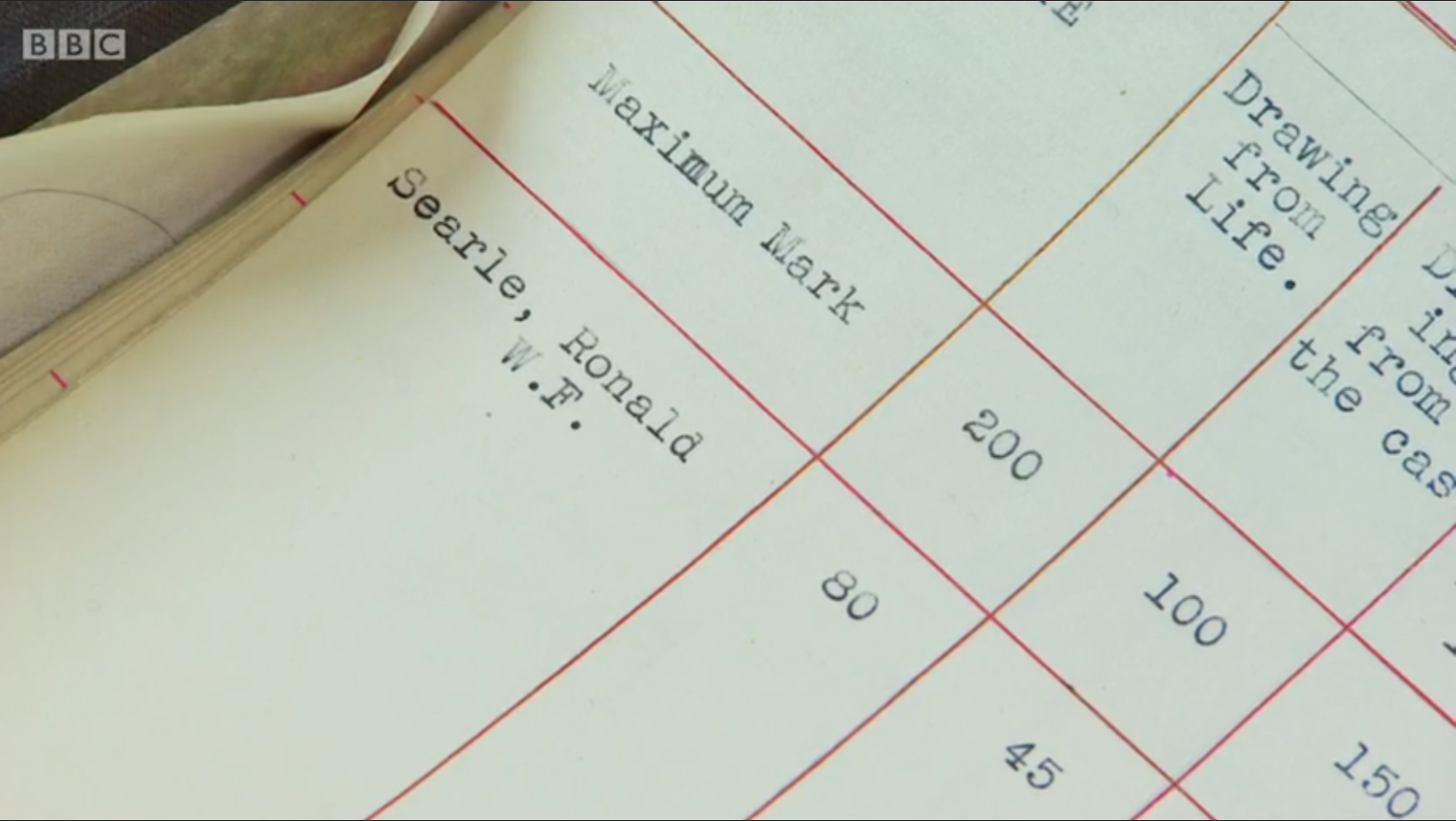 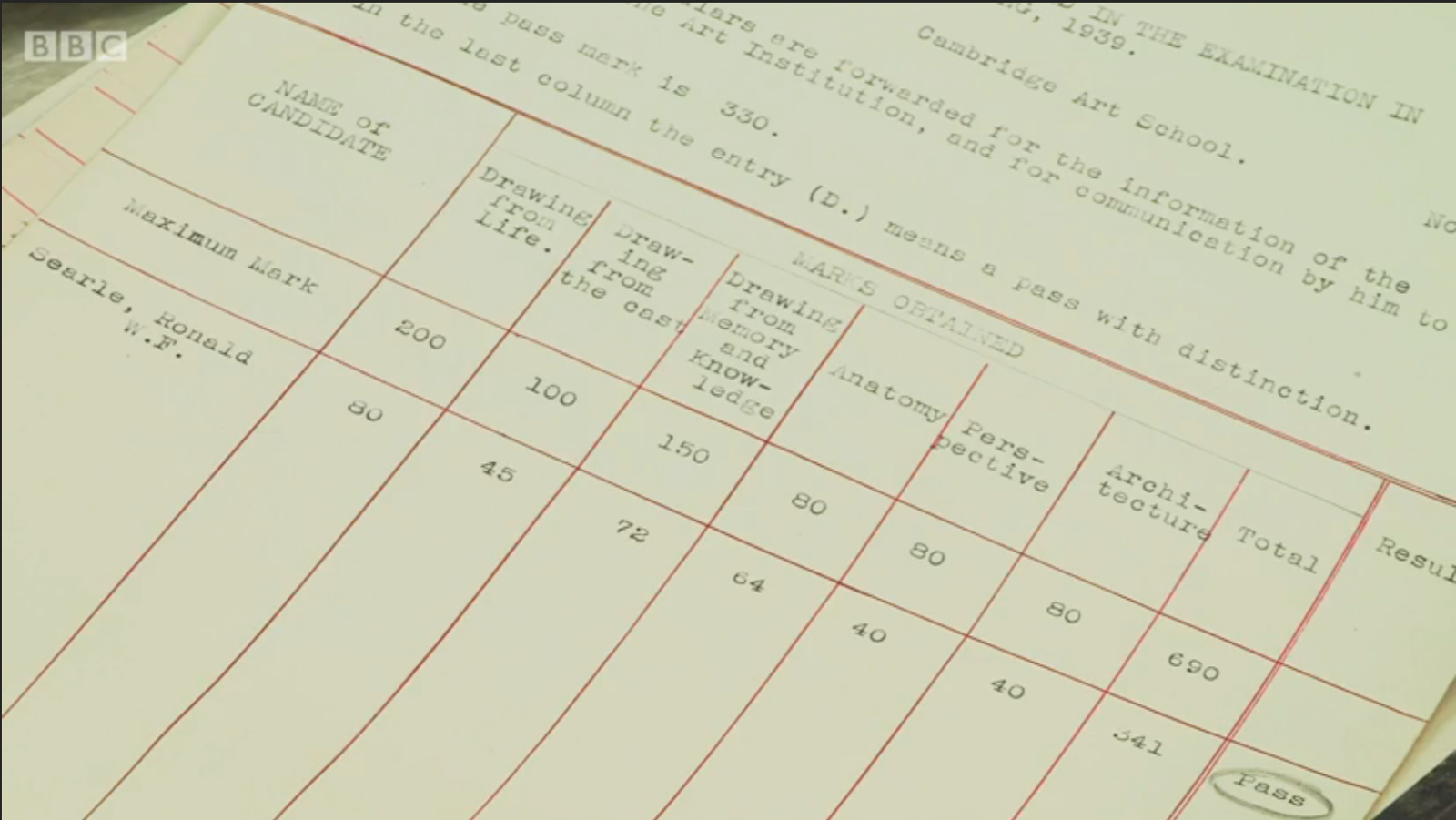 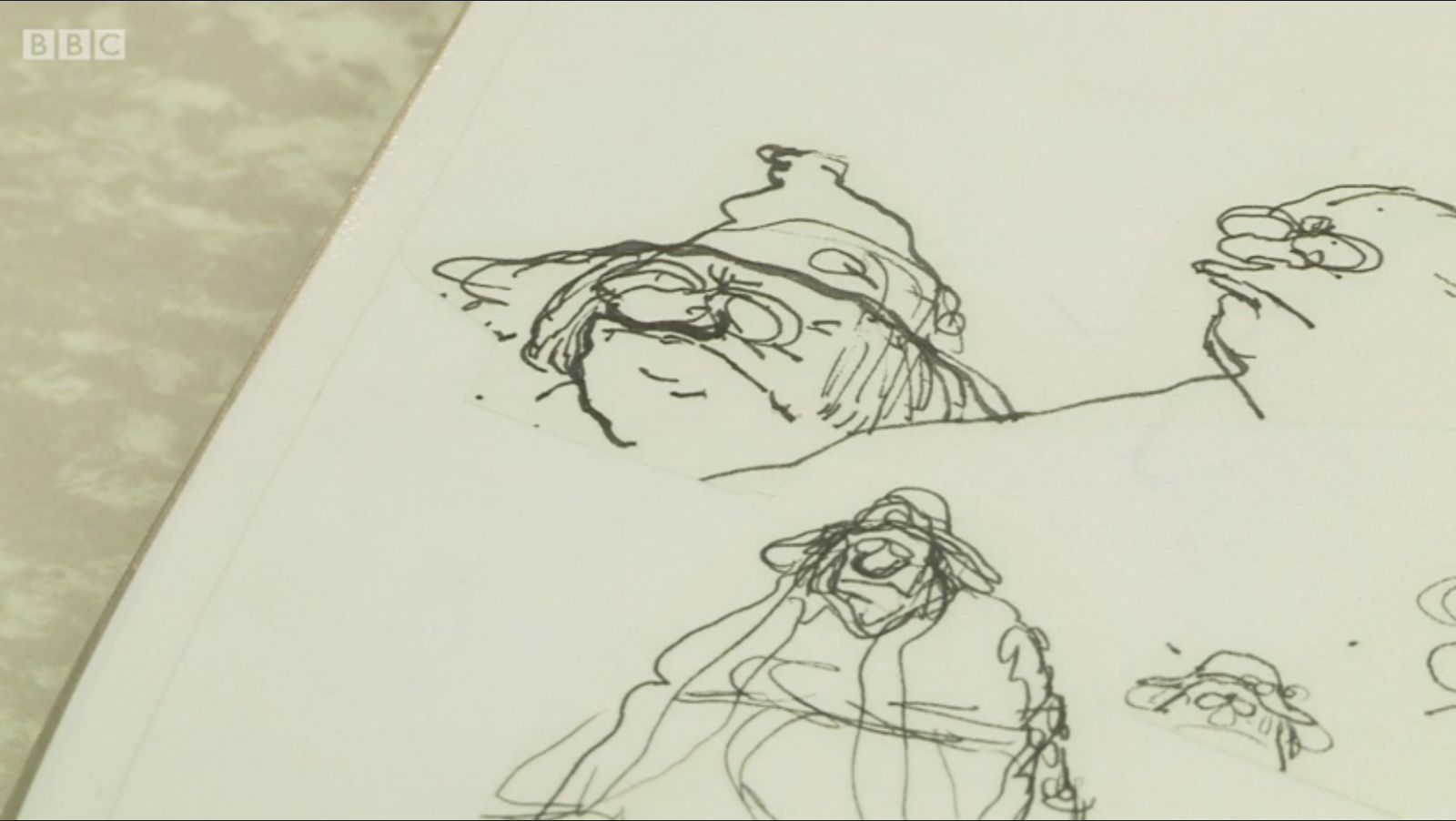 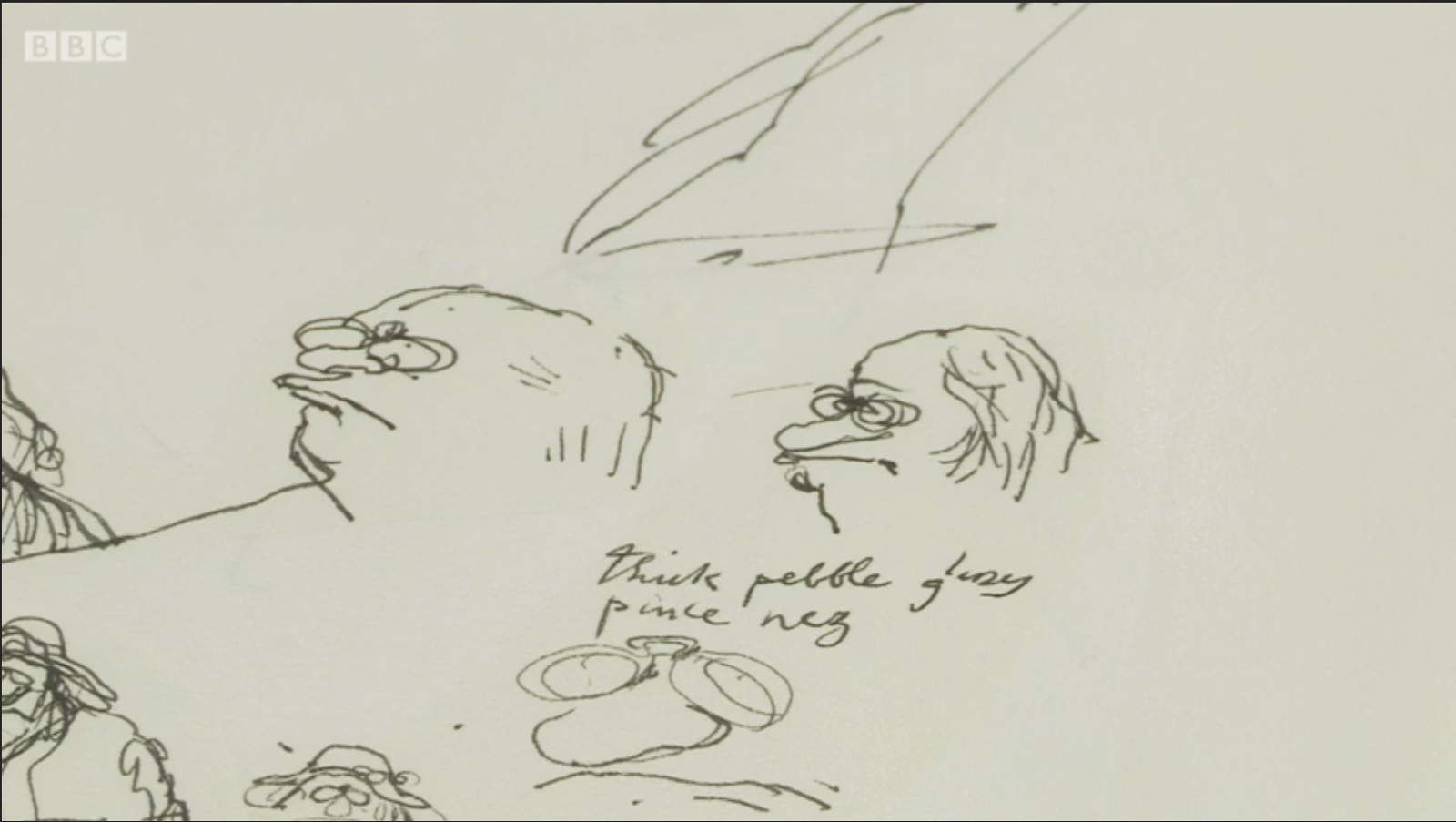 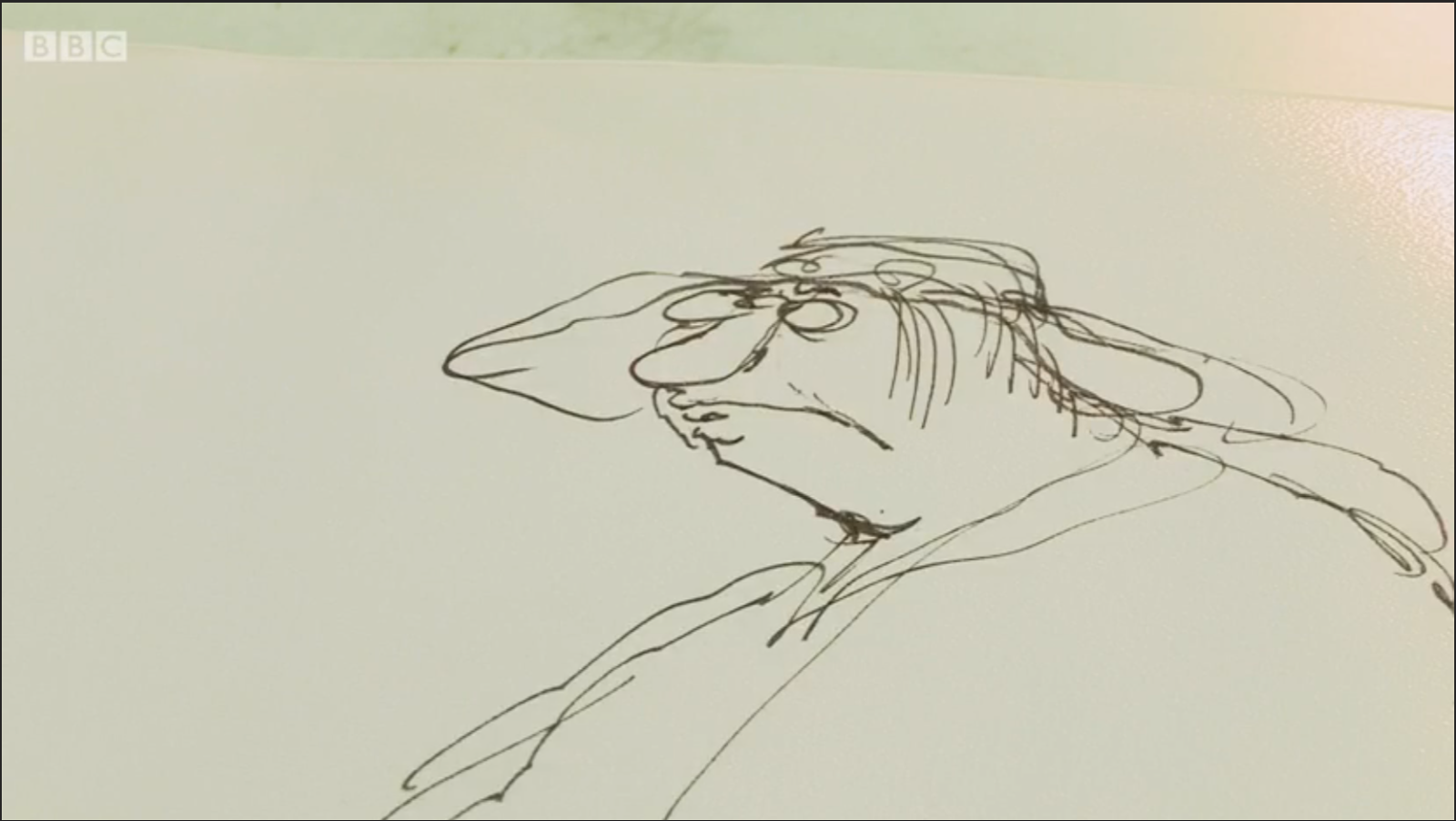 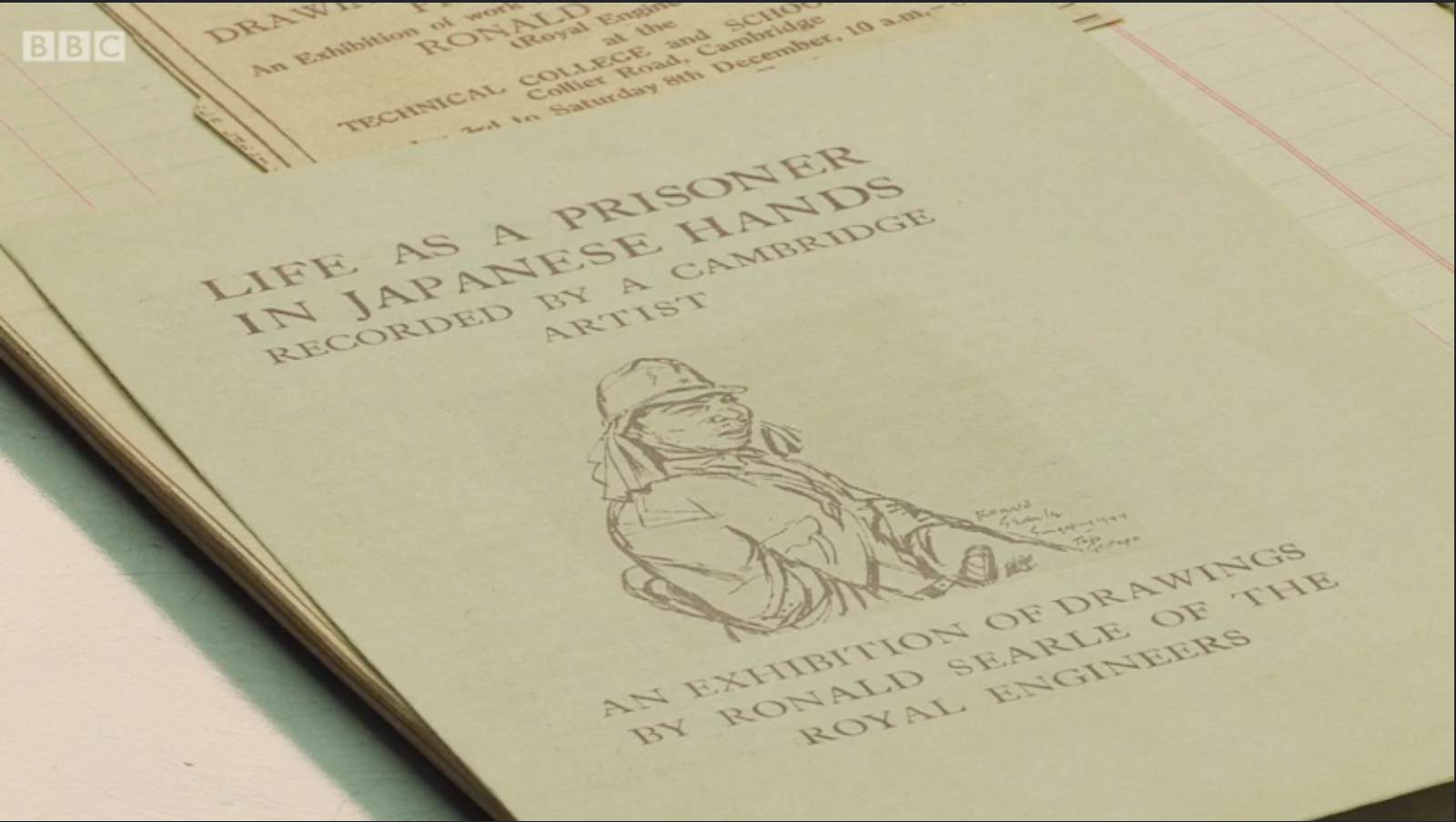 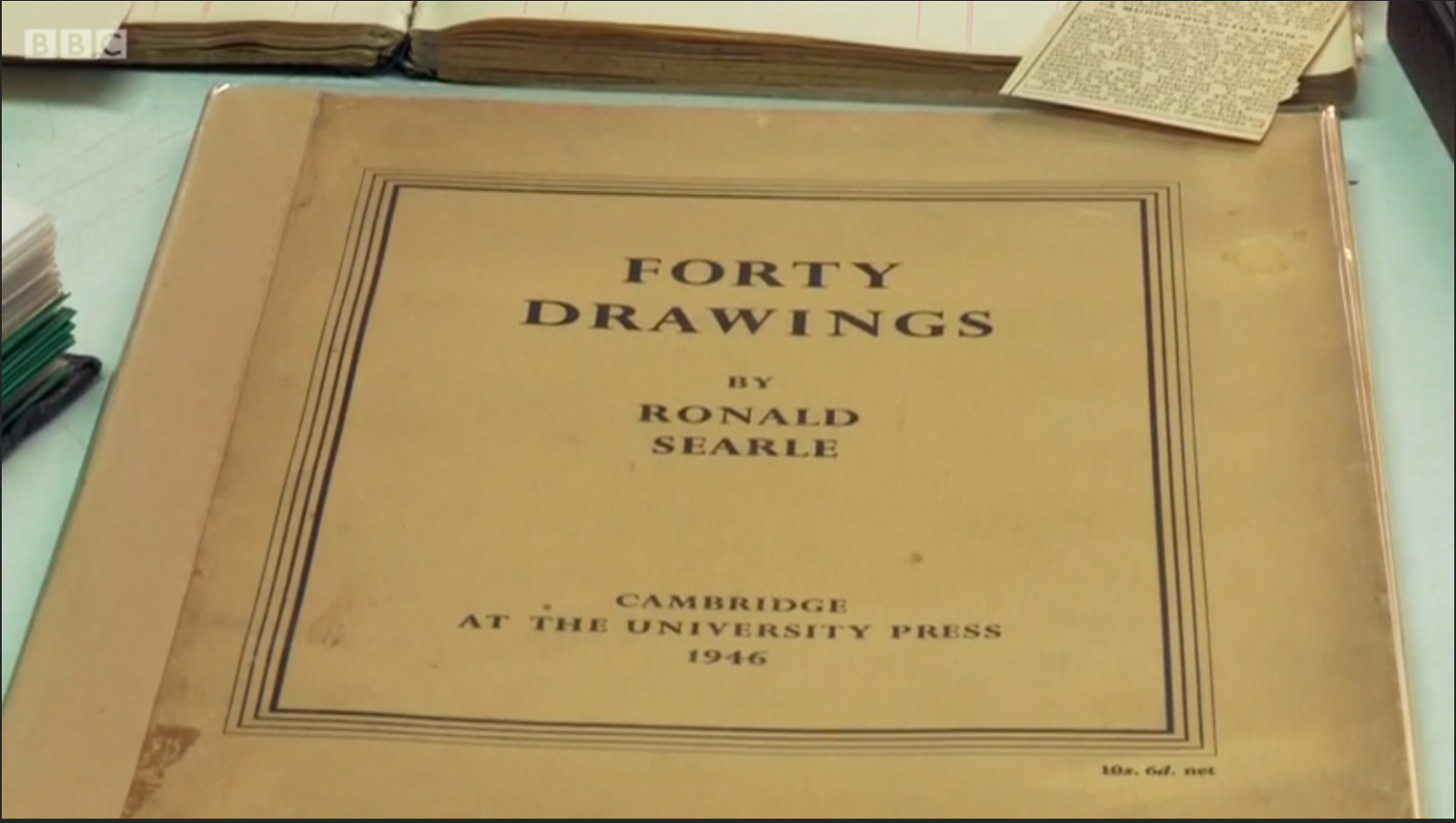 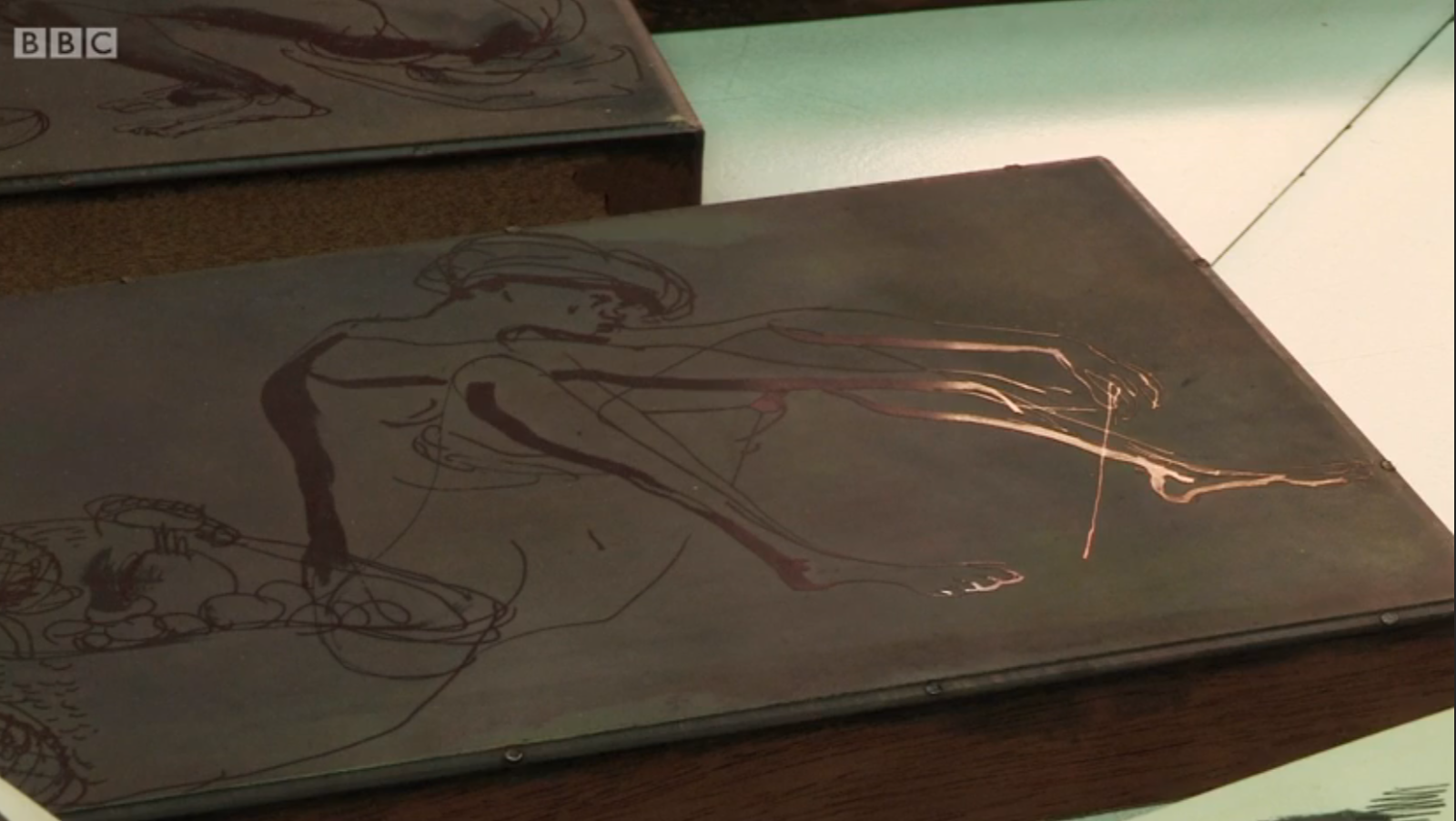 London gallery owner and illustration specialist Chris Beetles is consulted on the value of a drawing of 'Grand Central Station Commuters'. He says he would sell the drawing in his gallery between 4500-5500 British pounds. 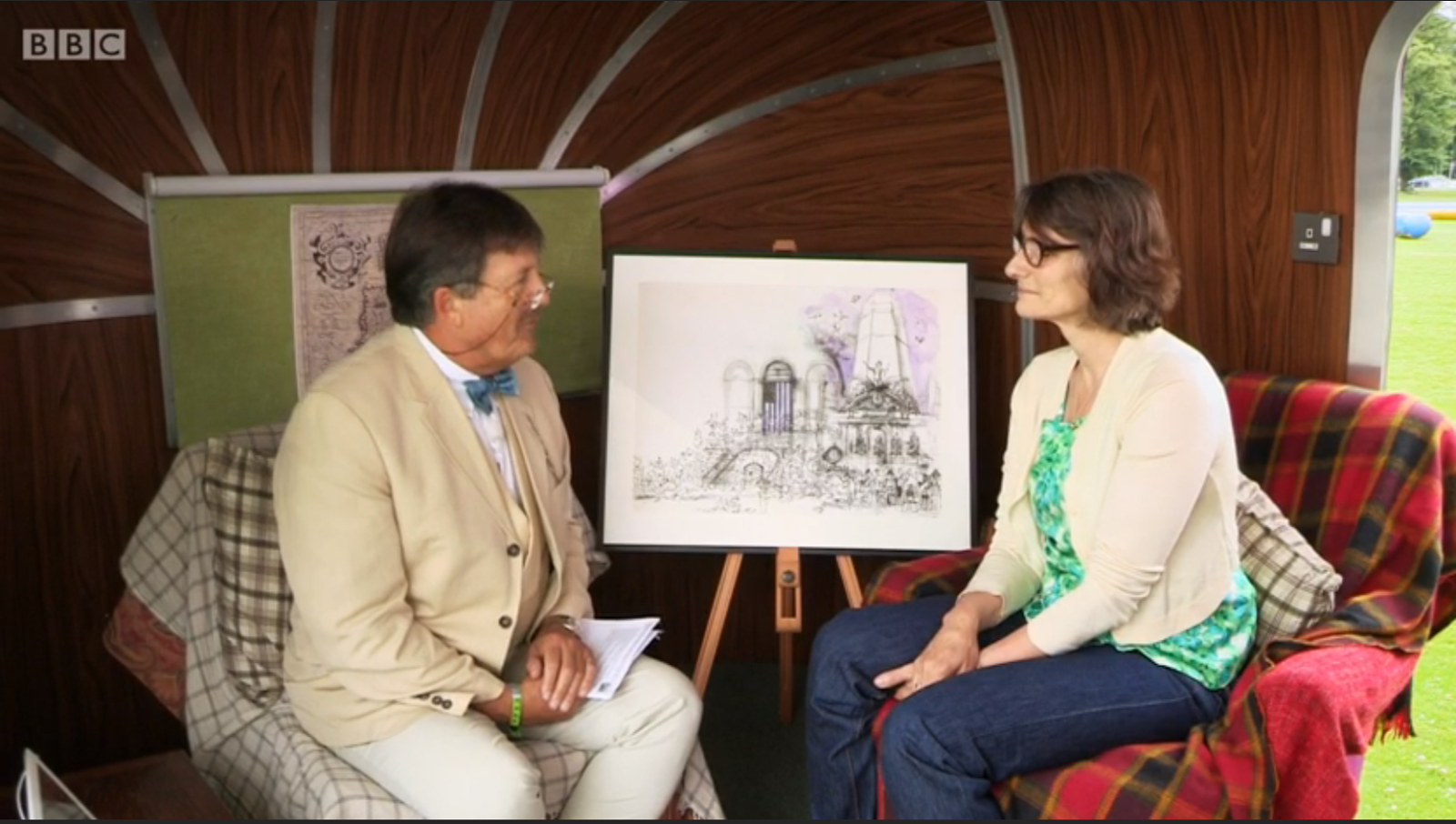 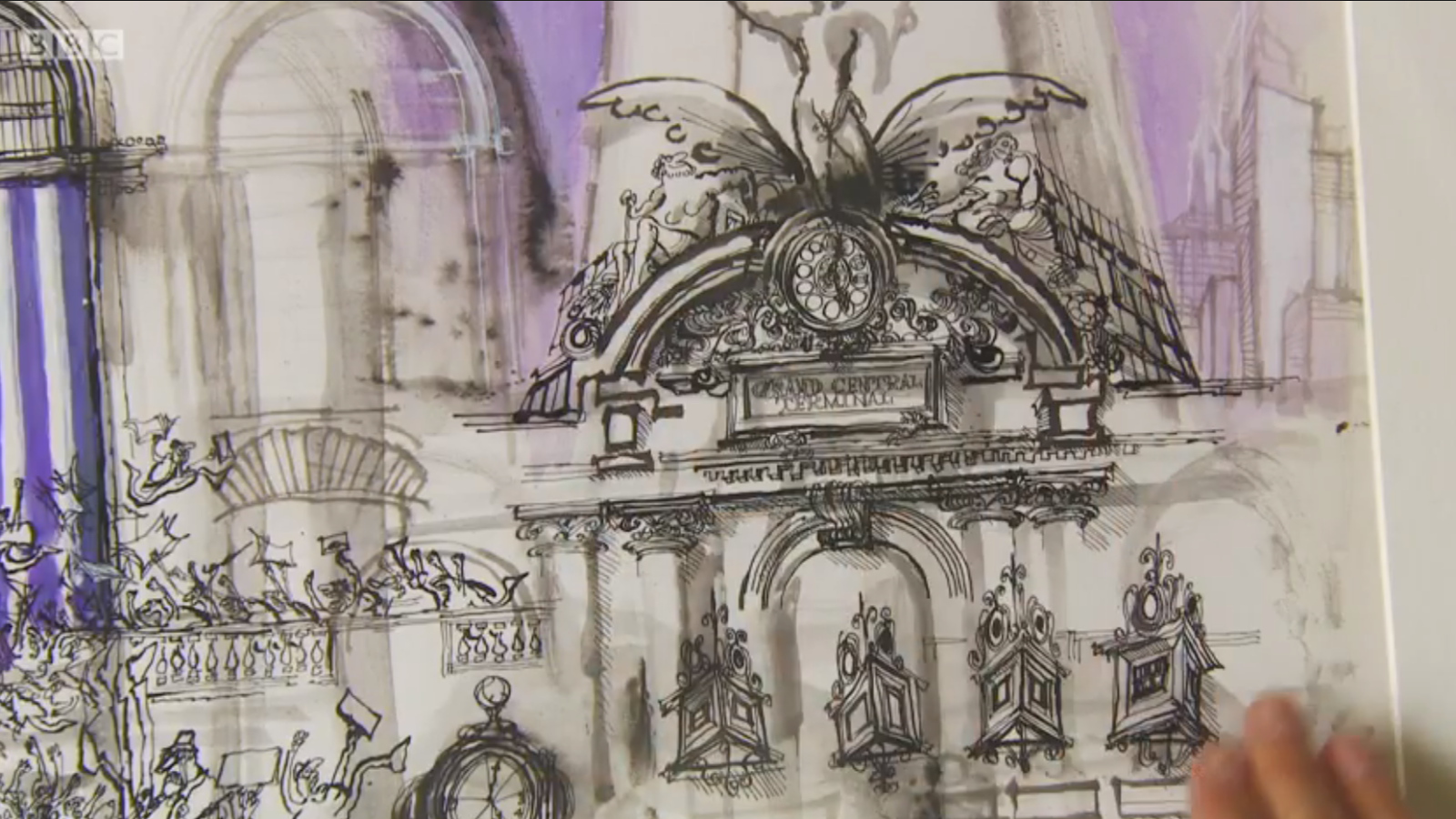 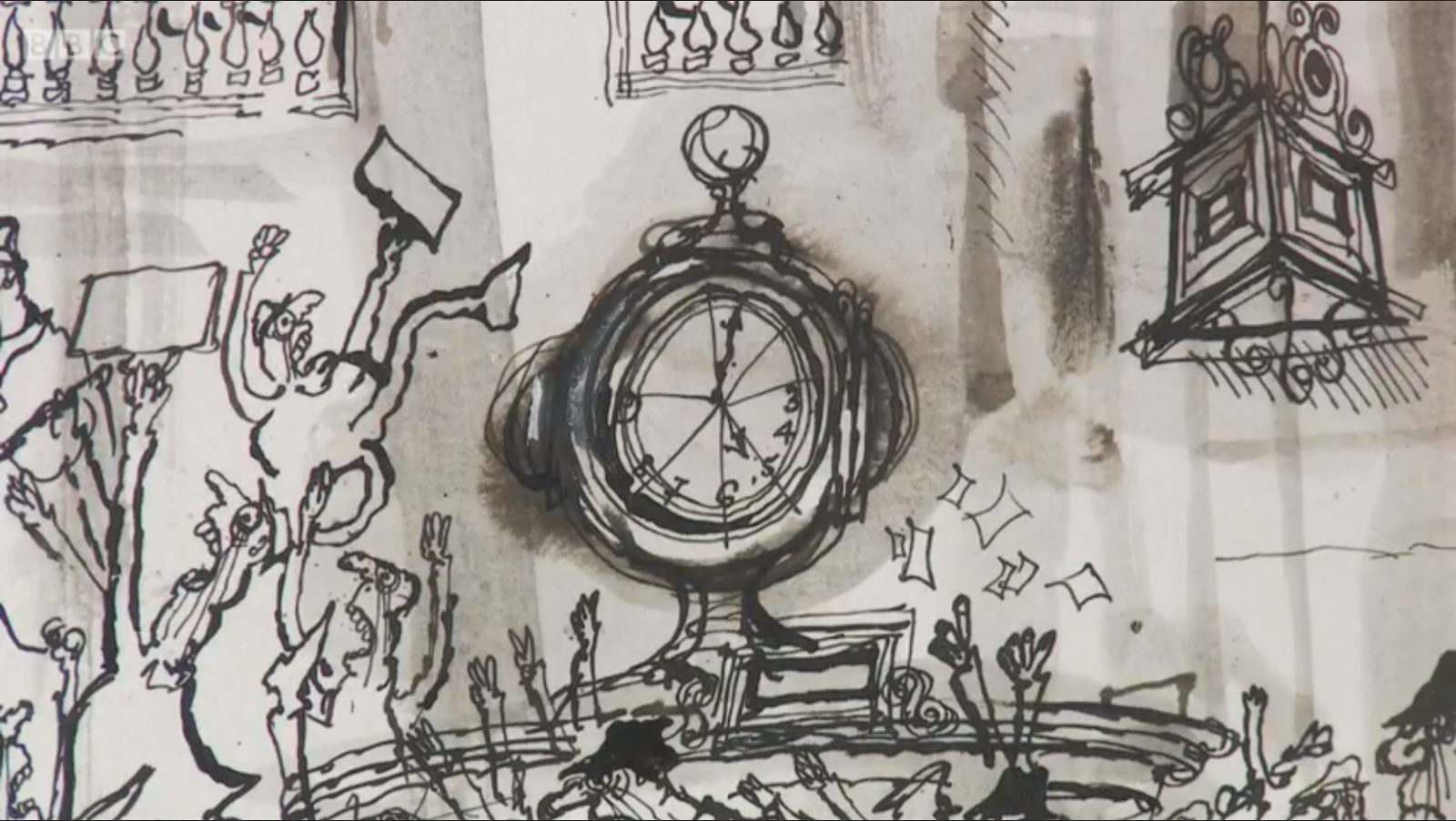 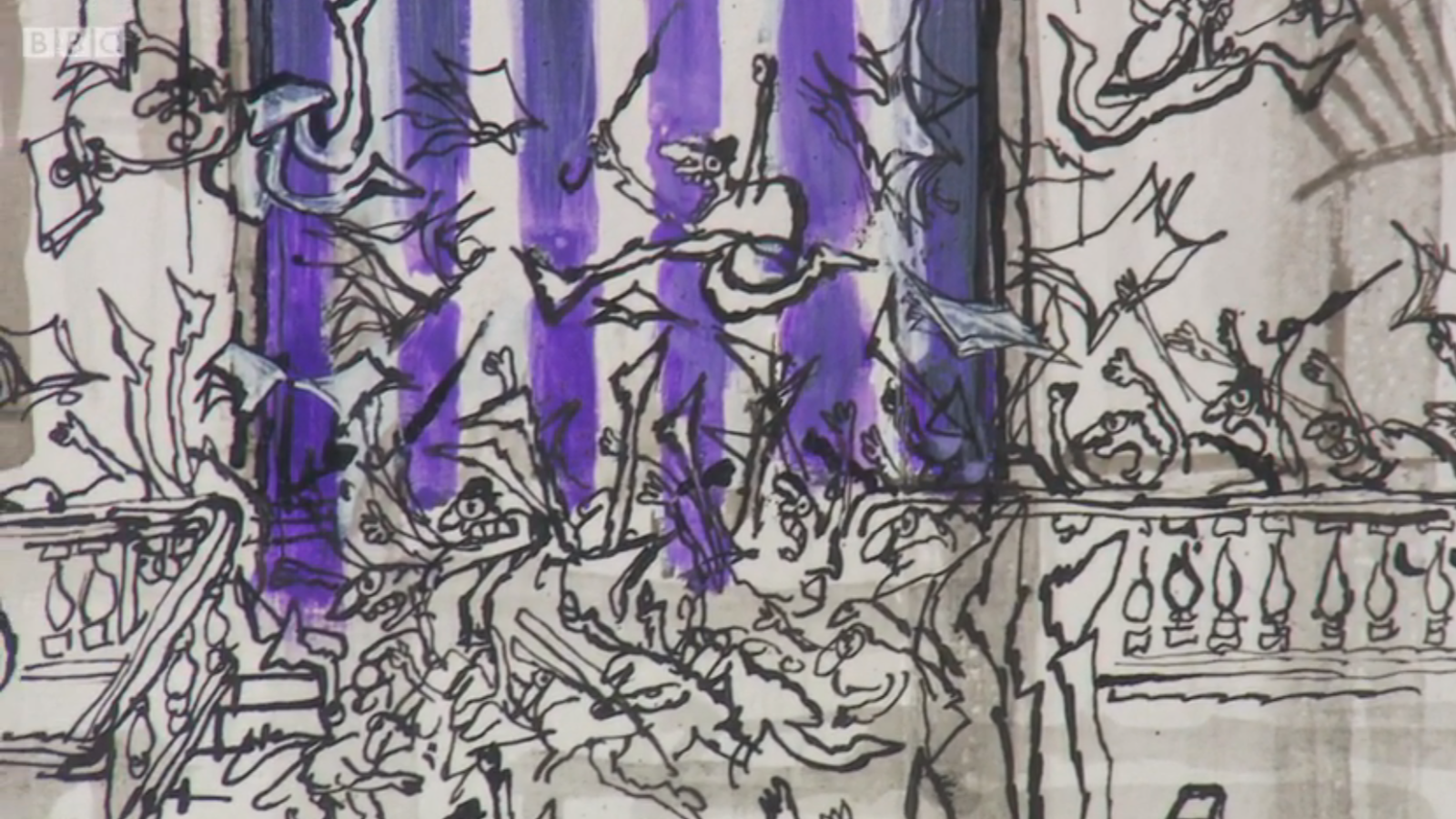 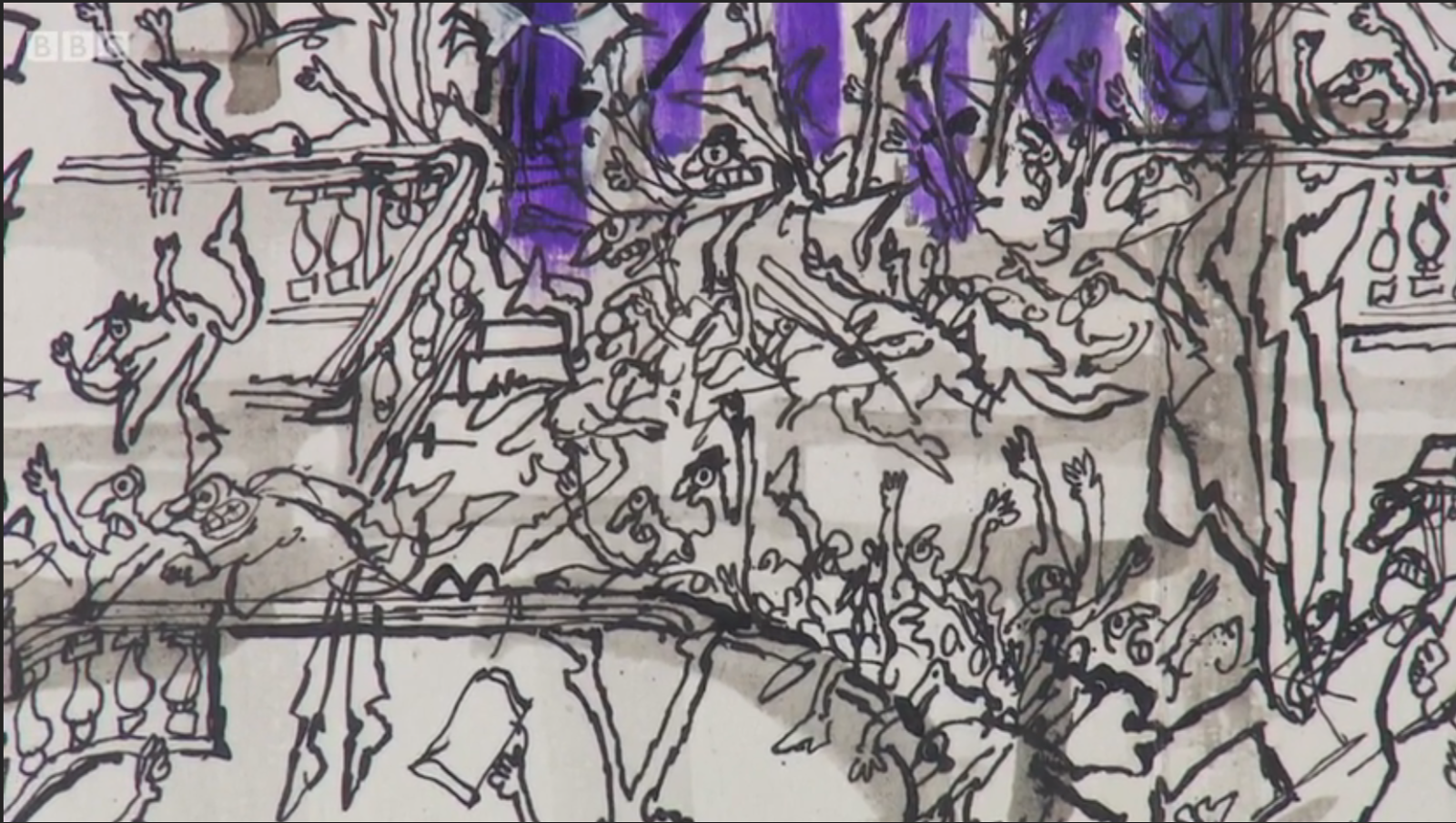 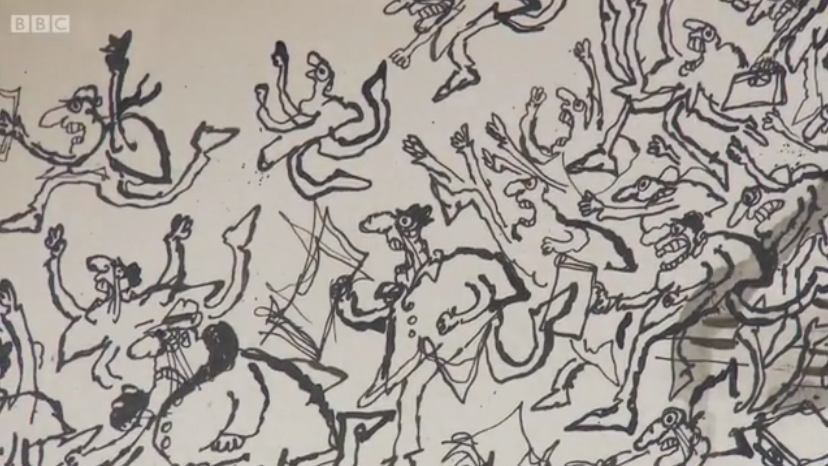 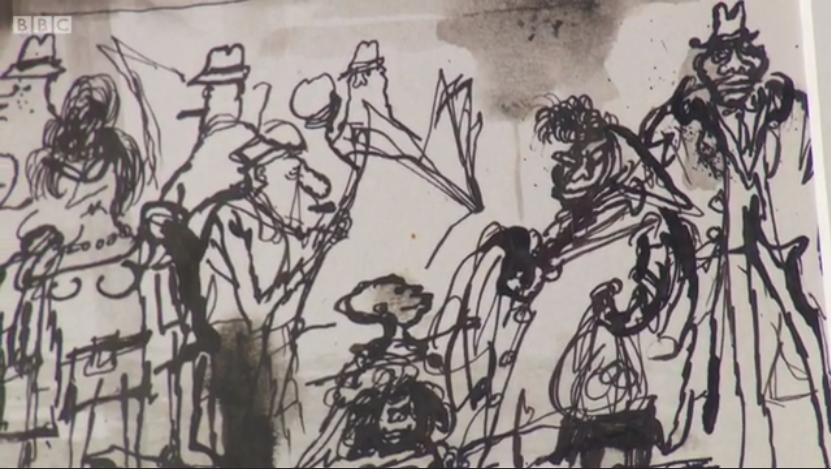 The show can be viewed in the UK on the BBC i-player here for the next month.

Exhibition of Searle's work at Anglia Ruskin
Posted by Matt Jones at 5:33 PM