Burnt out after a dozen years of fierce productivity across several mediums Searle left everything behind in London and fled to Paris. Journalist and author Martin Amis caught up with him in the French capital for this profile of the artist in the Telegraph magazine on 1978. Ronald was by then settled in the south of France with his second wife Monica. 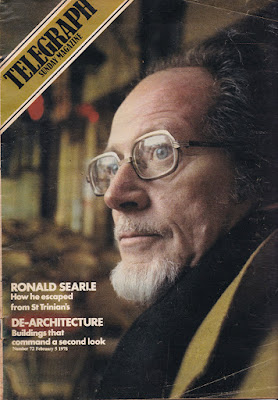 The article states Searle earned 25,000 pounds annually throughout the fifties (equivalent to 800,000 today) and bought 'a mansion' which must mean the house at 32A Newton Road. Read more on Searle's modern home studio here 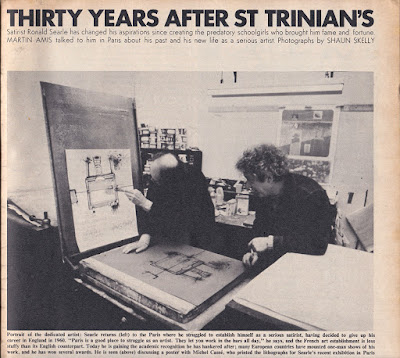 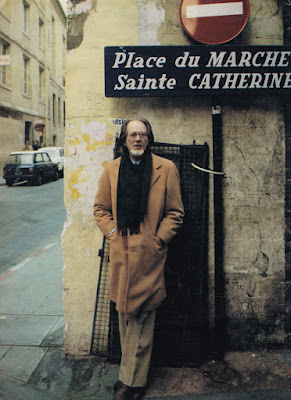 Here he is photographed for Marseille magazine in 1963. Again the article displays a preoccupation with the sum of money he commands for a drawing. 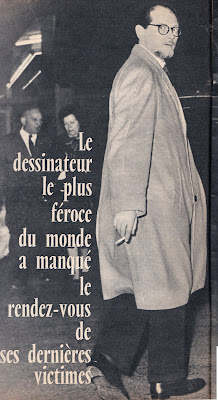 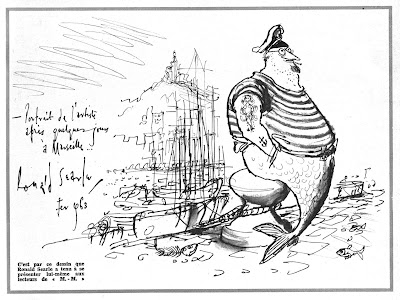