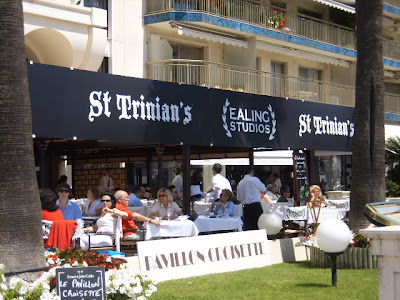 The new St.Trinian's movie is being promoted at the Cannes Film Festival. I'm hoping this re-make has a suitably Searle-esque title sequence. 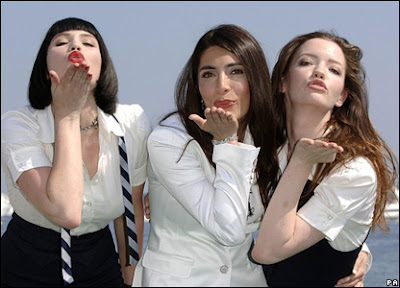 
Talulah Riley, Caterina Murino and Gemma Arterton star in the film
When the modern version of St Trinian's reaches cinemas this Christmas, its makers promise an anarchic view of British public school life that will be an "antidote to Harry Potter".
At the Cannes Film Festival, its stars Colin Firth and Rupert Everett were among cast and crew discussing the movie about the riotous girls' school, which is currently shooting.
Talulah Riley, who plays one of the unruly pupils, warns: "They will do anything and everything - there's drugs, there's sex, there's tattoos, piercings."
"It's going to shock some people," says co-director Oliver Parker.
"It's curious because certain things will be a bit edgier and more challenging than they were, then again in the early films the girls are puffing away on cigarettes and of course you can't do that now," says Parker.
"I hope we have come up with something that's fresh and stands on its own."
The idea of a new version of an old favourite was suggested by Everett, who worked with Parker on An Ideal Husband and The Importance of Being Earnest.
Everett takes the dual role of the school headmistress and her brother, memorably played by Alastair Sim in two of the original movies.
"You should never really try and take on a role that has been played to the hilt - there is very little chance that you can do better," he admits.
Firth suggests: "You're very attractive - you're much more attractive than he ever was."


Among the figures used as inspiration for the headmistress is Camilla Parker Bowles, Everett confesses.
"She's a marvellous woman," he says. "She's got a sense of humour, and she likes a drink and a cigarette - she's my kind of girl."
Firth, who also starred in The Importance of Being Earnest, plays an MP planning to turn the school into a respectable institution when it nears bankruptcy.
His battle with the schoolgirls over the fate of St Trinian's sees him "humiliated in as many ways as possible", according to Parker.
"I am begging them to kill me off in this one," says Firth, in response to a question about possible sequels to the film.
St Trinian's has been filming in Trafalgar Square, London
"Let's see how people like this one first," says Parker.

He is co-directing the film with Barnaby Thompson, previously producer on a number of Parker's films.
The cast also includes Mischa Barton, star of US TV series The OC, Casino Royale actress Caterina Murino and TV presenter and comedian Russell Brand.
St Trinian's is due to finish shooting next week, having been filmed in and around Ealing Studios in west London.
Ealing Studios is famed for producing some of Britain's best-loved comedies in the 1940s and 50s, including Whisky Galore and The Ladykillers.
It returned to film-making in 2002 and has made one or two films a year since, but is now aiming to increase that to between three and six a year.
"We will be operating very much as a boutique version of the American studios," says managing director James Spring.
"In the same way that taking on Ealing Studios we have a great responsibility to its history, with St Trinian's we have a great responsibility to that history.
"They are great fun comedies, but with a real anarchic flavour to them.
"The film that we are making is very much based upon the values of the old St Trinian's movies." 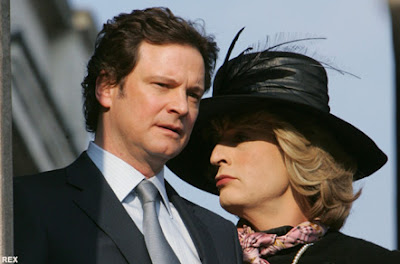 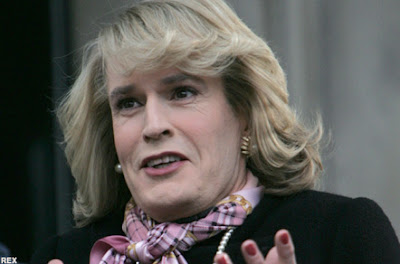 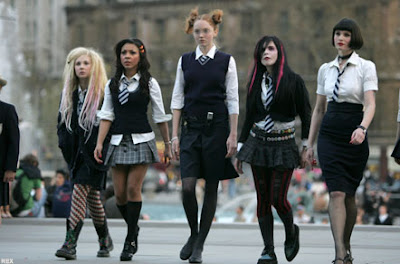 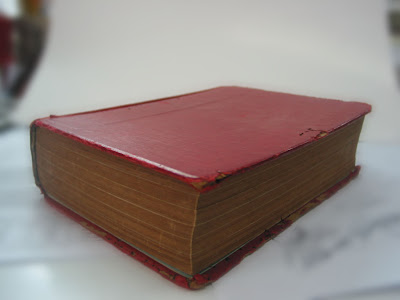 Contributor Constance Wong has graciously sent in some rare images from an old Reader's Digest featuring Lemon Hart Rum ads illustrated by Searle. As you can see the book is very thick & impossible to scan so she took photos instead. I've added the Lemon Hart images to the relevant section in the January 2007 archive.

There was also this cigarette ad with a very St.Trinian's like character puffing away! 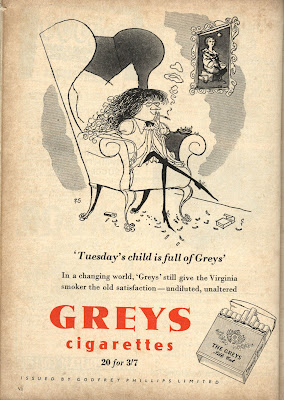 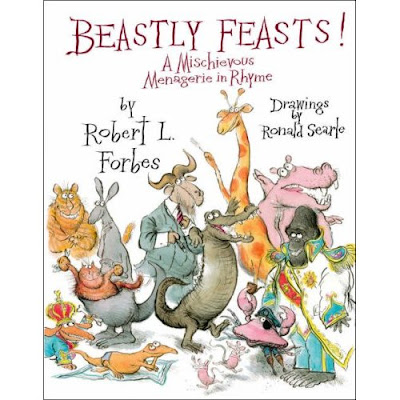 'This is an outlandish menagerie of madcap rhymes and extraordinary animals, from the inimitable minds of Robert Forbes and Ronald Searle. With over 40 delicious poems and zany illustrations of each featured creature (and a secret critter peeping out from each page) from master cartoonist Robert Searle, these wildly playful rhymes and charmingly intricate illustrations will keep readers 7 to 70 coming back to the table again and again. The Gnus are out! So are the dachshunds, squirrels, and giraffes! Open up Beastly Feasts for a menagerie of poems that are as good for a scare as they are for a laugh!'
Hardcover: 96 pages
Publisher: Overlook Press,U.S. (1 Nov 2007)
Posted by Matt Jones at 10:14 AM 2 comments: