Searle himself has been inspired by a wide array of artists, cartoonist and caricaturists. Searle's own private collection of art contains works by Caracci, Cruickshank, Grosz, Gillray,

There are a handful of key artists and cartoonists whose influence can be detected in his work.
Searle certainly owes a debt to contemporaries such as Andre Francois, Sempe and of course Saul Steinberg. 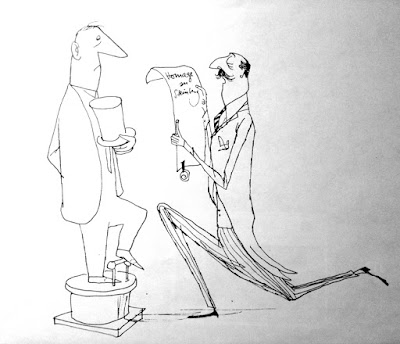 Through his 50s imprint Perpetua Searle published an academic volume on Toulouse Lautrec and later an illustrated hommage to the short statured ladies man. 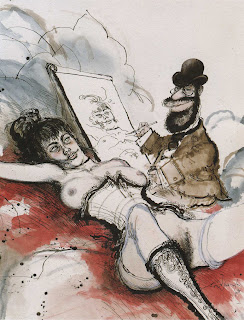 In 1977 Searle made a series of studies after Watteau for a medallion design he was working on for the French Mint. 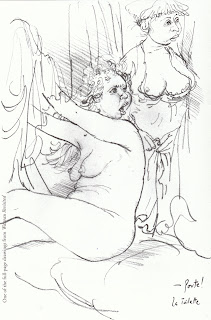 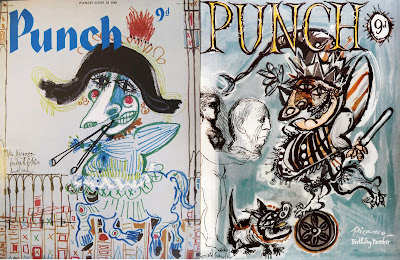 Perhaps Searle's greatest idol is of course Picasso.  He made a couple of Punch covers in a Picasso-esque style and even a series of portraits of Picasso in the style of other modern masters. 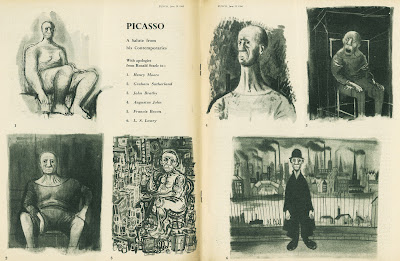 Photographs of the originals in the Searle Archive, Hanover 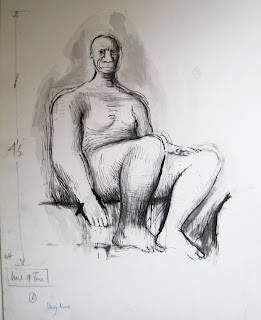 Portrait of Picasso in the style of Henry Moore 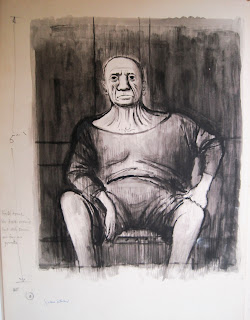 Portrait of Picasso in the style of Graham Sutherland 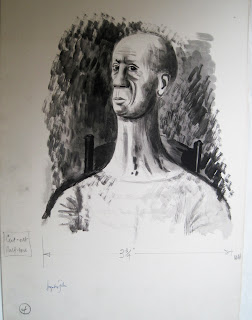 Portrait of Picasso in the style of Augustus John 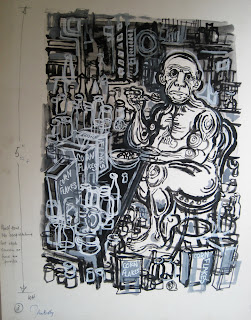 Portrait of Picasso in the style of John Bratby 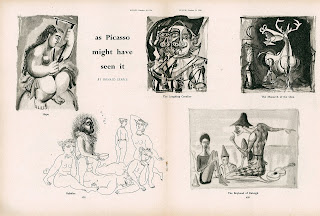 Searle seemed to take great delight in working in a Picasso-like fashion. Punch valued Searle's contribution such that it wouldn't surprise me if it was his idea to make these hommages to the greatest living painter of the time. 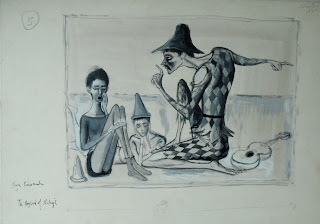 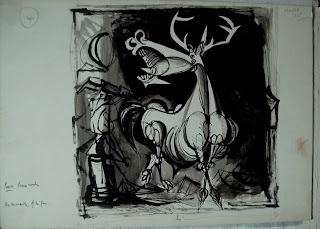 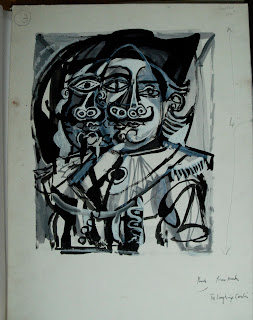 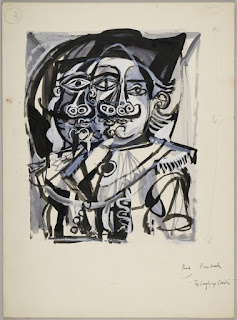 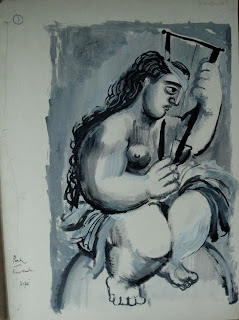 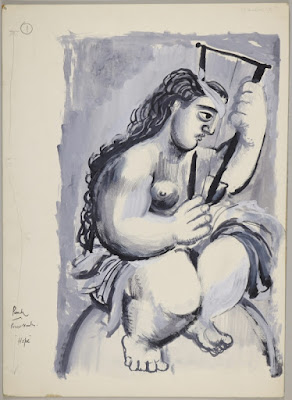 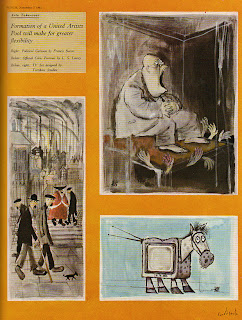 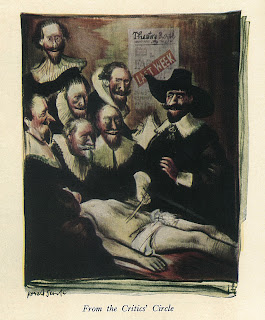 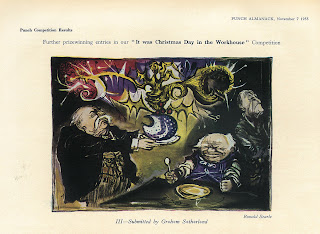 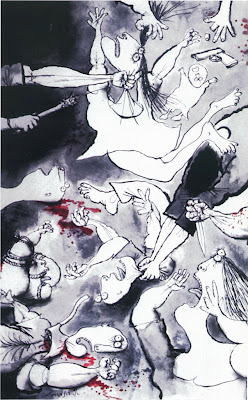 In this illustration for TV Guide again we see Searle using Picasso's motifs, in this case elements of 'Guernica'