The August edition of British magazine The Oldie has a cover feature on Molesworth creators Geoffrey Willans and Ronald Searle. 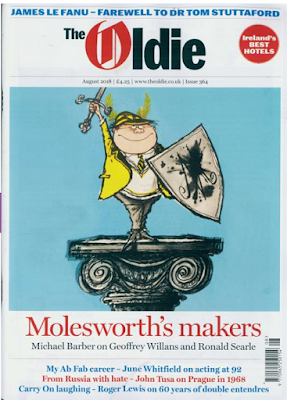 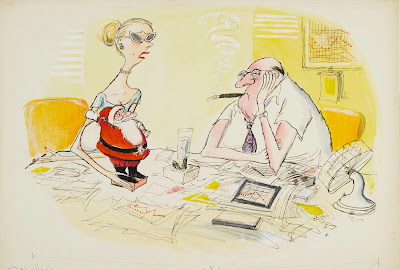 'A series of three original watercolors, "Commercial Christmas," "Office Parties," and "Giftmanship," unused illustrations for the article "Christmas Lifemanship," Holiday Magazine, c.1960, watercolor, India ink and pencil, 253 x 365 mm, each numbered ("1"-"3") and titled by the artist in ink at bottom, some soiling, discolored along edges.

A trio of humorous sketches lampooning holiday etiquette: a secretary presents a toy Santa Claus to her boss in "Commercial Christmas"; a sexy young woman with a much older man "showing that you are in the secret confidence of the managing director"; and another beauty in evening gown pushing her Christmas present for her husband—a gift-wrapped wheelchair—in "Giftmanship. 'Slightly unflattering.'" During his early career, Mr. Knight was enthralled with the Punch cartoons of Searle, particularly the Belle's of St. Trinian's series. "He did these dreadful, vicious little schoolgirls terrifying their teachers," Mr. Knight told The Easthampton Star. "I loved the wicked style, and in the early '50s began doing contemporary drawings along those lines." Eloise in her little uniform owes much to the Englishman's pint-sized anarchists.' 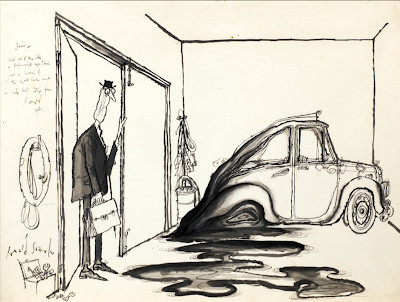 Ronald Searle 1920-2011: 'Oil Leak',
signed, cartoon in pen and ink on board, with dedication "David, Don't look at this with a professional eye! This is just a souvenir of the Monte Carlo jaunt - with best wishes from Ronald 1968', 36 x 47cm, in card mounted display with copies of Searle's artwork designs for the titles of 'Those Daring Young Men in the Jaunty Jalopies' (working title) and scanned images of David Watson clowning with Dudley Moore and some of the film crew. 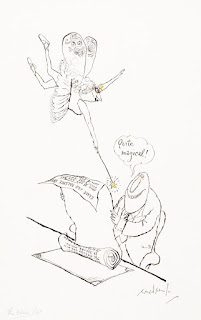 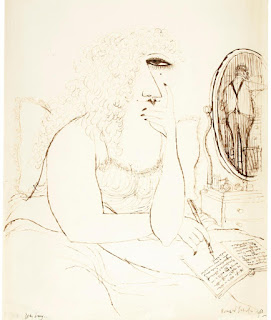 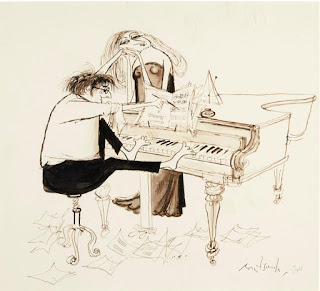 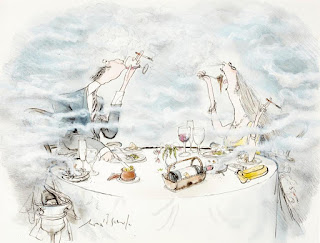 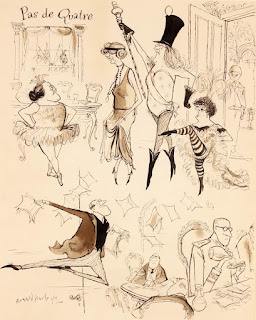 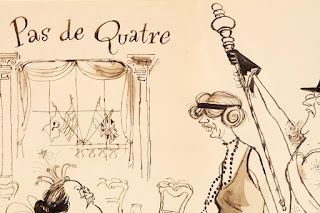 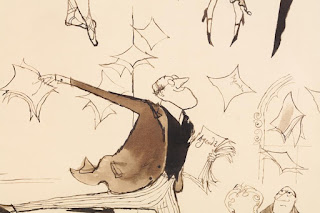 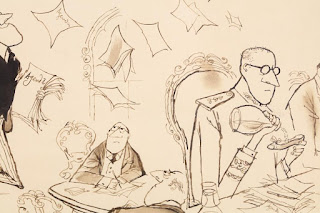 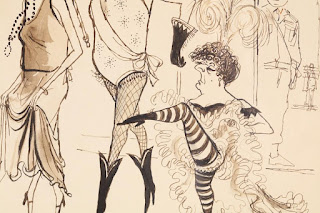 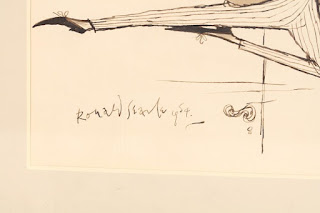 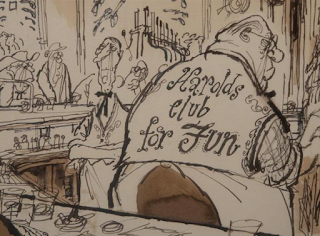 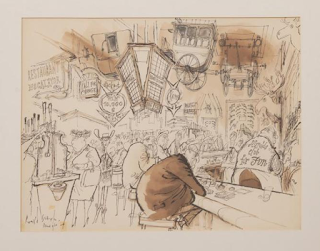 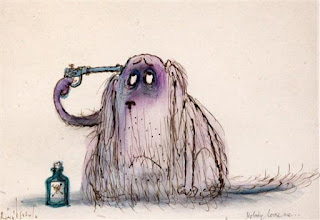 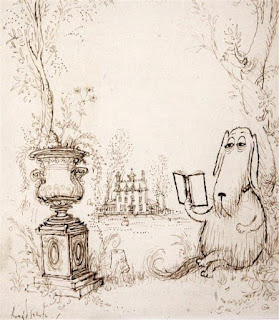 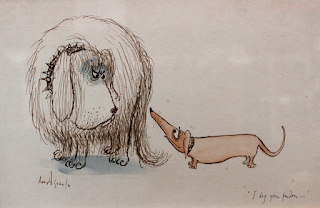 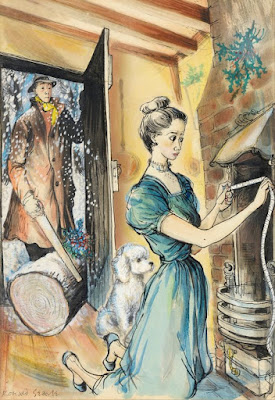 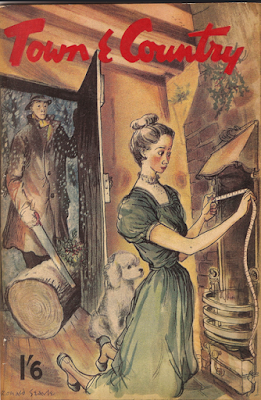 Posted by Matt Jones at 6:06 PM No comments: