Dennis Hall of Parrot Press Editions sent me this article he wrote on Searle for an arts magazine he contributes to- 'Parenthesis'. 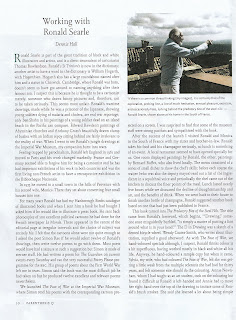 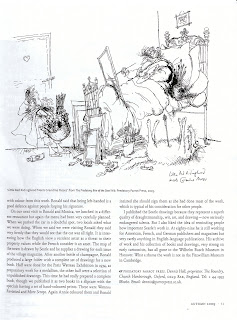 I must start updating with some of the material generous folk have contributed lately.  First up cartoonist Leo Rios found a couple of original Searles in the local Museo della Caricatura in Tolentino, Italy. 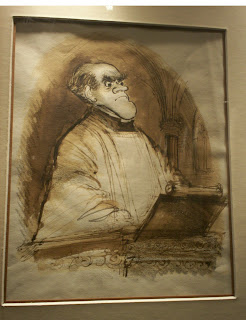 'The Clergyman' (unsigned) above is from 'The Rake's Progress' (page 88) 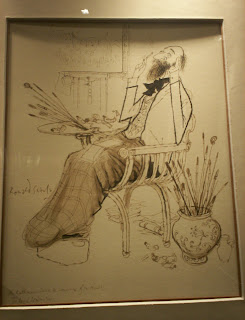 From Chris Madden's blog 'a rarely seen early Searle on these pages. It was drawn when he was 18 years old.

The picture dates back to Searle’s early years in Cambridge.  He wasn’t a student there – he just happened to live in the town (His father was a porter at Cambridge railway station at the time of his birth). He managed to get a job as a cartoonist on the local Cambridge paper and also indulged his interest in art by drawing portraits (not quite caricatures at this early stage) for the Cambridge University magazine The Granta.

This portrait from the magazine’s edition of 2nd November 1938 is of Helen Gillett, who just happens to be my partner’s mother (which is why we’ve got an old copy of the publication in a drawer). She had her portrait done because she’d just become the captain of the women’s hockey team.' 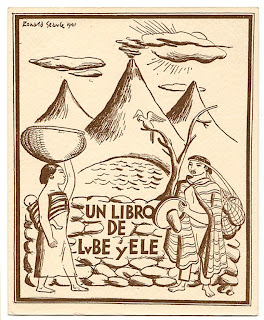 Here's another early one that popped up on eBay recently-
I'm not sure what it's promoting but it looks South American . . .

Hot off the press 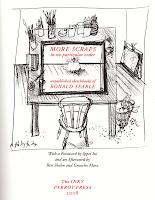 I've just received the latest Searle publications from the Parrot Press.  More Scraps is another collection of sketchbook drawings similar to the Predatory Bite of the Steel Nib.
The book comes in a slipcase folder with a second volume of drawings Searle made at the 1977 Watteau exhibition in Paris.
More info on the books here.
Posted by Matt Jones at 3:50 PM 1 comment:

Posted by Matt Jones at 6:46 PM No comments: 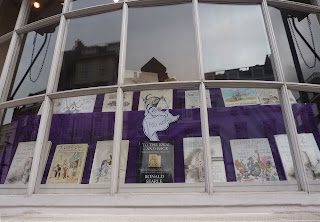 Booksellers Heywood Hill in London have a Searle window display.