I had seen low quality scans of this strip online years ago & had always hoped to track down an original print to see it at high resolution. Ads & Ends found it amongst their Punch collection & were kind enough to donate it to this blog.

It's a four page strip which I'll post in sequence over the next few days, here's part 1. 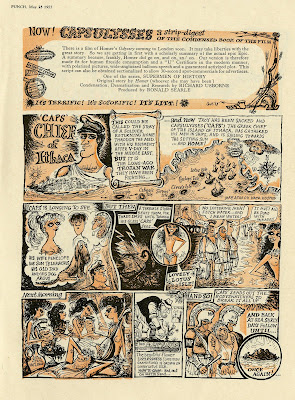 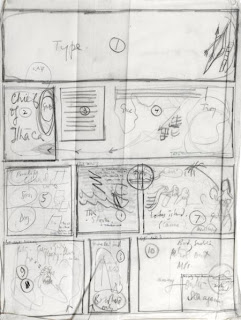 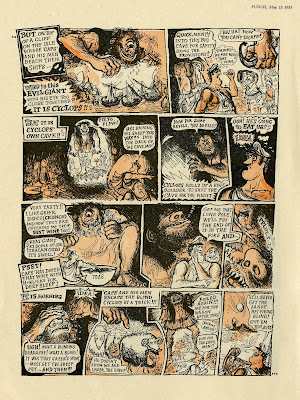 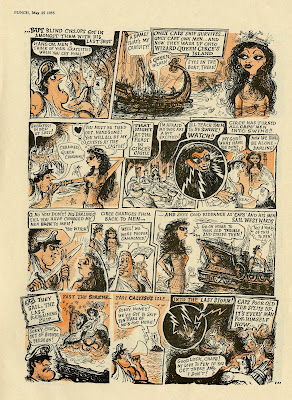 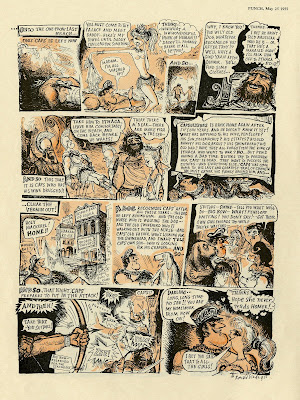 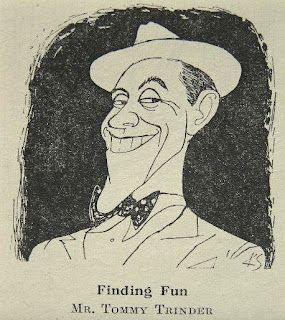 I found a great Ebay shop specializing in framed prints of Ronald Searle Punch cartoons. They're essentially pages from the magazine clipped out & framed. Just click on the Punch cartoons section in the left hand column or search for Ronald Searle. There are dozens of Searle's Punch Theatre caricatures on offer.
Posted by Matt Jones at 6:13 PM No comments:

Today is Mr Searle's 89th birthday! Before I left France I was over-joyed to receive a package from Mr Searle himself. When I met him last year he told me about the animated spots he made with Ivor Wood & would try to dig out the tape for me. As good as his word the tape arrived along with some photos from his archive. The photos relate to his time in New York & Hollywood in the 50s making Energetically Yours. 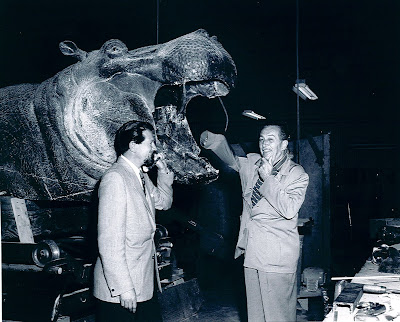 Above is a shot from his tour of the Disney studio that is previously un-published as far as I know. Walt must have been in a particularly jovial mood that day.

It's an honour to have Mr Searle effectively contributing to this blog! I told him about this site but I don't think he's online, although he did tell me to look for pen nibs on Ebay!
Posted by Matt Jones at 9:35 AM 7 comments: