It Must Be True 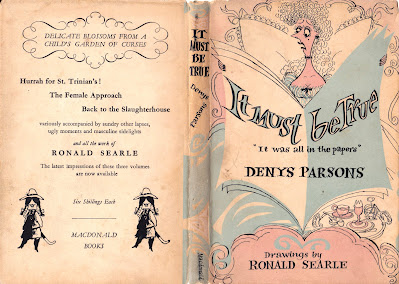 IT MUST BE TRUE "It was all in the papers"
Written by Denys Parsons & illustrated by Searle
Published by Macdonald, London, 1952 (fourth imp. March 1953
'Denys Parsons was the undisputed king of the misprint and over the years he compiled many best-selling volumes. It Must Be True brings together the very best of these timeless clangers dredged from the daily press across the English-speaking universe from the Berkhamsted Gazette to the Bulawayo Chronicle. Including both bizarre accidents of typesetting and delightful editorial bungles, most of the mishaps bring a hilarious unintentional new meaning, while others allow an inspired breed of nonsense to reign for a brief but glorious moment.' 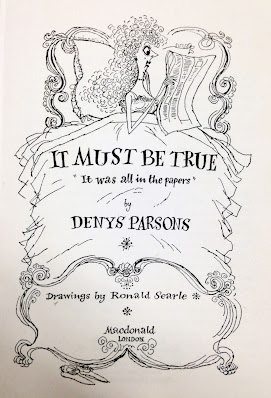 It seems these books by Parsons proved popular and the publisher, Macdonald, put out several collections with illustrations by the best of the day including Haro and Anton (whose early influence on Searle's style can be detected). 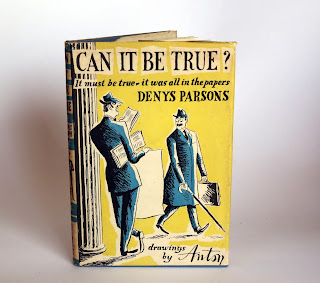 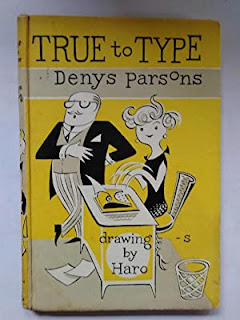 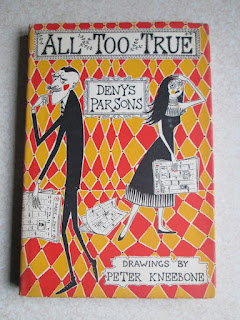 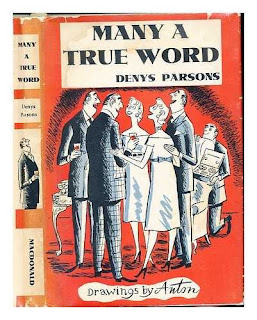 Before the Parsons books Searle illustrated 'This England' published by Turnstile Press in 1949 -'a collection of newspaper cuttings, submitted by readers and published each week in The New Statesman and Nation'. 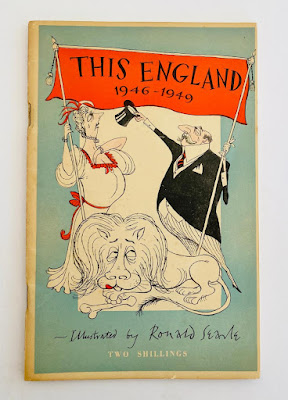 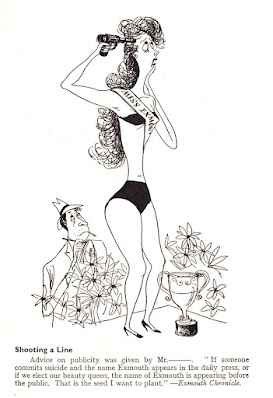 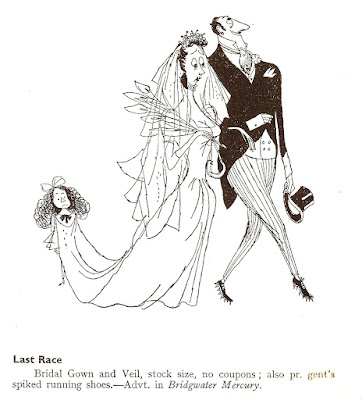 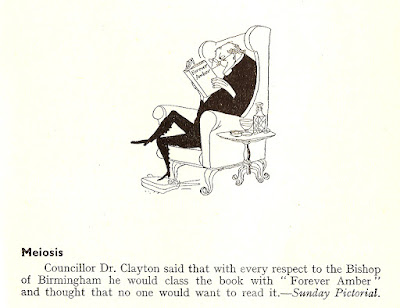 Posted by Matt Jones at 8:24 PM No comments: