A nice find in the King's College London  Archives here 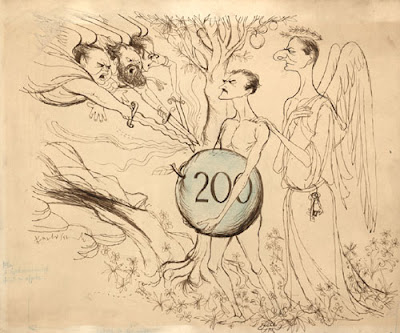 'Design by Ronald Searle  for Adam International Review.
Adam International Review was a literary magazine published in English and French, (its title, ADAM, an acronym for Arts, Drama, Architecture and Music) and edited by Miron Grindea (1909 - 1995).
Its archive is held by King's College Archives.
The illustration was published in 1949 and shows Grindea (as Adam) with TS Eliot as a guardian angel, defending Adam from critics including Cyril Connolly.' 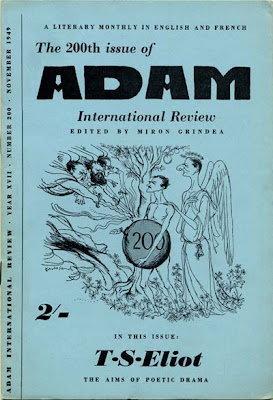 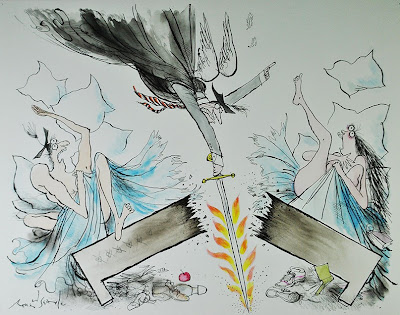 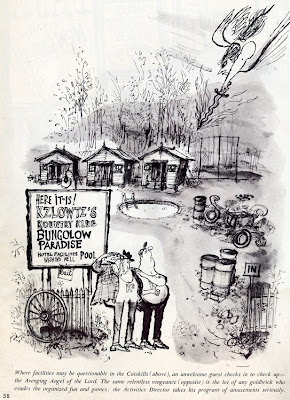 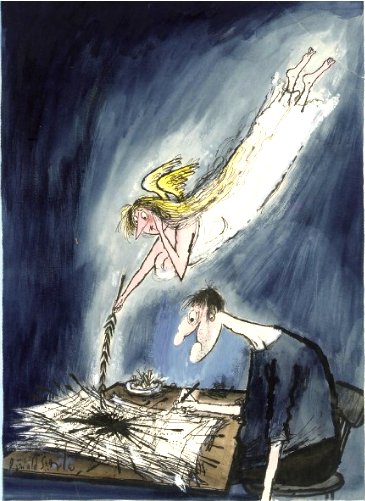 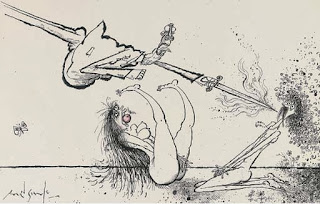 'ADAM AND EVE AND THE FLAMING SWORD OF P.C.'