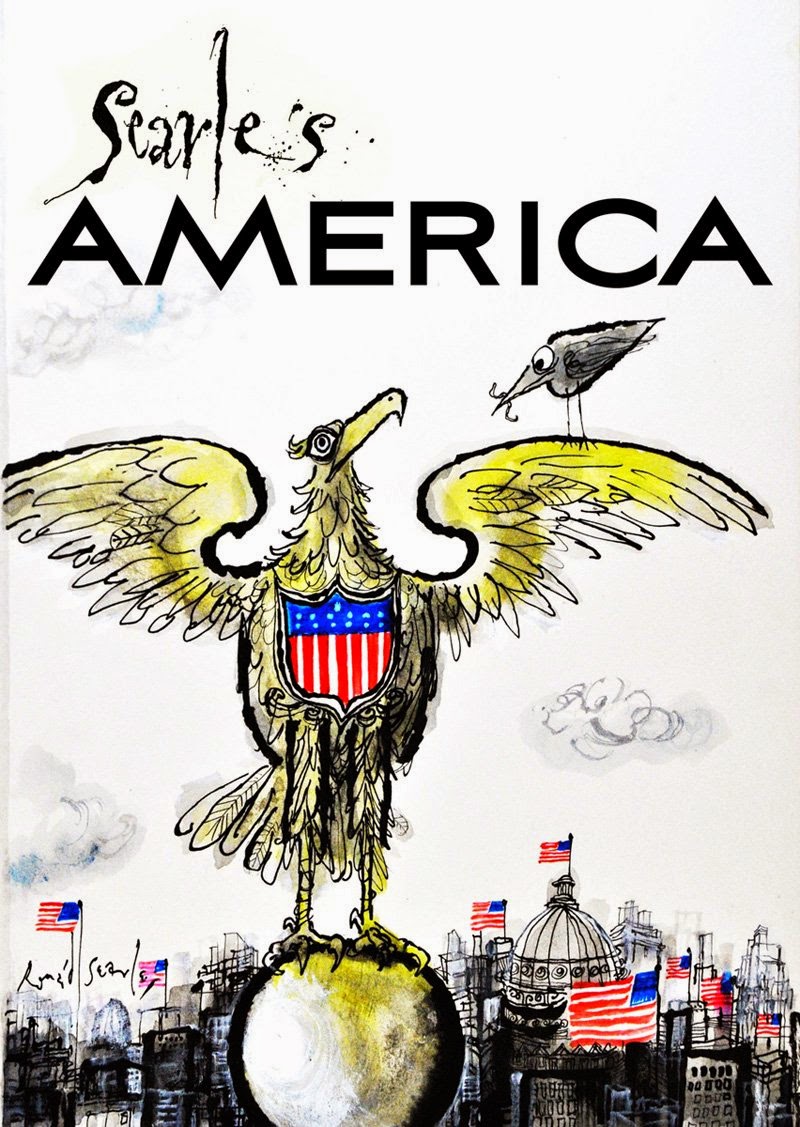 
'This is legendary British cartoonist Ronald Searle’s caustic take on 1960s America, in the form of illustrations and drawings (with commentary).
Dispatched to America in the early ’60s, the golden age of illustrative reportage, Ronald Searle spent several years covering everything—in the form of drawings in his trademark satirical and virtuosic style—from sports to politics, for magazines such as The Saturday Evening Post and TV Guide. Topics included Palm Springs, Las Vegas, the Presidential contest between John F. Kennedy and Richard Nixon—as seen through the eyes of a caustic Englishman. Full-color illustrations throughout.'
Posted by Matt Jones at 11:13 PM 1 comment:

Here's a great feature on Searle from The Sketch magazine 1949. Alongside the St.Trinians drawings the article portrays the artist and his family. His first wife Kaye Webb and their (non-identical) twin children Kate and John in the bath! 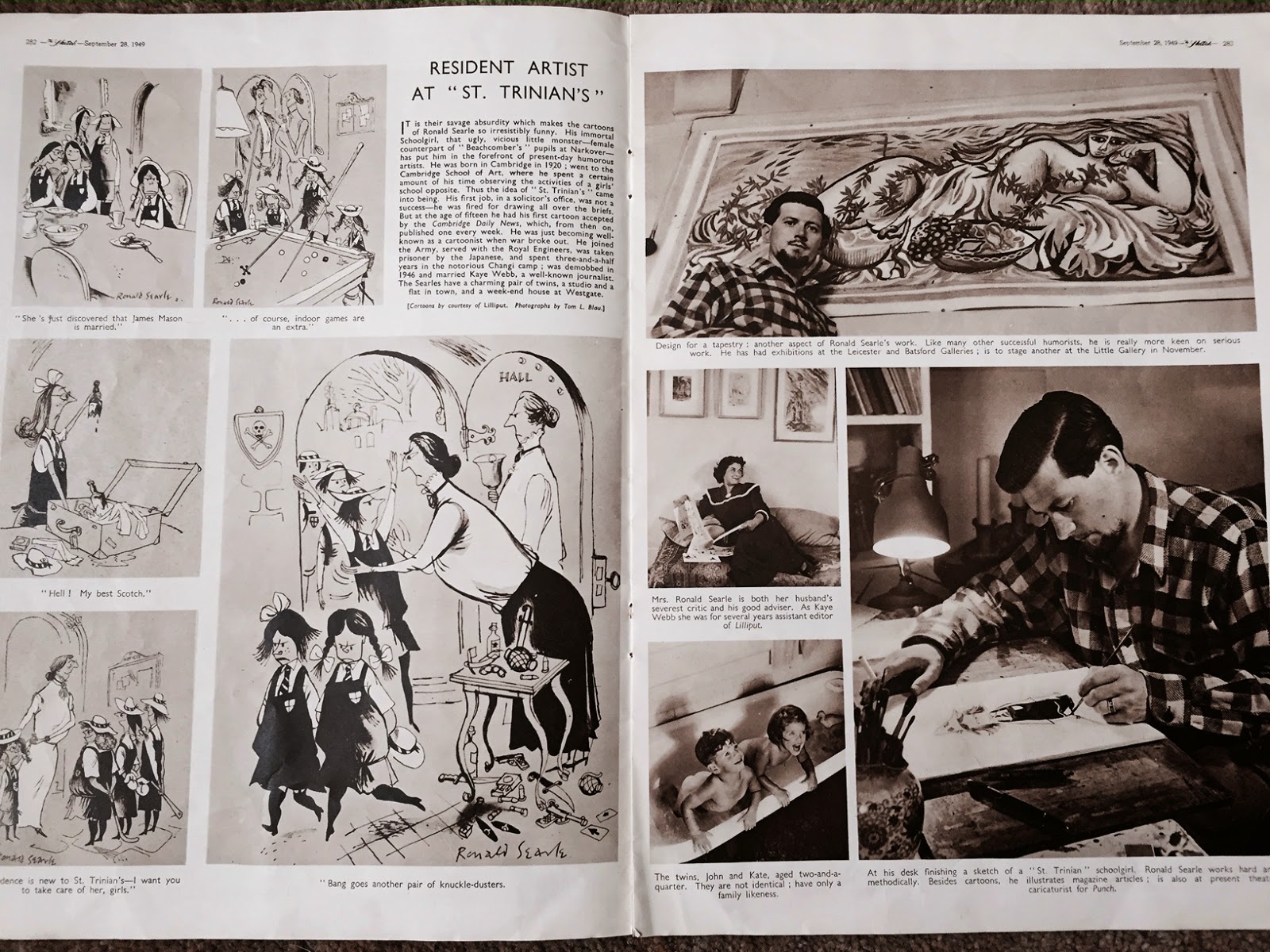 That's a good shot of Ronald in front of a tapestry made in his style. I've see that in other photos and assumed it was from his design. This confirms it.  The picture's caption hints at the artist's true passion 'Like many other successful humorists, he is really more keen on serious work.' He would kill off his famous creations only a few years after this and pursue acceptance by the fine art world with a move to Paris in the early 1960s. 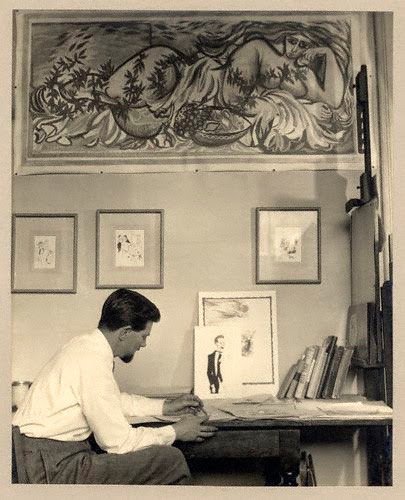 These early pictures seem to show the original design on paper. By the time the Searles moved to their modern, Denys Lasdun-designed, house at 32 Newton Rd. a woven tapestry was hanging on the wall. As you can see in the photos below it was part of an eclectic collection of artifacts that Ronald gathered including the Benin Bronze that he later sold. 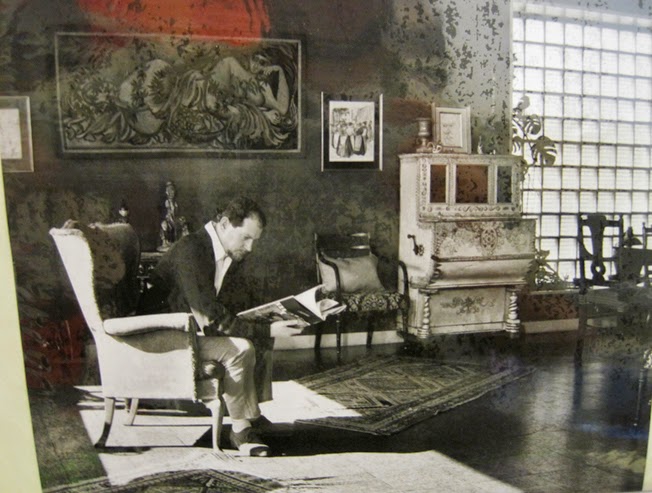 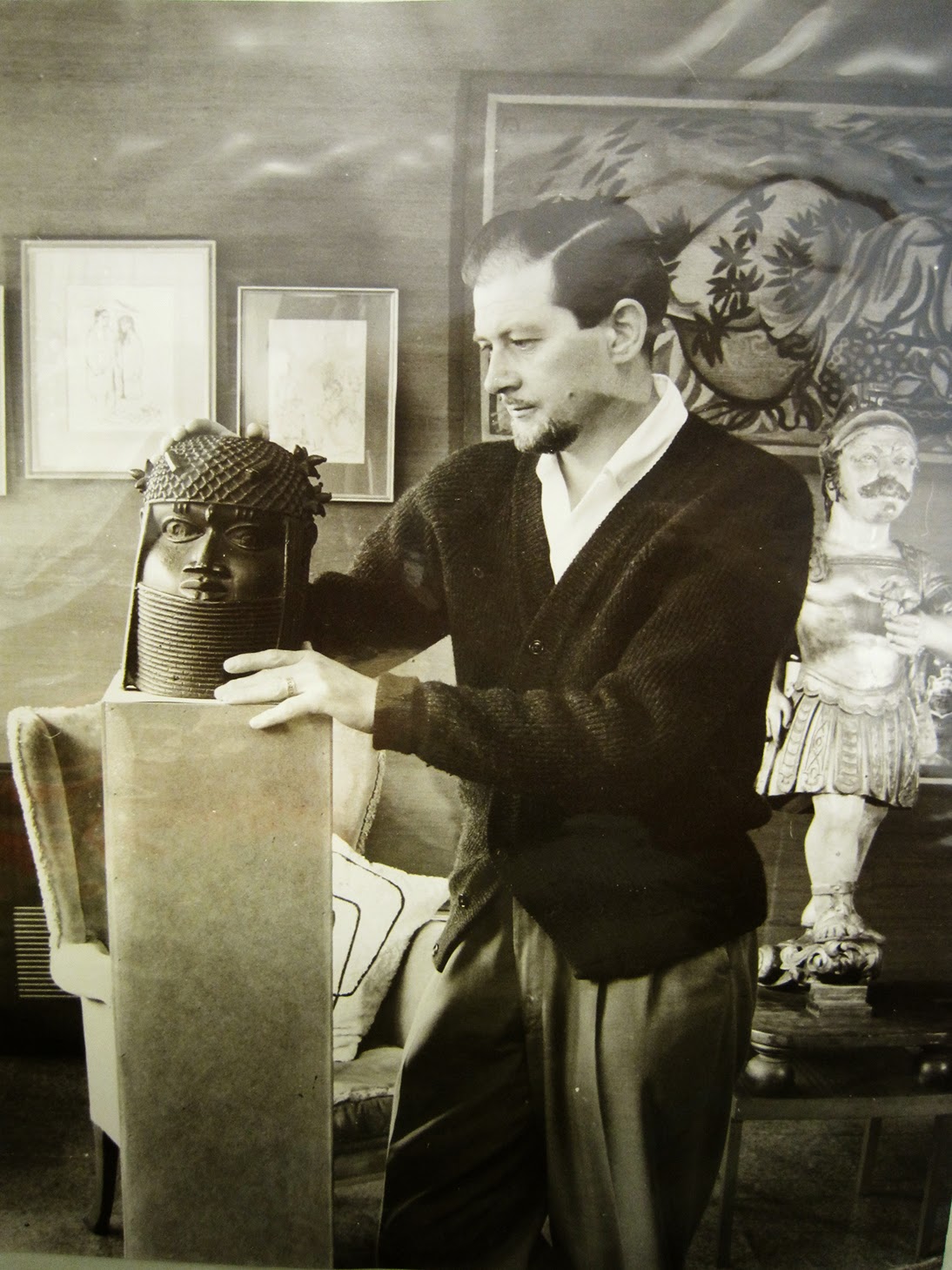 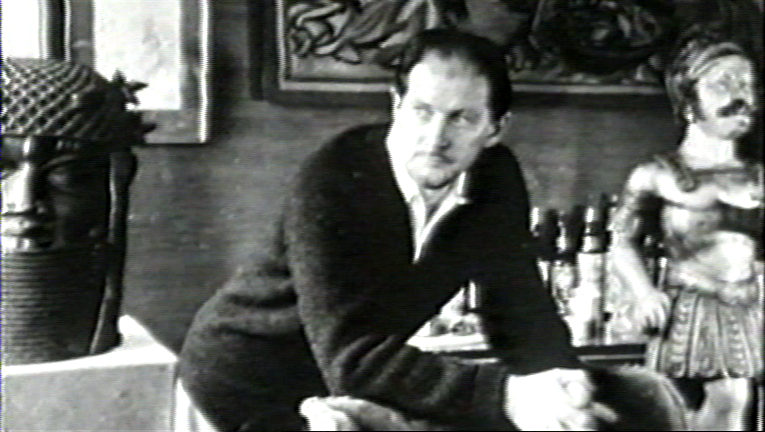 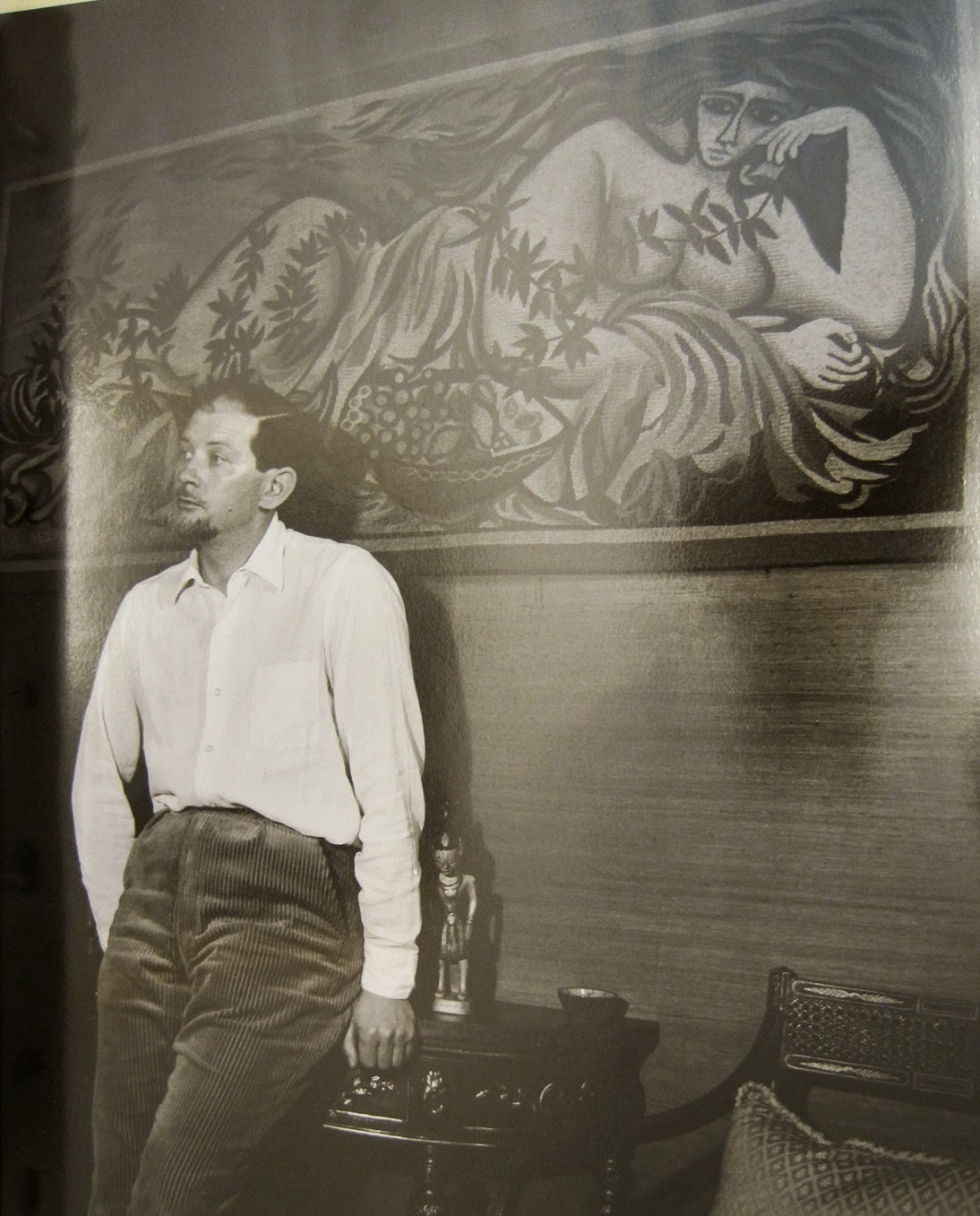 I believe the tapestry was woven at the Edinburgh Tapestry Co. under the supervision of Ronald Cruickshank. (Artistic Director of the Dovecot Studios, Edinburgh, woven at The Golden Targe Tapestry Studio, Chester Street, Edinburgh). 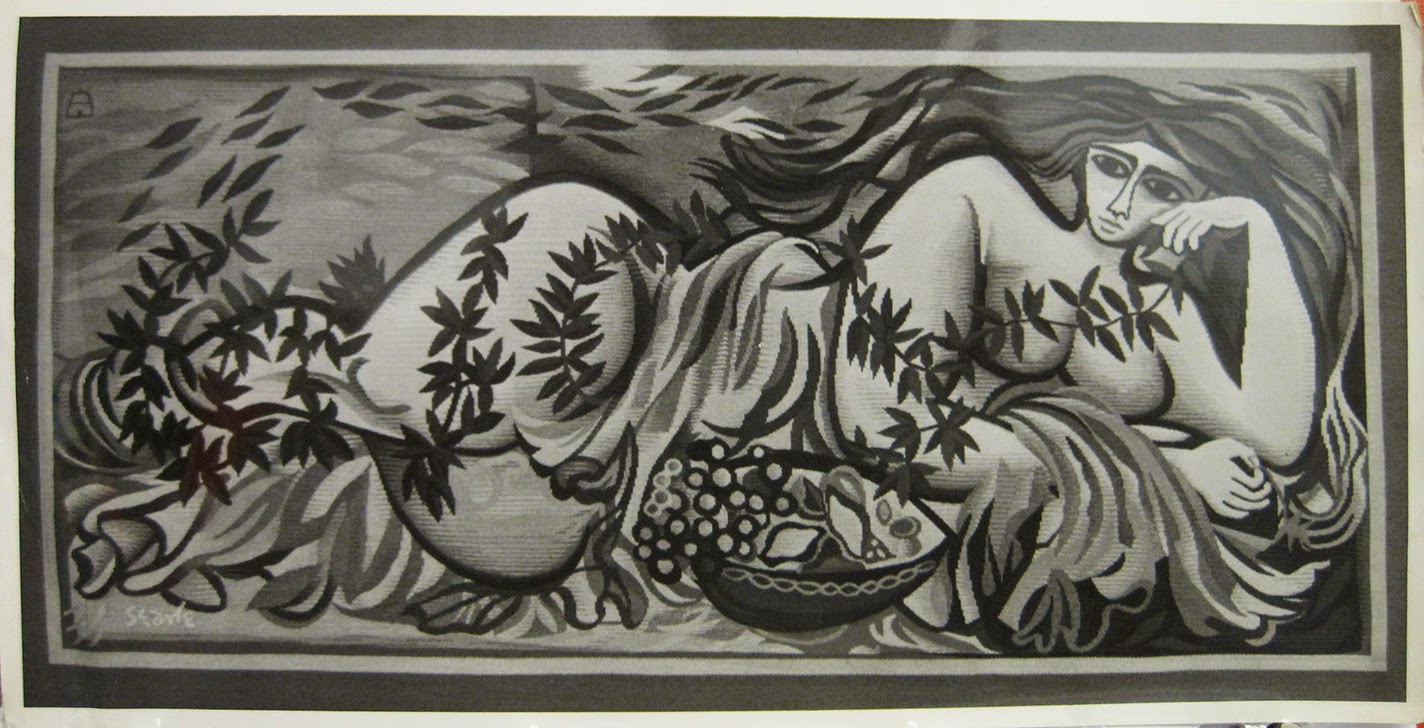 (Thanks to Merfyn Jones for the magazine article scan)
Posted by Matt Jones at 10:30 PM No comments: