The mythical mermaid is a character ripe for  a whimsical interpretation from Searle.  She seemed to inspire creations that were quite special in Searle's ouvre.  For the 1955 Chelsea Arts Ball Searle was commissioned to create the decor with the theme of 'The Seven Seas'. He designed an elaborate centre-piece depicting Triton surrounded by mermaids which was recreated as a 50 foot sculpture! (To see more pictures from the event go here) 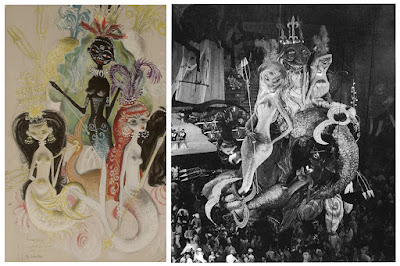 Even mermaids get cravings for ice cream on hot days according to this 1966 cover for Argosy magazine. 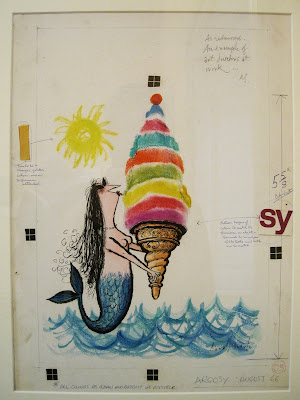 Ernest Hemingway was depicted as a mer-man in Punch magazine, 10th November, 1964. 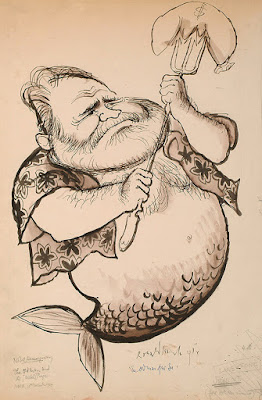 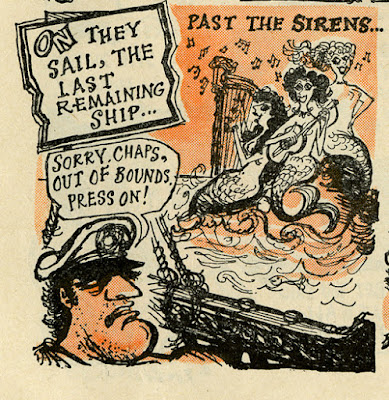 Here's a secret for Searle fans: The Hotel de la Plage in Rayol Canadel on the French Riviera has a very special mural created by Searle for the owners in 1965. Here are Ronald and his wife Monica with the current owner in 2008. 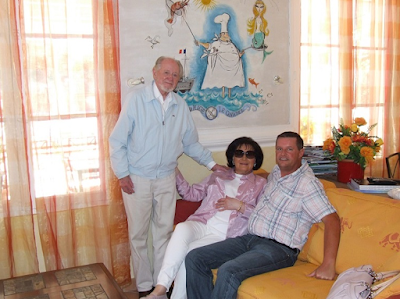 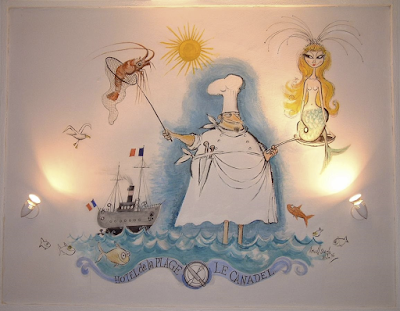 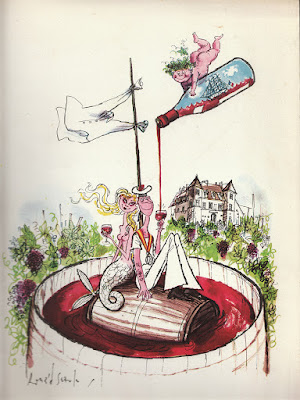