Tourtour, the Provençal village where the Searles lived, is currently hosting an exhibition 'La Dolce Vita a Tourtour'.
A collection of the cartoons Ronald made for the village magazine 'Lou Troumpetoun' depicting the bucolic Tourtour way of life . . . 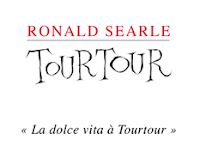 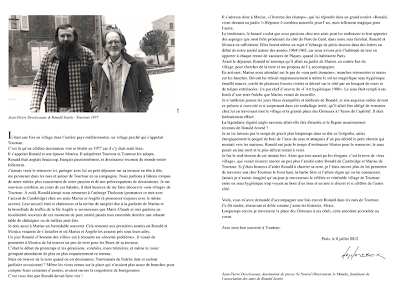 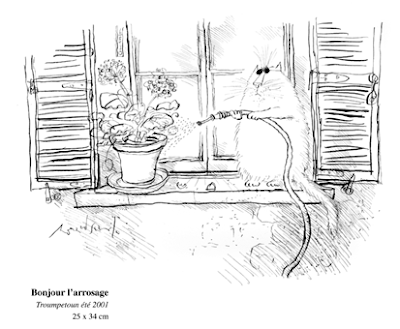 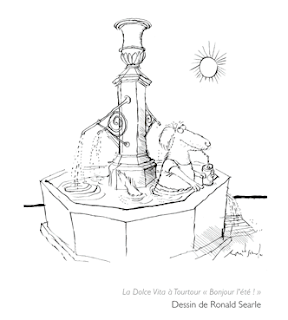 For 12 years Searle contributed a back-page cartoon to the village magazine-I saw copies of the whole lot in the village tourism office but they only had one issue available for me to take away. 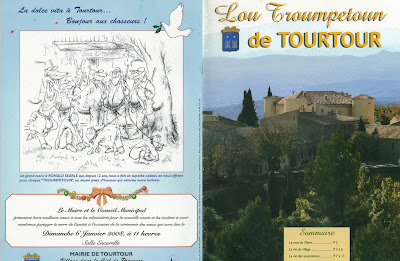 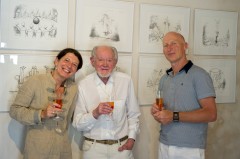 An animation friend Mark Stanleigh was in Tourtour last year and saw the exhibition.  He left a message for Ronald at the gallery and received a typically generous response. 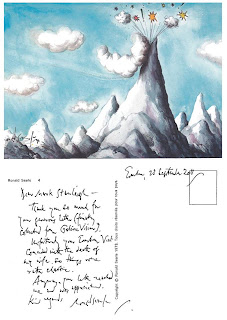 'This past summer I went on a trip to France and visited the small and beautiful village where Ronald Searle lived. Although I inevitably did not run in to him, I met a friend of his who was kind enough to agree to pass on a letter I wrote for Mr. Searle. In the letter I thanked him for inspiring me so much and included a sketch that I did for him. A

mere few weeks later I received this bittersweet postcard in the mail in which he thanked me for my letter and informed me that while I was visiting, sadly his wife had passed away. I am still in disbelief that he took the time to write me despite such horrible circumstances. I feel very lucky to have heard from him and thought that I would share his note to me. Thank you Mr. Searle and Rest in Peace.'
From Mark's photographs it looks like the drawings on display were those made for Le Monde through the nineties. 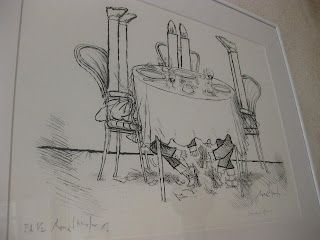 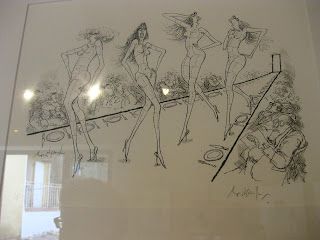 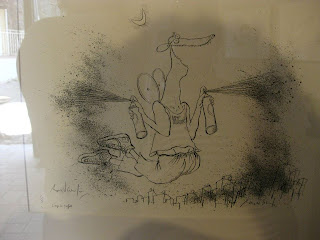 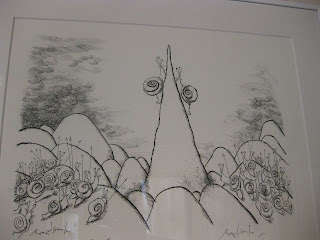 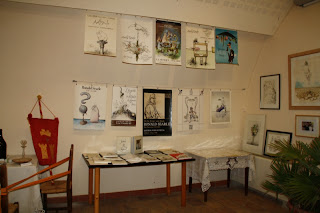 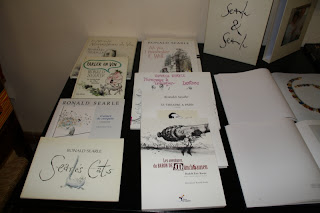 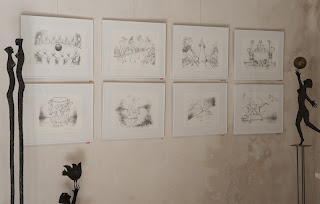 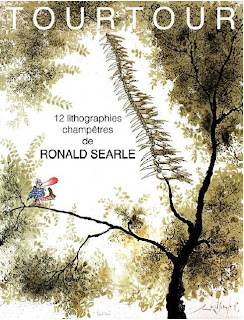 Exhibition 2013 at the Galerie Municipal
Posted by Matt Jones at 9:09 PM No comments:

The Hunchback of Notre Dame 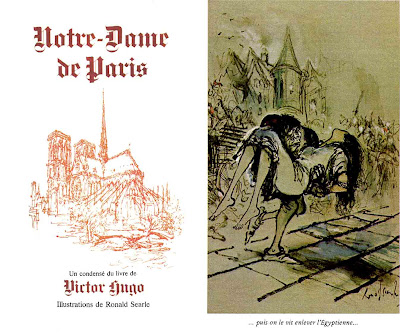 'For Reader’s Digest, Searle illustrated an abridged version of Victor Hugo’s Notre Dame de Paris which was first published as The Hunchback of Notre-Dame in the USA in 1966, and then republished by the French branch in 1968' 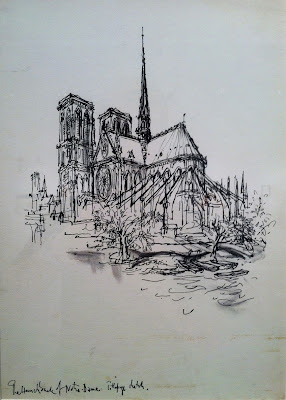 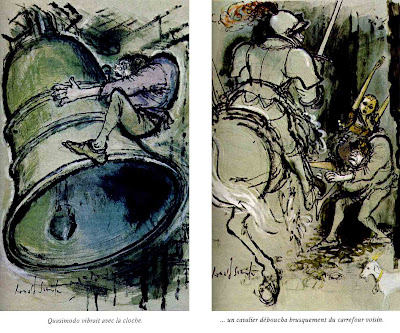 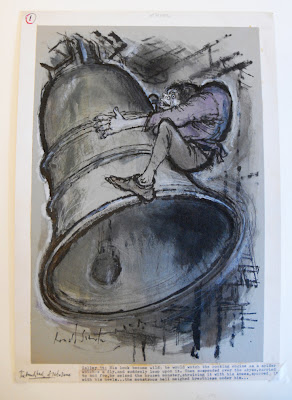 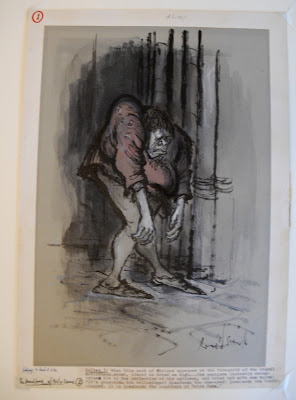 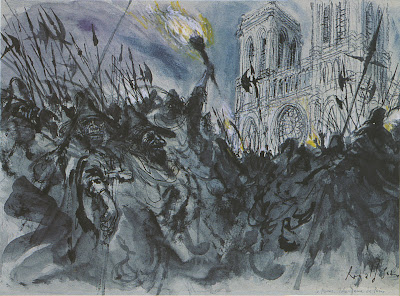 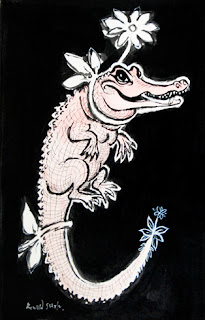