Searle's trip to Canada in the 60s as reported on in the UK newspaper The Sun. 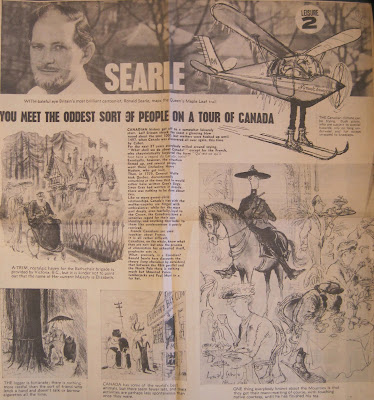 The report as originally published in full colour in HOLIDAY magazine, April 1964
(Thanks to Brendan Amphlet & Uli Meyer for the scans) 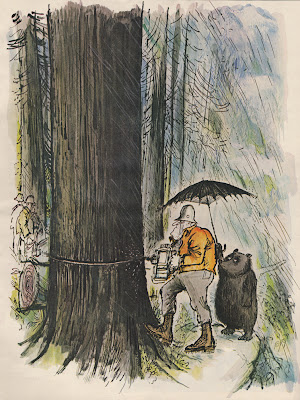 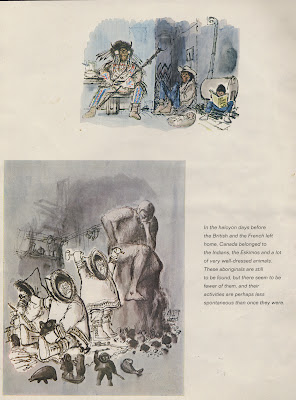 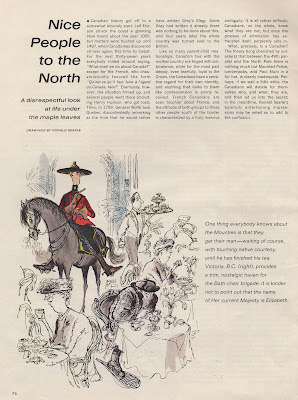 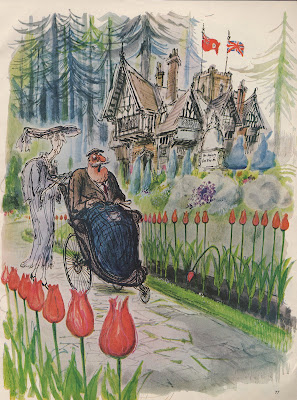 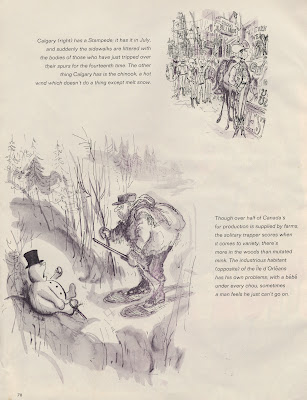 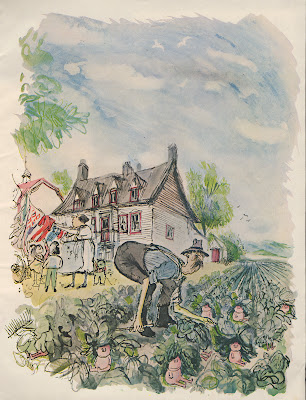 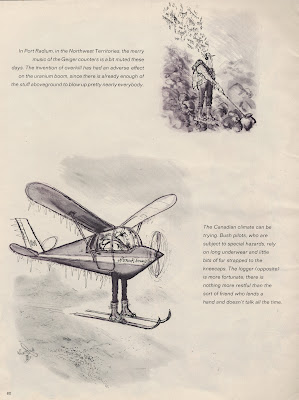 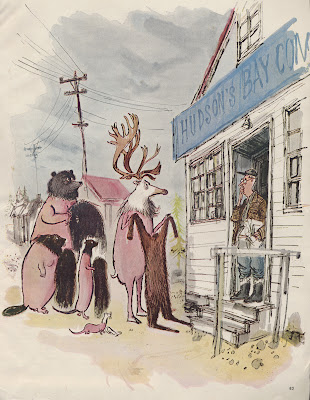 This would later lead to a commission from The Hudson's Bay Company to illustrate their calender, the drawings for which were subsequently published in the book THE GREAT FUR OPERA, 1970.

I found some interesting Searle rarities in the this obscure collection: 'All the Art That's Fit to Print (And Some That Wasn't) Inside The New York Times Op-Ed Page' by Jerelle Kraus (Columbia University Press 2009) 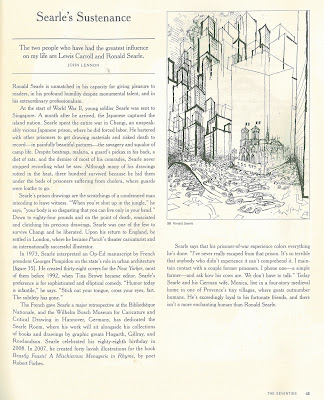 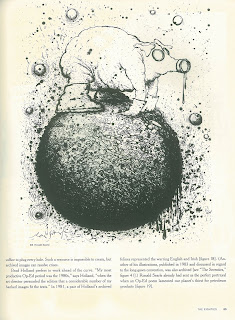 'Searle had already sent us the perfect portrayal when an Op-Ed poem lamented our planet's thirst for petroleum products.' 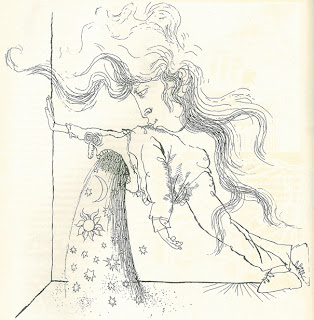 "My drawing for 'Summer Poems' (1995) was killed by the Times because an editor (Howell Raines) detected an erection in it.  That's his fantasy of course, since nothing is more pure than the image of a man being sick in the street."

Posted by Matt Jones at 4:49 PM No comments: