September 5th,1943- Young British cartoonist Ronald Searle is captured by the Japanese in Burma. He spent his time as a P.O.W. working on the infamous Bridge on the River Kwai and making sketches of the nightmarish conditions of his fellow prisoners. -Tom Sito's blog. 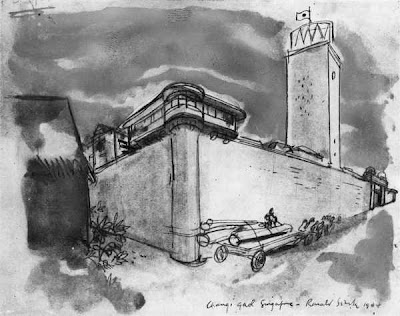 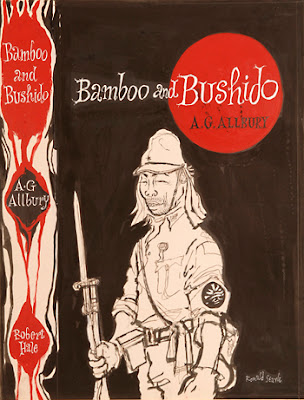 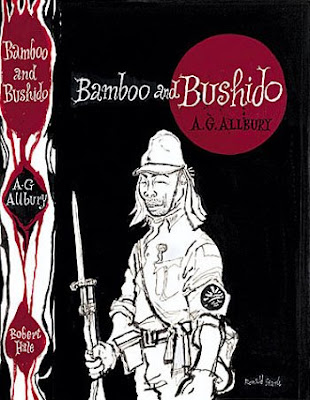 This collection comprises a book of sketches by English artist Ronald Searle and letters between Searle and fellow soldier Henry 'Lofty' Cannon.
The sketches were produced while Searle and Cannon were prisoners of war on the Thai-Burma railway and at Changi prison camp during World War II (1943-46). They depict scenes of camp life, showing the hardship of life as a POW and highlighting Lofty Cannon’s medical service to fellow POWs.
Searle kept his sketches safe by hiding them under the mattresses of prisoners suffering from cholera. He took the surviving drawings home with him after he was liberated in 1945. They were published in The Naked Island (1951), written by fellow POW Russell Braddon. 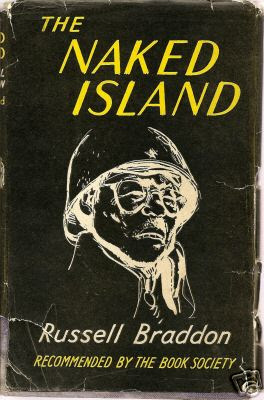 The sketches within the State Library’s collection were given with great gratitude by Ronald Searle to Lofty Cannon. This can be seen in Searle's comment to Lofty in a letter from 30 August 1946: 'I know, as you do, that you helped to save my life and made my existence under that net almost bearable. Believe me, Lofty, I’ve praised the stars that brought you to that ward many times.'

'I am just learning about Ronald Searle, as I have just recently learnt of his connection to my late grandfather Lofty Cannon - the subject of some of his illustrations. Although I do not have the information at hand right now, I recall reading that Searle drew with his non-preferred hand when he was a POW when he was very ill (drifting in and out of a coma) because his left hand (preferred hand) was covered in ulcers. I don't know if this helps to explain why perhaps you think the Japanese POW drawings are of a different standard to his previous work....? Perhaps you knew that already?'
Anon. http://illustrationart.blogspot.com/2006/11/ronald-searle.html


Ronald Searle was born in Cambridge, England, in 1920. In 1939, he joined the army as an architectural draftsman. At the fall of Singapore he became, with so many other British and Australian troops, a prisoner of war in Changi and on the Thai Burma railway. During this time Ronald Searle never stopped drawing. After the war, Ronald Searle became one of the foremost illustrators in England and Europe, and in the United States he was the first non-American cartoonist to receive the National Cartoonists Society’s Reuben Award. He is more popularly known as the creator of the St Trinians and Nigel Molesworth (with Geoffrey Willans) cartoons. Australian Henry Judge (Lofty) Cannon became a friend of Ronald Searle when he was a medical orderly with the 2/9th Field Ambulance and fellow prisoner of war.

Scans of these Christmas cards were sent to me by David McCarthy who had inherited them. They have been verified by the Imperial War Museum as genuine Searles. 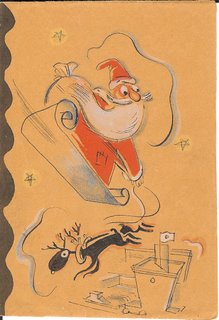 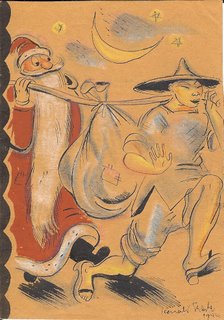 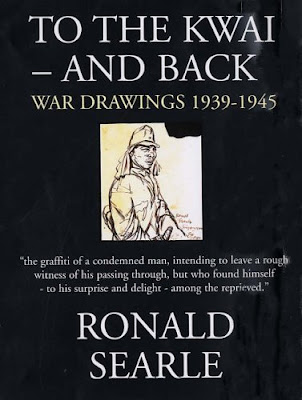 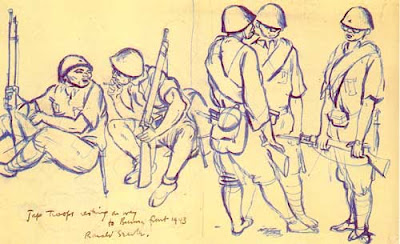 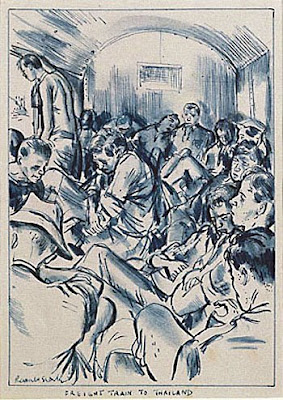 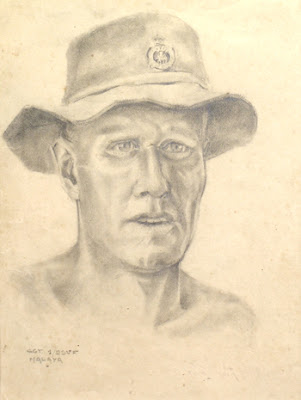 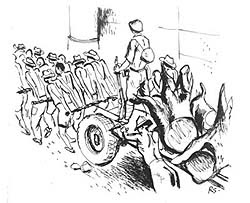 Prisoners hauling logs to gaol, Changi prison © Ronald Searle 1944, by permission of the artist and The Sayle Literary Agency. 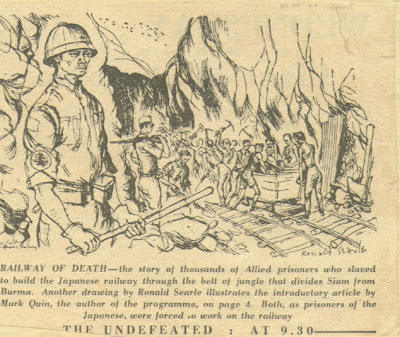 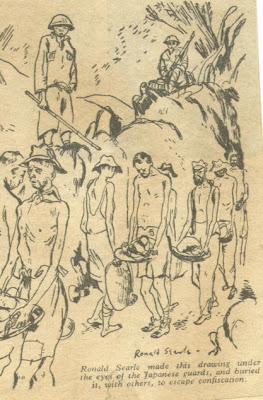 'I have just come back from MW’s room, he has invited three artist lads up with some sketches, one of these was S, who draws for Lilliput and Men Only. He gets £7 per drawing, - rapid pen and ink stuff- and other work too. He has done lots and lots of rough sketches in camp and he’s now working on some murals at the cinema here. We have agreed to start an Artists’ Circle in my Chinese Temple on Sundays starting next Sunday at 10.30 and he is bringing a good Java model. There will be about six of us. I am very bucked about it.'
From the diaries of Thomas George Cotterell
Posted by Matt Jones at 4:25 PM 7 comments: 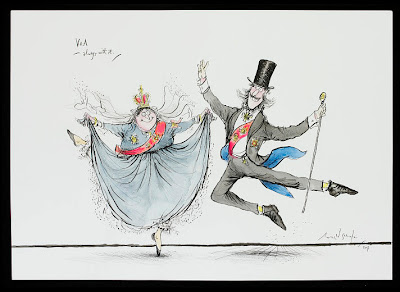 
"I remember when I first met Ronald Searle, just about 60 years ago. The BBC at that time had a radio series in which a hopeful beginner was taken to meet a well-established professional. I can still remember the drawing, by Searle himself, in the Radio Times – the artist crouched awkwardly in some primitive stocks, about to be quizzed by a spotty infant, who was me. At 20, I had done effectively nothing; Searle, only 12 years my senior, was already a star, known internationally, and in the studio of his striking modern house in Bayswater I lacked the confidence to ask the most important question: What kind of pen-nibs do you use?
Perhaps strangely, I have never actually met Searle again since that time, which doesn't mean that I haven't over the years had a vivid awareness of what he has been up to: practically everything that anyone who does illustration aspires to. Of course, retrospectively, those astonishing drawings that he brought back from the Japanese prison camps; and then the comedy of St Trinians and Molesworth; more reportage from refugee camps; wonderful caricature, particularly in the theatre, and then over years of world travel what amount to wholesale caricatures of cities and countries; years of satire in the pages of Le Monde. And now I have on the table in front of me Les Très Riches Heures of Mrs Mole, the drawings he did for his wife Monica, which shows how sensitive a satirist he can be.
His reputation is international; but I think many of us will regret that he has not been better appreciated in his own country. In the 60s he left for a new life in France; a country which as soon as 1973 – 40 years ago – mounted a full-scale exhibition of his work in the Bibliothèque Nationale. By contrast no major institution in Britain has managed to do anything of the same sort; disappointing not least in that he is a striking representative of a great British tradition, of something we do well, and where he stands with his own heroes, George Cruikshank and Thomas Rowlandson.
In 2007 the Victoria & Albert Museum celebrated its 150th birthday and invited 150 artists and designers each to contribute a page to a memorial volume. The Searle page – the most energetic page in the book – shows Albert and Queen Victoria in full 19th-century rig, but nevertheless dancing like crazy. At the top lefthand corner of the drawing, in Searle's distinctive handwriting, are the words: "V and A: always with it."
Searle the artist was with it throughout the whole of his prolific working life, to our benefit and inspiration. A graphic hero.
-Quentin Blake
Posted by Matt Jones at 3:52 PM 2 comments: