'News Chronicle' featured a full page of Searle cartoons every week during the early fifties. He lampooned British life; humorous takes on everyday situations, events in and around London, art exhibitions and made portraits of notable people of the era and also people 'on the street'. 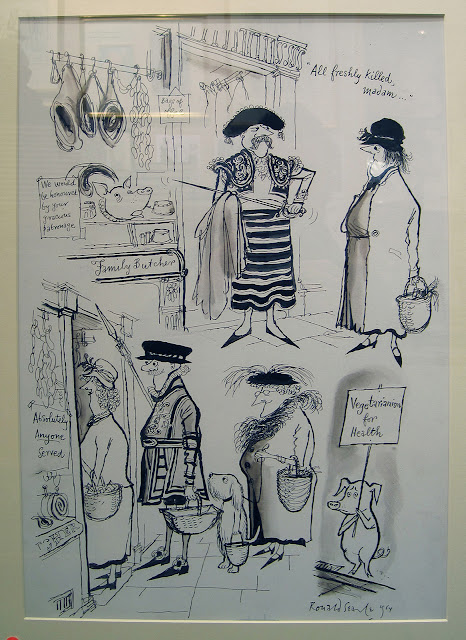 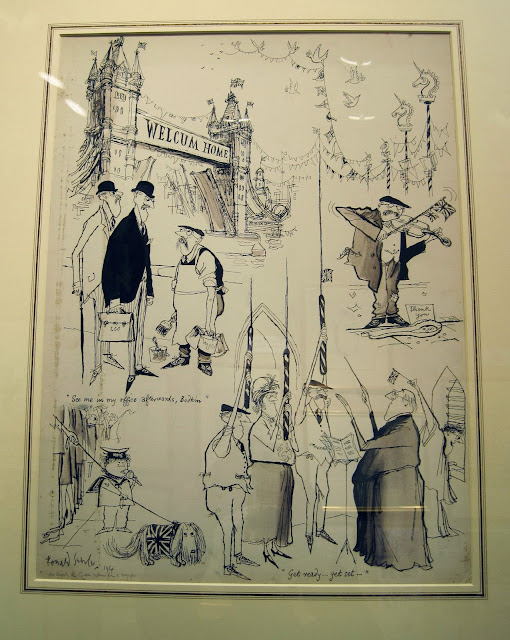 'HRH the Queen returns from a voyage' 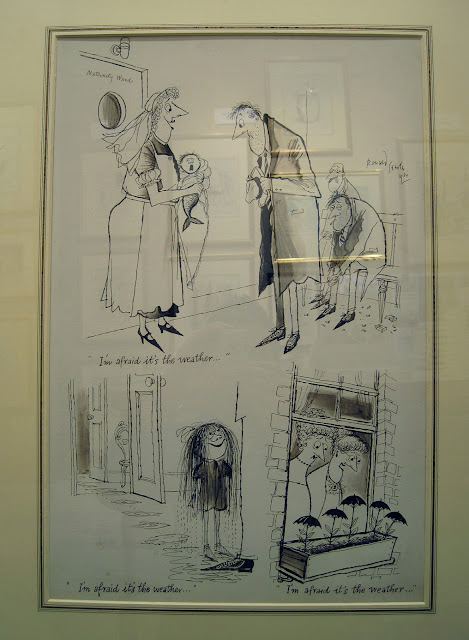 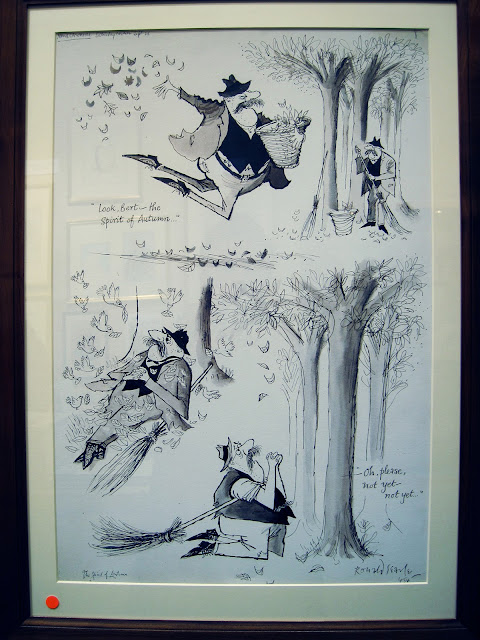 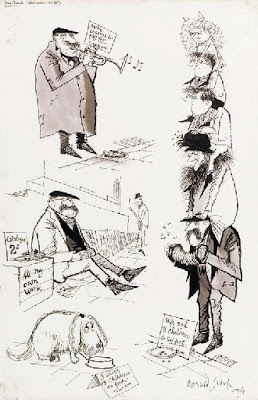 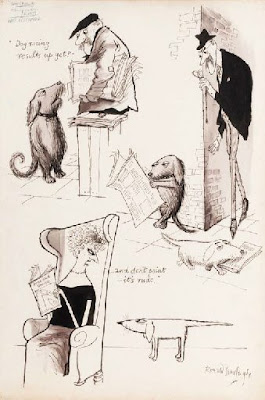 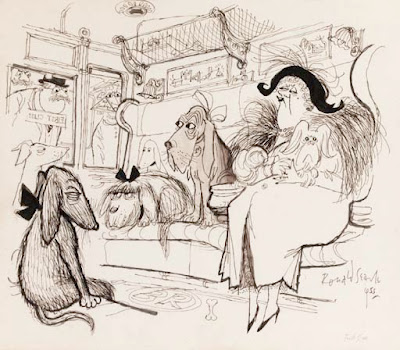 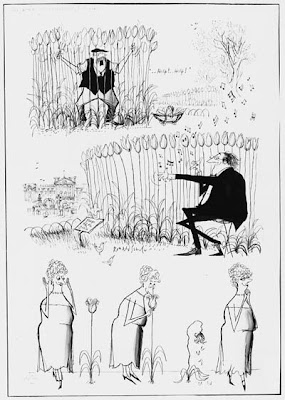 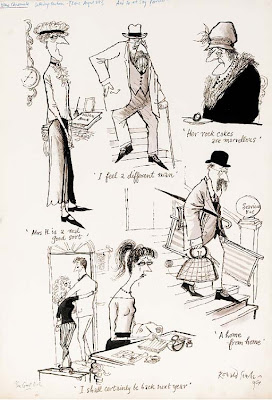 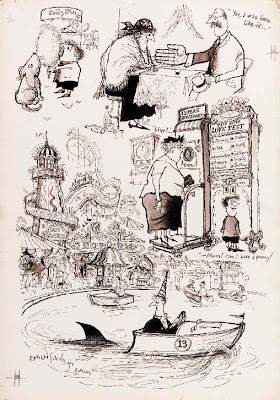 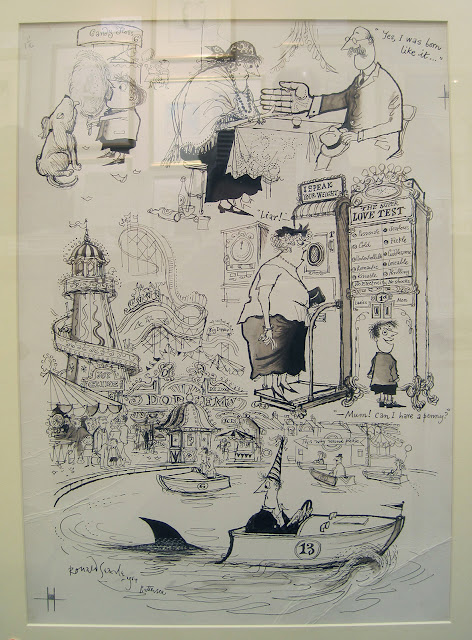 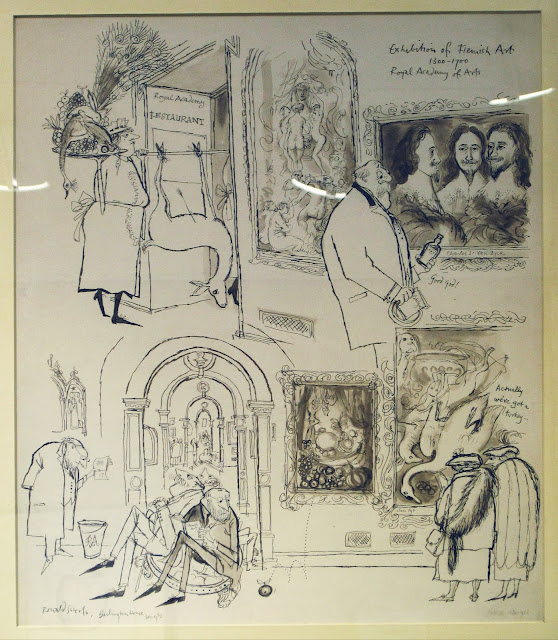 'Burlington House' December 1953 The Royal Academy. Searle recycled the gag above with an object falling out of a painted canvas several times over his career. It deserves a post of its own. 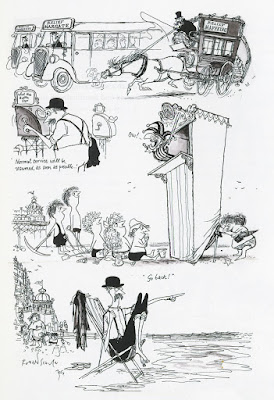 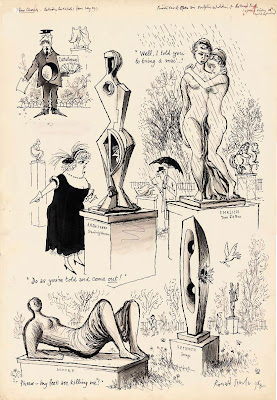 'Sculpture Exhibition in Holland Park'
News Chronicle: Saturday Sketch Book, London, 29 May 1954.
In these sketches for the above that Searle probably made on site we see the artist searching for the 'gag'. 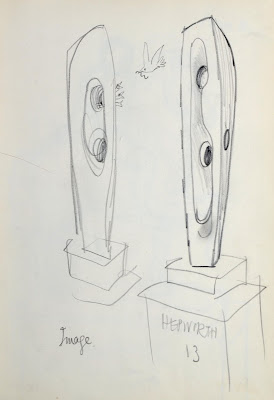 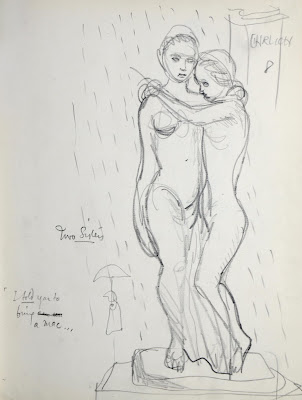 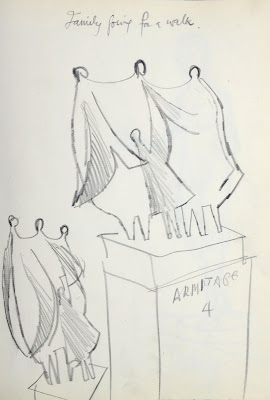 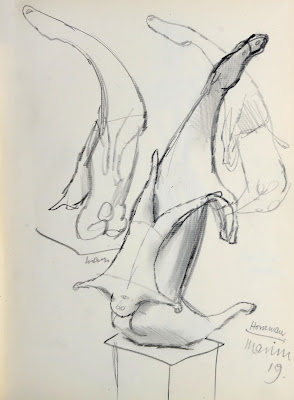 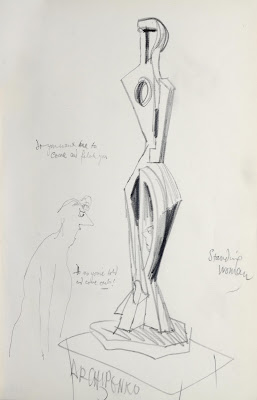 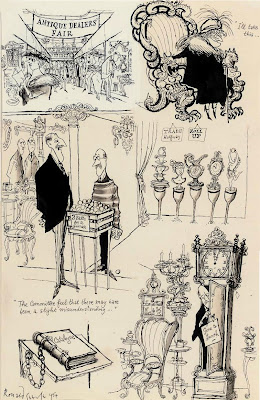 Searle also made portraits of London's citizens, known and unknown,  for the newspaper. They would later be collected in 'Looking at London and People Worth Meeting (1953). 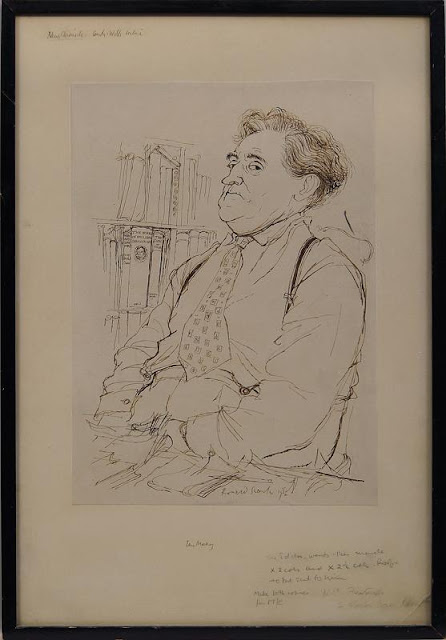 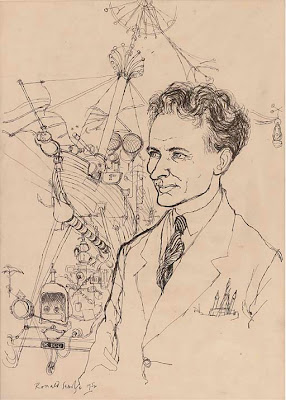 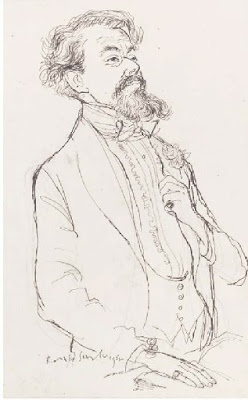 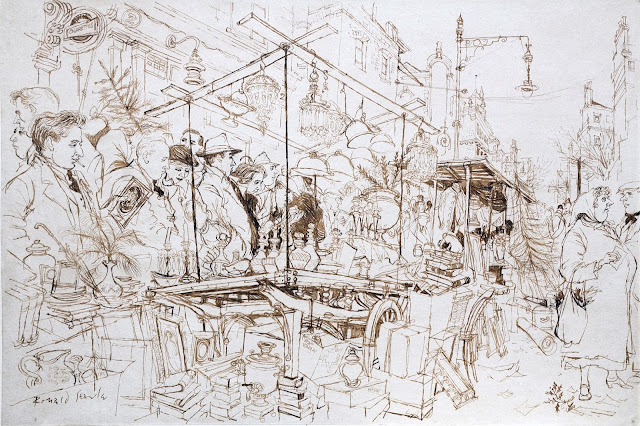 
(Many of the images here are courtesy of the Chris Beetles Gallery, London)

Oh, thanks a lot for sharing. These drawings are wonderful and exciting!

Oh, thanks for sharing. These drawings are wonderfull, exciting and full of inspiration!