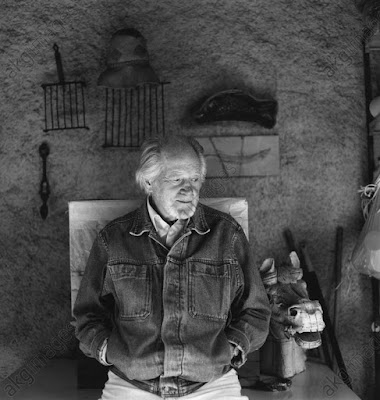 March 3rd marks the centenary of Ronald Searle's birth. The Searle archive in Hanover will host a special exhibition opening in April 'Searle 100'. Chris Beetles' gallery in London has a brief selling show of Searle originals.

Rizzoli Publishing in NYC recently released a lavish book on iconic travel mag HOLIDAY written by Pamela Fiori. It beautifully reproduces covers and articles from the magazine's hey-day in the 1960s. The magazine used many illustrators but the book highlights three; Hirschfeld, Bemelmans and Searle. Publisher info here and you can preview it here 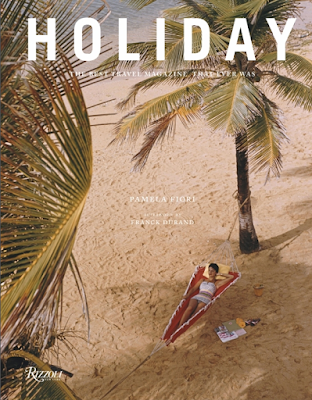 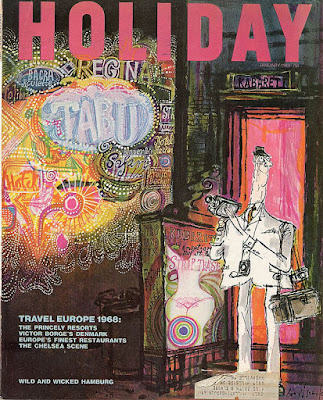 More on Searle and HOLIDAY here


London-based animator and film-maker Uli Meyer has finished a test sequence for a proposed feature film of Searle and Willans' 'Molesworth' which he will be pitching at Cartoon Forum. The teaser will go online March 5th. 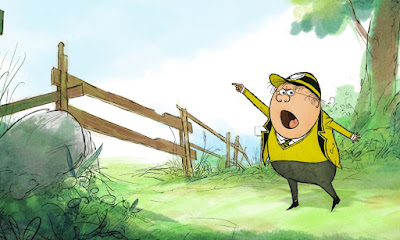 Ronald told me that he fully expected to live to 100 and I didn't doubt it as robust as he was in his ninth decade. But after his wife, Monica, passed away he joined her six months later. It was a real honor to know them at both at the end of their lives and hear the stories from lives well-lived. Raise a glass today to a giant of illustration and cartooning - the maestro Ronald Searle. 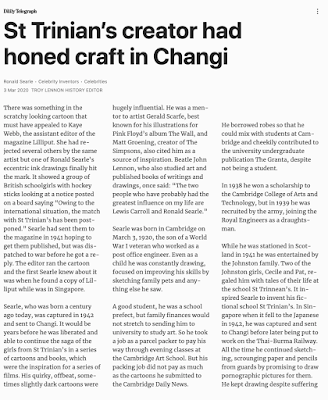 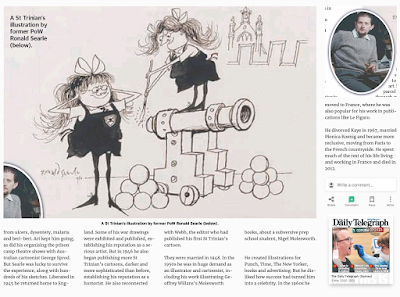