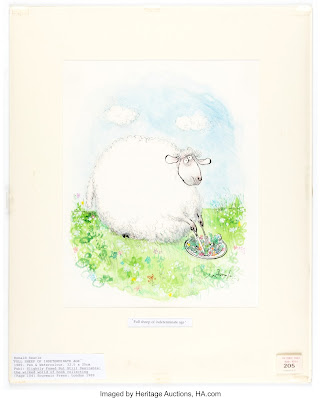 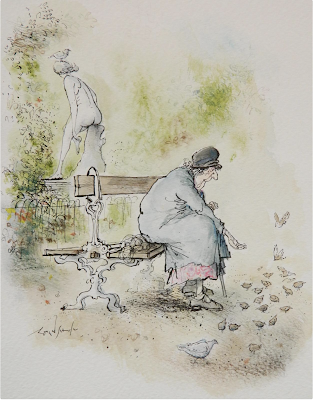 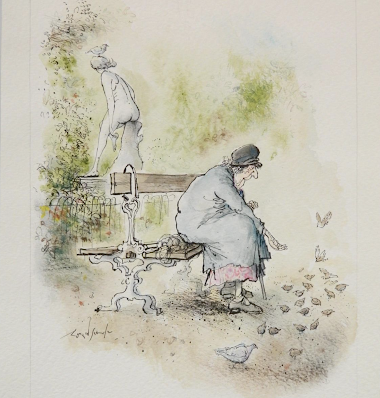 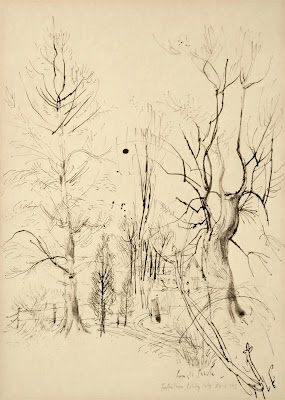 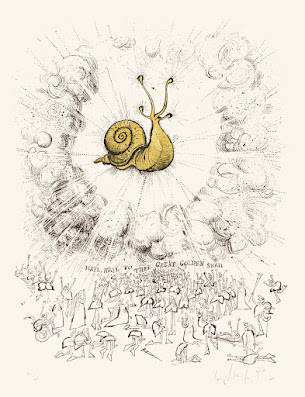 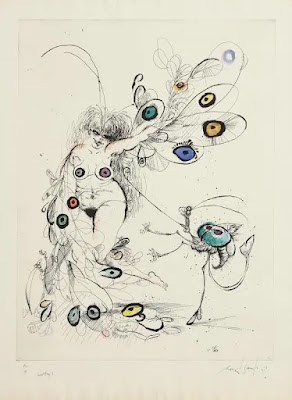 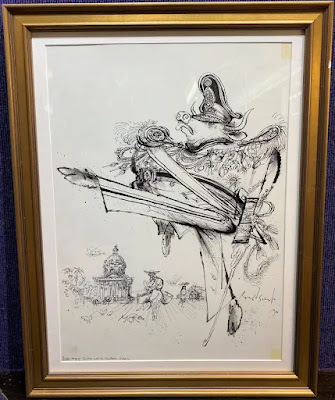 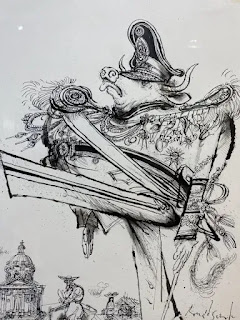 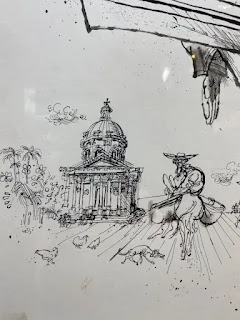 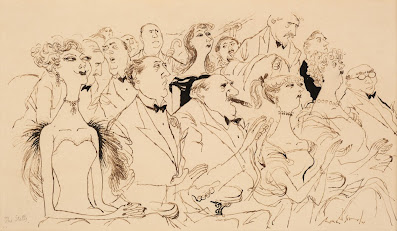 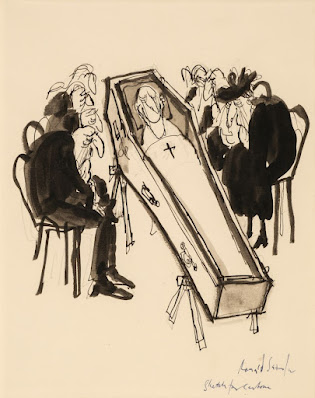 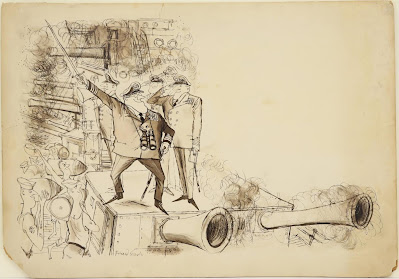 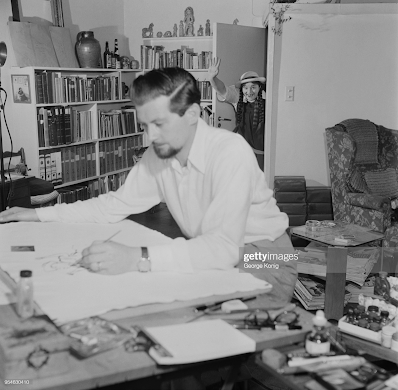 British cartoonist Ronald Searle (1920 - 2011), the creator of the St Trinian's School cartoons, gets a surprise visit from actress Hattie Jacques (1922 - 1980) at his studio in Bayswater, September 1952. Jacques is appearing in the' revue 'The Bells of St Martins' at the St Martin's Theatre, as a St Trinian's schoolgirl. (Photo by George Konig 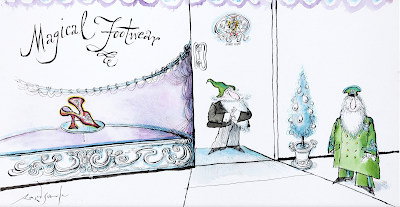 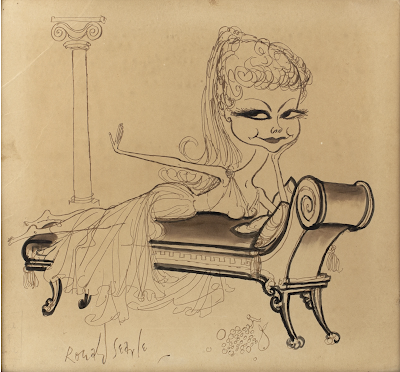 'The Seductress' (sold at auction) 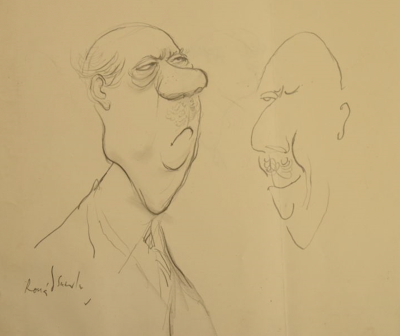 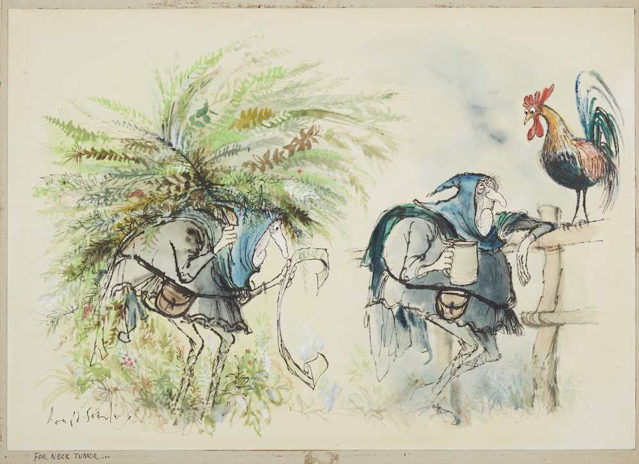