The same year that they worked together on 'The Twelve Days of Christmas' Searle and Toye collaborated on a musical stage production called 'Wild Thyme' with Searle designing the decor and poster artwork. 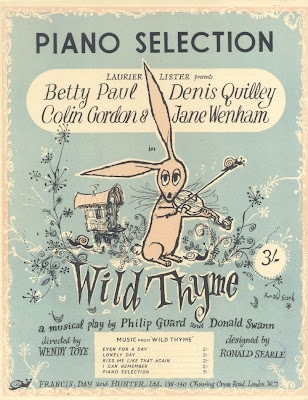 "WILD THYME" Music by Donald Swann (who also directed the Orchestra)
Eight page sixpenny programme from the Duke of York's Theatre for this production dated August 24th 1955 (the date has been recorded on the cover). It starred Denis Quilley, Betty Paul, Colin Gordon, Jane Wenham, Julian Orchard, Frank Duncan and Paul Manning. The decor and cover design was by Ronald Searle
"Also worthy of mention is the 1955 musical flop, Wild Thyme, which failed despite stage designs by Ronald Searle, who also created one of the best London posters ever produced." 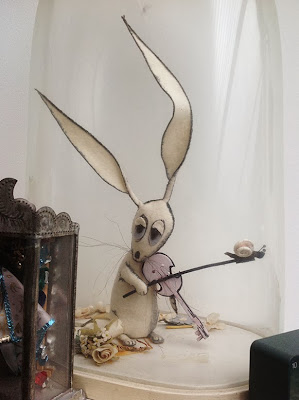 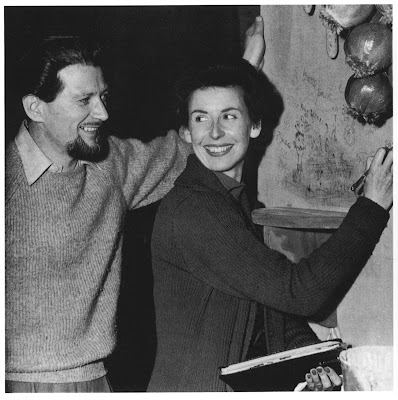 
'A railway porter meets a French singing star and they run off to the Devonshire coast of Wild Thyme. They are tracked down by his girlfriend and her impressario husband who brings them to their senses and offers him a singing contract.' 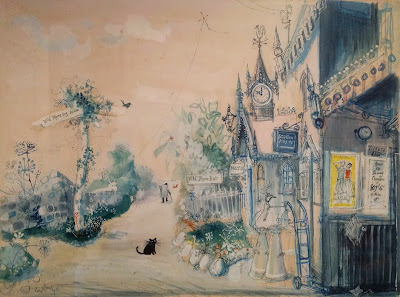 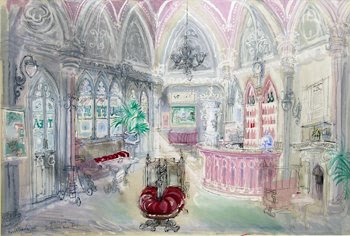 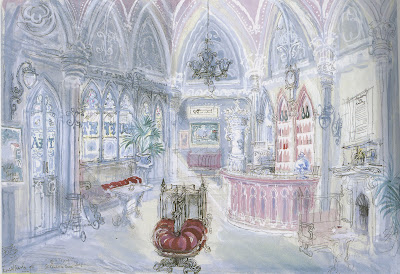 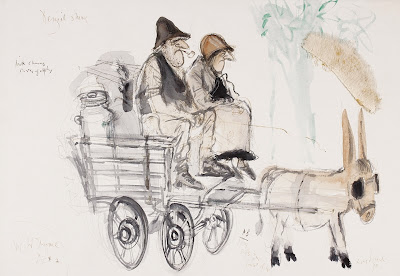 Design for Denzil and May 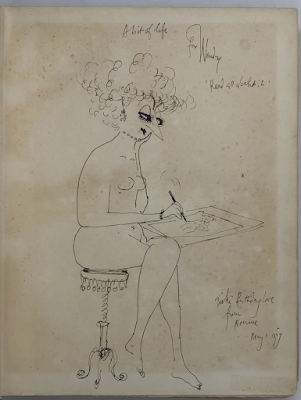 'The Art & Craft of Drawing - A presentation copy, inscribed in ink on the front free endpaper to his friend the dancer and film and stage director Wendy Toye 'A bit of life for Wendy ?Read all about it? with birthday love from Ronnie May 1 1957', alongside a full page original pen and ink drawing of a lady with no clothes on save for pearls and false eyelashes, seated on an elaborate stool, the lady with pen and sketchpad in each hand, drawing an equally naked lady. '


Searle has been involved with the theatre throughout his career in some capacity-directly designing productions or producing poster and brochure art. Then of course there are the scores of theatrical caricatures he produced for PUNCH magazine. 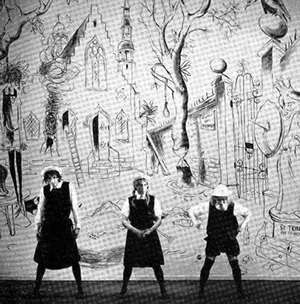 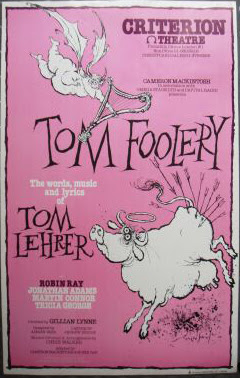 This poster was designed for the Theatre Production of TOMFOOLERY Music, book and lyrics by Tom Lehrer. Devised by Cameron Mackintosh Criterion Theatre, London: opened 5 June, 1980, closed 30 May 1981 then Top of the Gate Theatre, Off-Broadway - 3 December, 1981 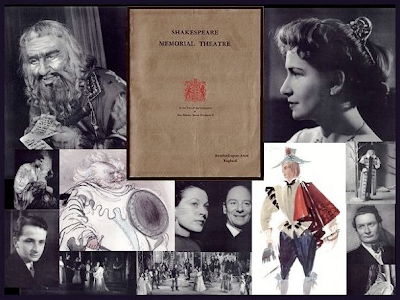 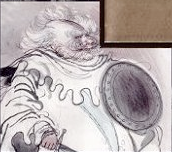 THIS IS FOR A 24 PAGE ORIGINAL THEATRE PROGRAMME.  IT IS FOR A CELEBRATION OF THE WORK OF DONALD SWANN & MICHAEL FLANDERS "UNDER THEIR HATS" AT THE KING'S HEAD THEATRE LONDON. 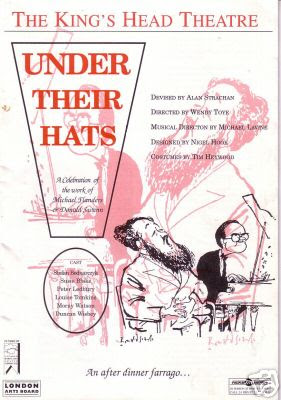 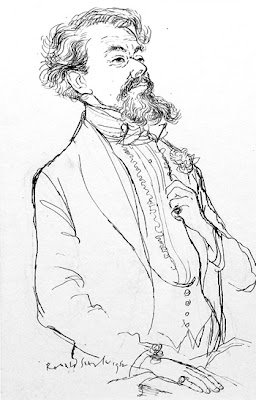 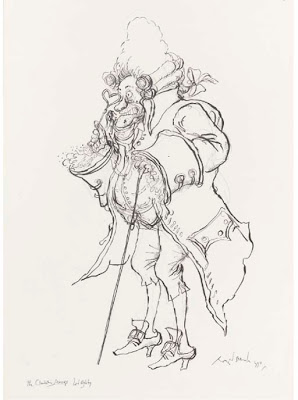 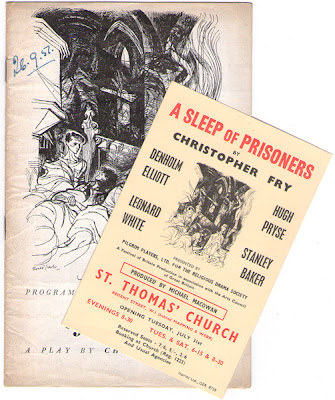 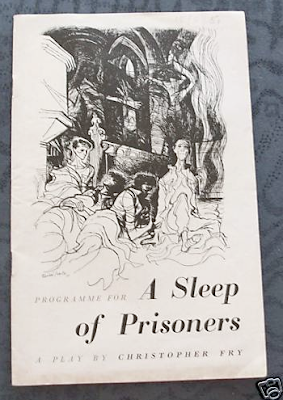 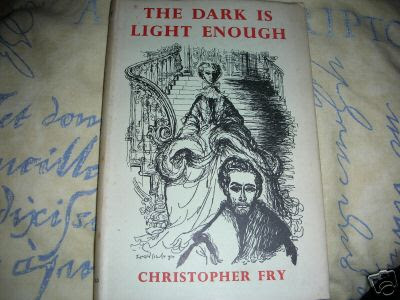 A 'winter comedy' by the playwright Christopher Fry, a first edn Geoffrey Cumberlege OUP (Oxford University Press). Character and cast list when it was in the West End included Peter Sallis and Peter Barkworth. A 'companion' play to the 'spring' The Lady's Not For Burning' and the autumn 'Venus Observed'. 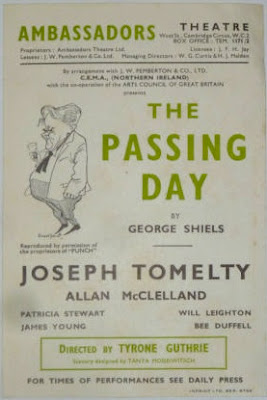 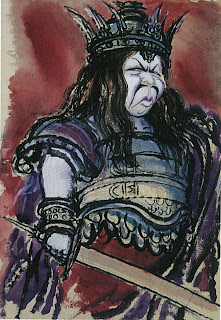 Donald Wolfit as Tumburlaine
Posted by Matt Jones at 7:00 AM