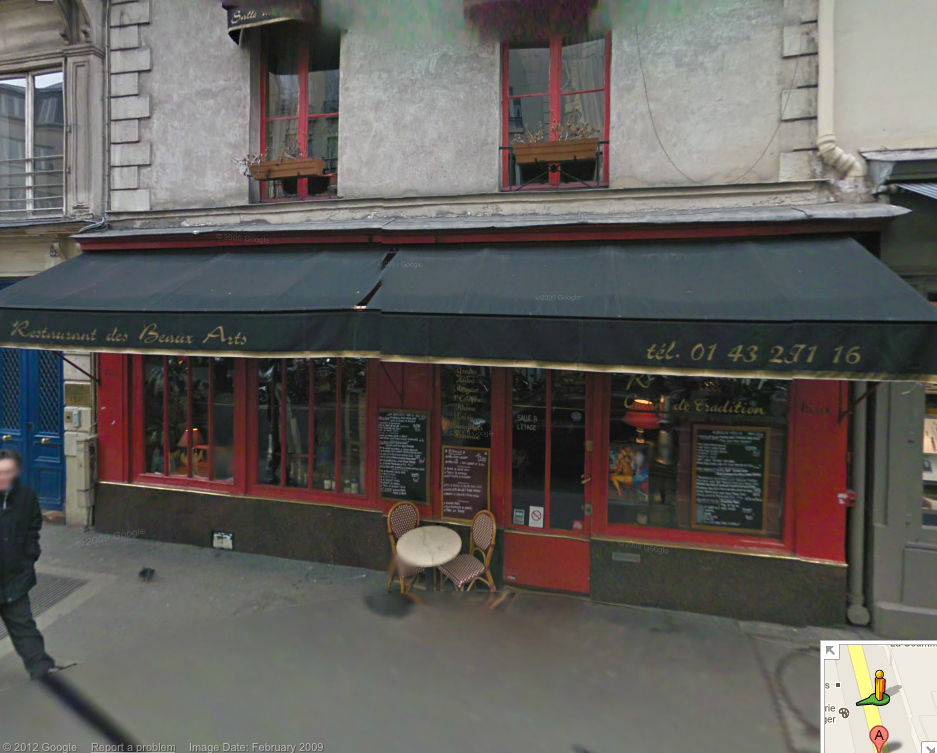 When Searle first moved to Paris in the 1970s he found a local restaurant on the left bank sympathetic to struggling artists. Like the cafes that supported some of the Impressionists and later Picasso and his associates the proprietor was happy to exchange food and wine for artwork. The suitably titled 'Restaurant des Beaux Arts' became the regular meeting place for Searle, his second wife Monica and a group of French cartoonists/satirists. Searle even hand lettered the canopy outside and embellished menus and business cards. 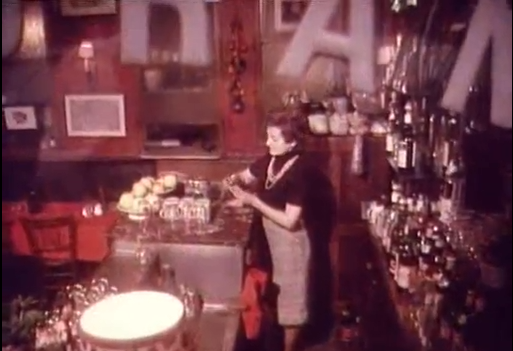 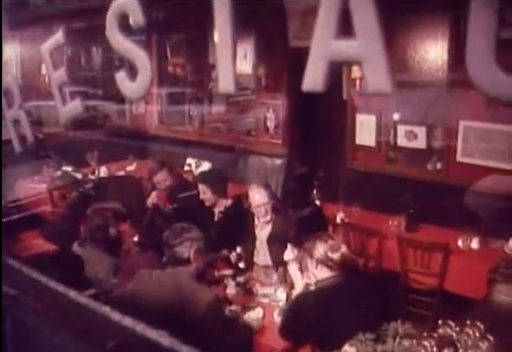 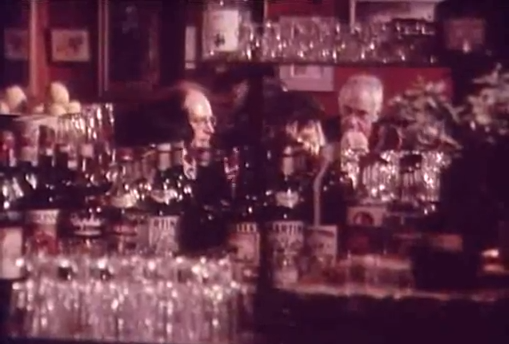 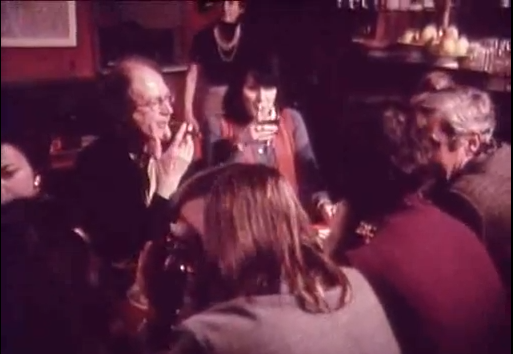 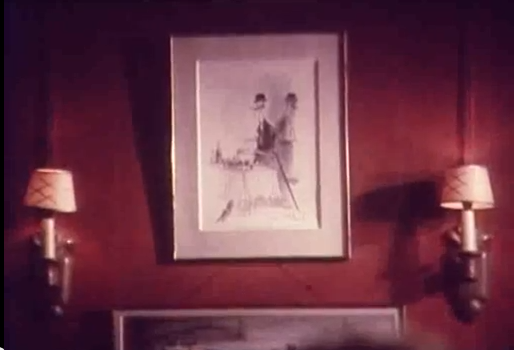 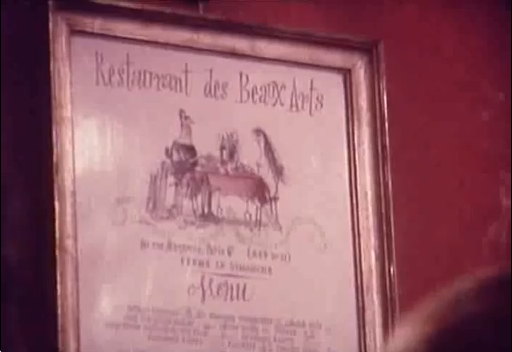 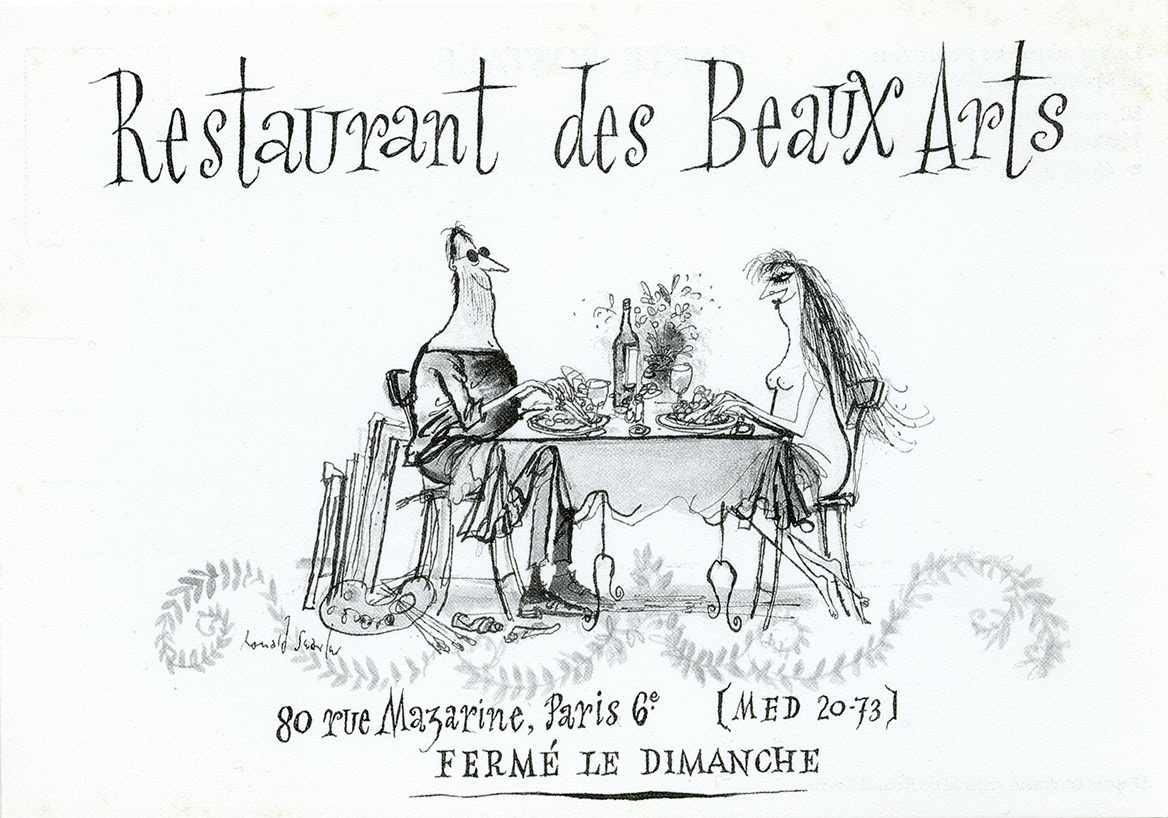 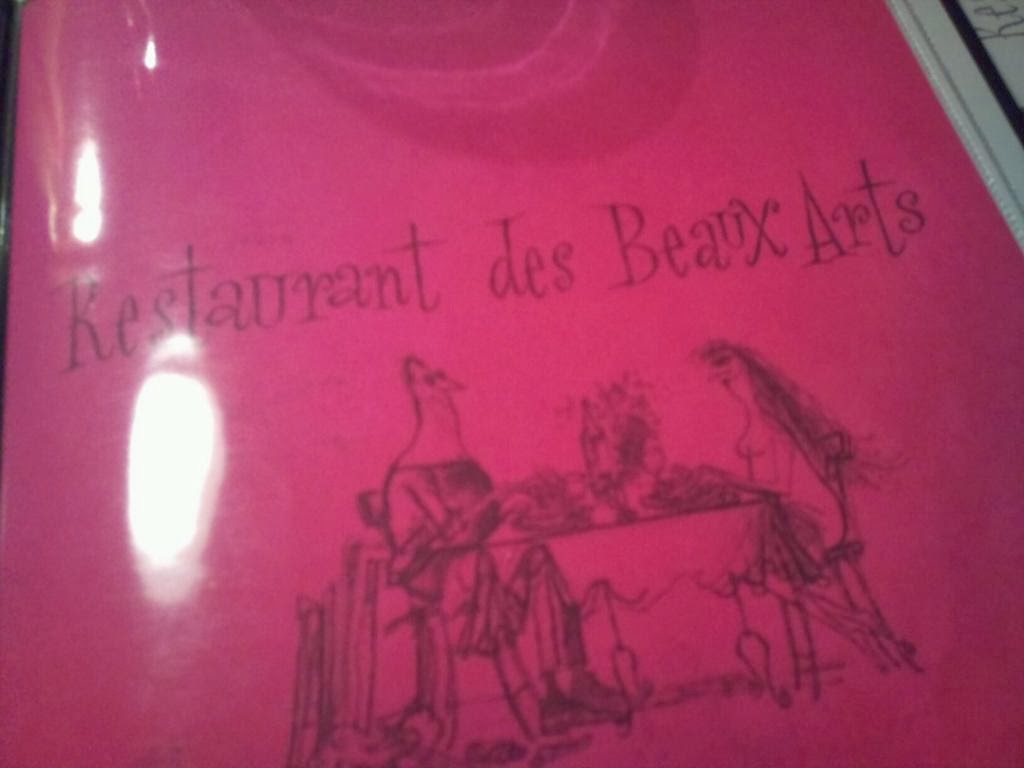 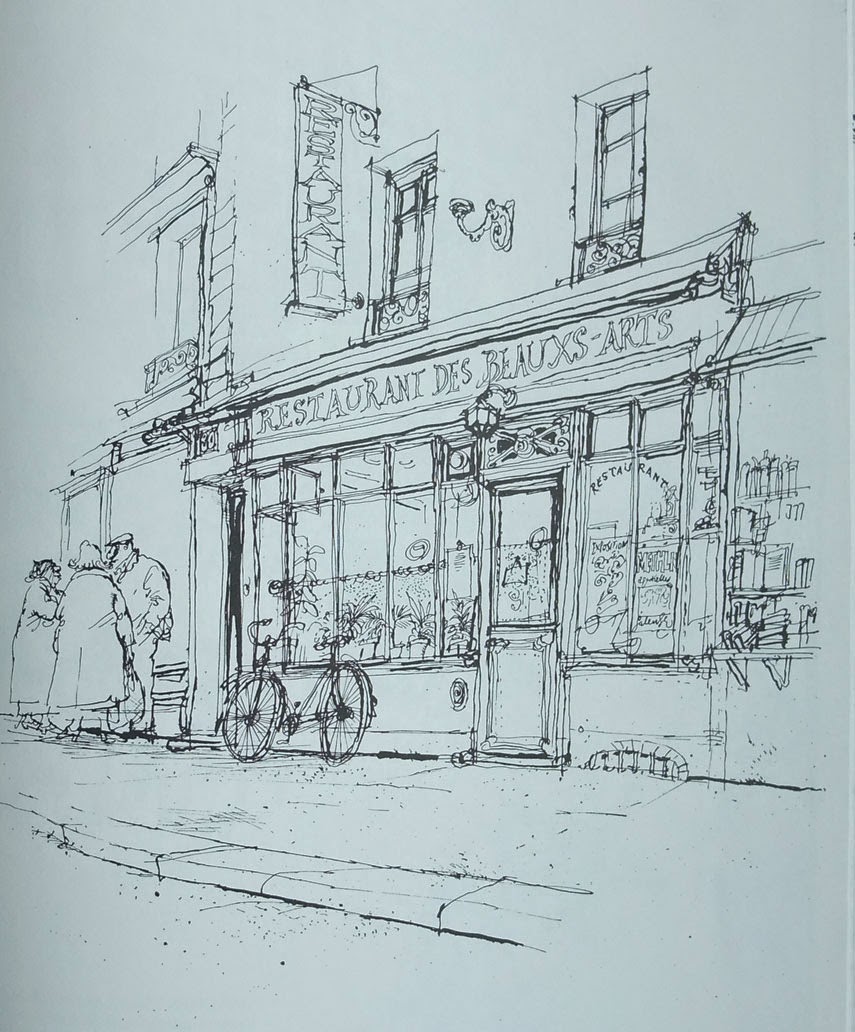 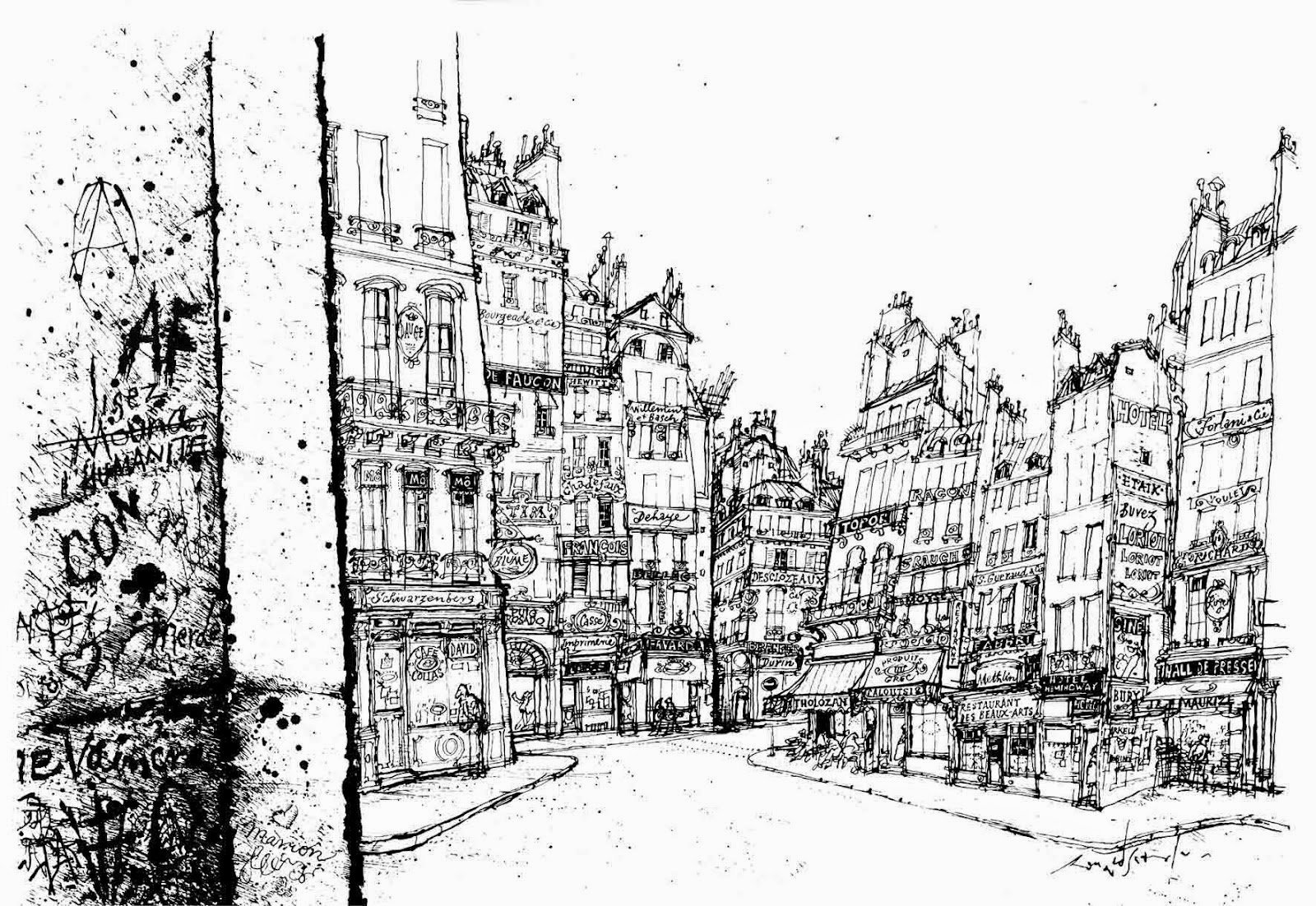 The name of the owner of the Restaurant des Beaux-Arts, Marcelle Methlin, is part of this wonderful tribute Searle made to all his French friends.  The restaurant itself is featured too.

(Thanks to Nancy Beiman)
Posted by Matt Jones at 6:59 PM