Ronald Searle tried to distance himself from the film adaptations of his St. Trinians, but remained appreciative for the extra income it brought. The last two films made by the modern incarnation of Ealing Films saw Searle benefit with a hefty check that kept him in champagne he said!

'The Wildcats of St. Trinians' was released in 1979 and even then bore little resemblance to Searle's creation, geared towards kids and Dads as Frank 'one take' Launder admits in the video below.   Searle isn't mentioned once either, perhaps thankfully?

I think everyone may have been doing this for the money, including the aging Launder and some of Britain's best known actors of the era. Searle agreed to do the poster art but it looks like it was massacred by an art director with other ideas. 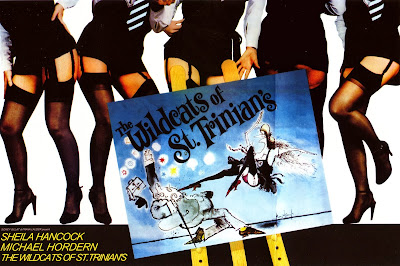 Searle himself appeares in The Belles of St. Trinian's (1954) as a visiting parent 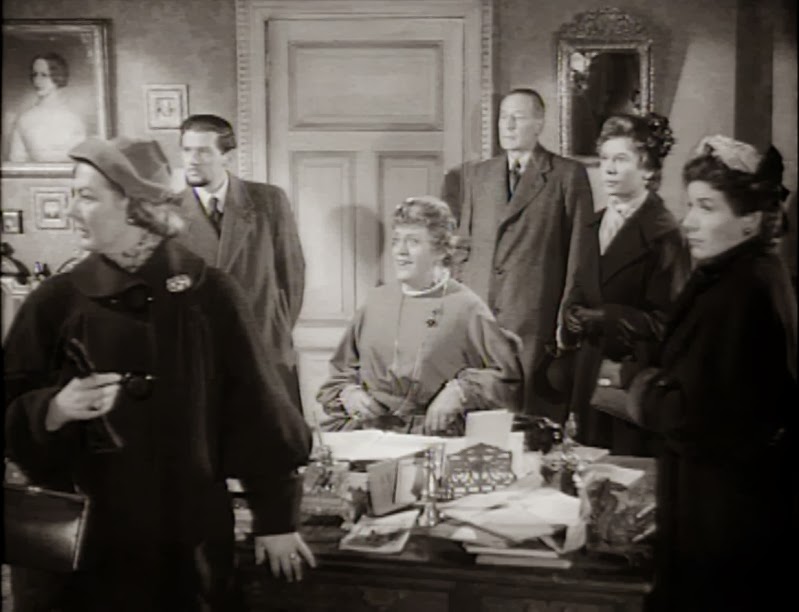