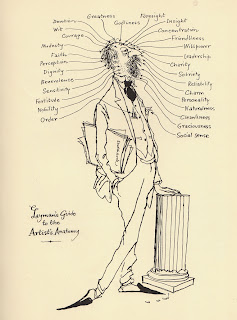 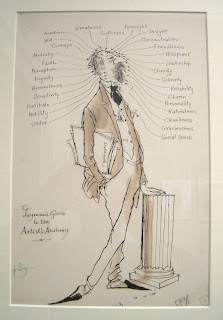 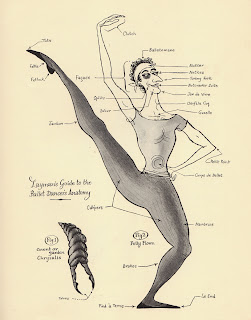 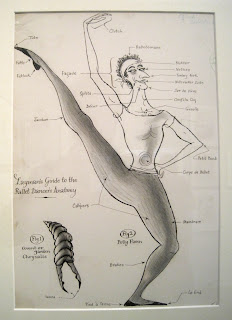 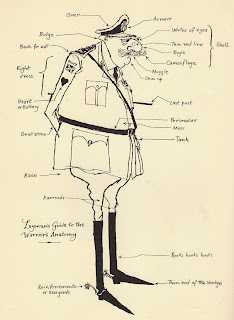 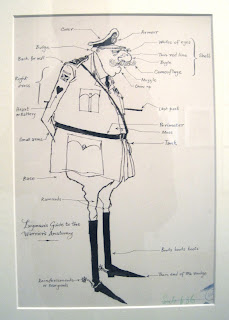 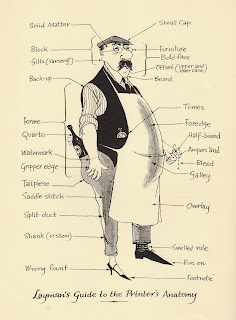 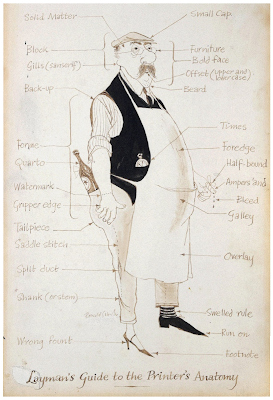 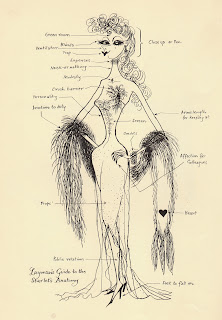 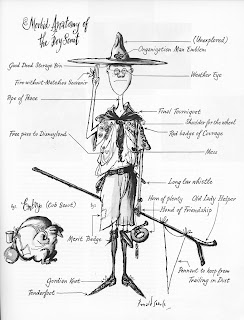 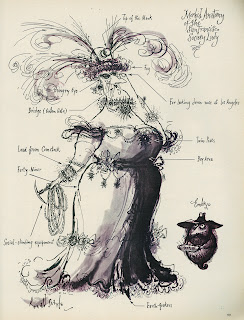 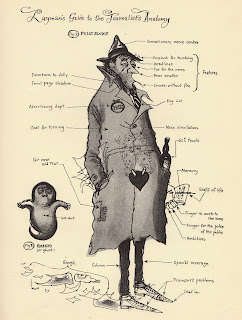 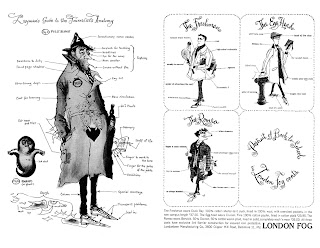 Searle's agent was forced to threaten legal action when the series was later ripped off for a print campaign advertising London Fog overcoats.   Vogue Magazine was good enough to commission the artist himself to produce this variation. . . 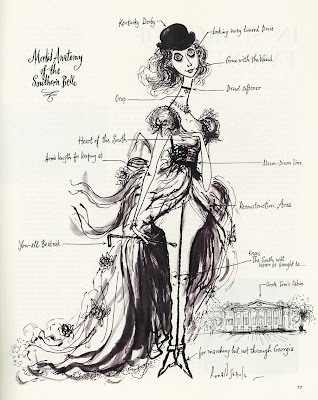 "I found this Ronald Searle illustration, which accompanies a tongue-in-cheek article on Southern mores and manners by North Carolina–born author Frances Gray Patton, in the November 1959 issue of Holiday magazine. . ." 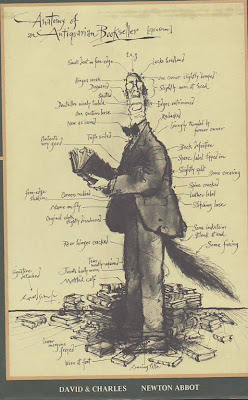 Anatomy of an Antiquarian Bookseller 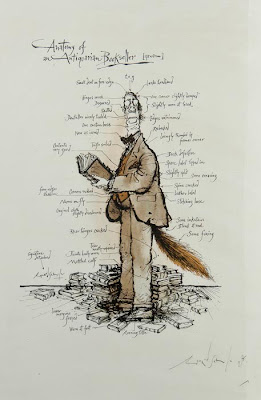 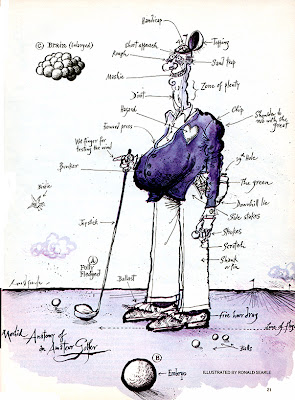 
The Morbid Anatomy was subsequently appropriated by other cartoonists. 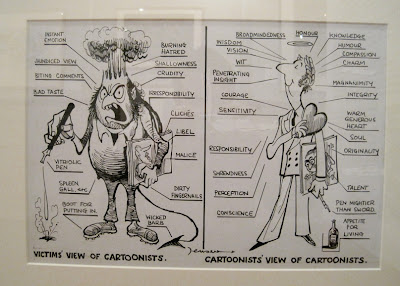 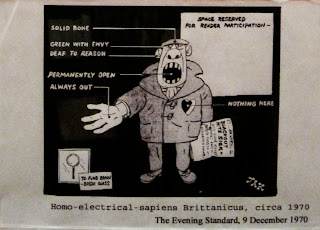 Cheers cheers. This blog know how to be topp. Thank yuou for this excellent celeebrayshun of my illustreeus creator, hem-hem, Ronald Searle.